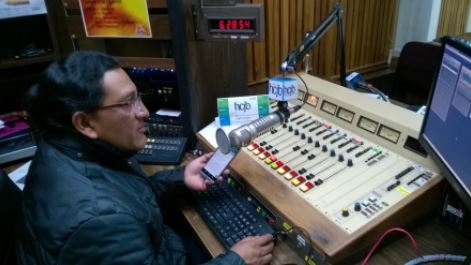 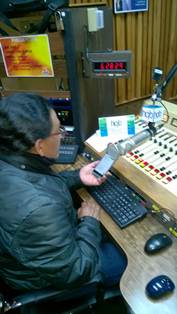 QUITO, ECUADOR (ANS – March 16, 2018) — As radio sharathons go, Radio HCJB’s Mision Compartida (Sharing the Mission) stands apart from other broadcast fundraisers. It occurs each year in the Ecuadorian cities of Quito and Guayaquil.

In the wee hours, Luis Santillan opens the microphone. After talking of Quichua-language music he has played, he looks at his smartphone and reads out some greetings. Many listeners prefer messaging on WhatsApp, a social media application. He shares their comments over the air before ending his programming to make way for Spanish-language broadcasts.

Meanwhile several hours earlier on the lawn outside, Santillan and his corps of volunteers had shut down their tent after receiving donations throughout the day. In-kind gifts have been a unique aspect of the Ecuador sharathon since it first began — eggs, honey, grains, farm animals, even a vehicle. Of more than a dozen indigenous groups in Ecuador, the majority are Quichua who live in the highlands and in the valleys of the Sierra region.

The station’s director is an Ecuadorian, Anabella Cabezas. She recounted how an elderly Quichua had brought in a radio, thinking it was broken. The staff had to say that no, it was not the radio. Instead, HCJB had left the AM band in late 2016. 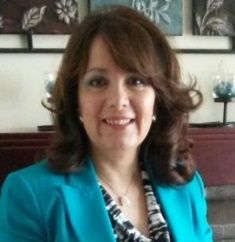 “What we do through Mision Compartida for the Quichua listeners,” Cabezas explained, “is give them mp3 players with programming in Quichua.” The audio files offer both music and Bible readings. Asked if these players go to the youth as well, she replied, “No they are listening to us by our [station’s] app.”

The goal, according to Cabezas, is to converge the station’s various means of communicating into a “radio web.” It will require of the media outlet, a higher Internet profile and “not only our programming in audio but. . .more and more content that can be used in any way the listener or people on the web can decide to use it,” she said. Specifically, young people gravitate toward viewing videos.

Prayer makes up a vital component of Mision Compartida as well, initially in the months leading up to the event and also during the open house on the grounds. “When they come here to the radio station,” Cabezas said, “we ask them if they have a prayer request and would like to pray with a counselor or with a pastor. When they call to make a pledge, we pray with them on the phone.”

With the three-day affair underway, it is a common scene to see people lined up, waiting for their turn with a counselor. People’s hunger to discover biblical solutions for life parallels the listener interest in a long-running counseling and prayer program, Al Oido (A Listening Ear) hosted by Pastor Marco and Marta Claudia Mosquera. 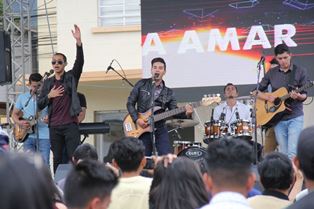 The Quito broadcasting team likes being more than a voice on the radio, according to Cabezas. The listeners are told over the air, “we want to see you; we want to give you a hug; we want to pray with you.” The broadcasters did not see the numbers of their stated goal — $450,000 to cover fiscal year 2018 expenses — appear on the tally board. However, as the team’s diminutive Ecuadorian director explained later, “we got close to $300,000, but we trust that throughout the year we can reach that goal.”

One year earlier, the Quito event raised around $300,000 and then received sufficient listener funding over the next 11 months to meet the goal. People who may wish to remain anonymous “just make their deposits every month,” according to Cabezas.

She said the fact that annual donations to HCJB surpass the final tally on an electronic Misión Compartida display board “is different” from other fundraisers. Furthermore, this difference has shown up consistently over some 17 years. Meanwhile in the coastal city of Guayaquil, HCJB-2 met the stated financial goal. 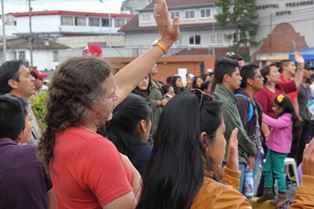 Sharathons do not generally hold out the hope of a new lease on life, but things are different at a broadcast facility where the liberating gospel of Jesus Christ has been shared day in and day out since 1931. Cabezas described how families visiting HCJB make a full day of it, buying meals from food truck vendors (a new addition in 2017), attending a free concert and taking time for prayer. In addition, “they listen to the testimonies [believers’ accounts] and they pray with the pastors—we have had people accepting God during these days in Mision Compartida.”

To be sure, finances are part of the scenario in which people bring what they can — including Sunday school students and their teachers with piggy banks of coins and bills. But as Cabezas says, they are also “special friends and brothers and sisters in Christ that need to be loved. As they give to the ministry, we want to show our appreciation to them.” Cabezas and her group of broadcasters view the fundraising days as the fruition of their day-to-day labors, not merely as a means of funding the operation.

Based on the promotional calendars given away, Cabezas estimates that some 3,000 visited HCJB in Quito. Cabezas said that the festive event offers an opportunity to “celebrate what God has done, telling others the stories of lives that have been transformed by God.” 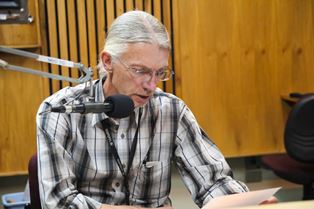 ** You may republish this or any of our ANS stories with attribution to the ASSIST News Service (www.assistnews.net). Please also tell your friends and colleagues that they can get a complimentary subscription to ANS by going to the website and signing up there