Top Posts
Colorado football coach Sanders’ unabashed faith
There’s A Light That Enters Houses With No...
Knowing the One Who Always Keeps His Word
Pregnancy Resource Centers Fight For Life Amidst Opposition
This World is Not Our Home
Lessons Learned From a Gingerbread House
Let There Be Peace on Earth
‘I Wanna Dance’ movie: Whitney Houston’s success and...
Fact Finding, Sight Seeing, and Prayer Walking
Kidney donation led to 8 life-saving surgeries
Home ANS Reports A Nation Reborn 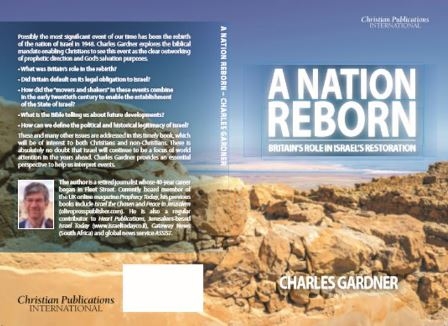 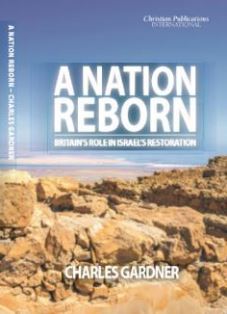 DONCASTER, UK (ANS – May 15, 2018) – A dark shadow of imminent war hangs over Israel’s 70th anniversary celebrations, just as it had done at the nation’s re-birth in 1948. But there is still much about which to rejoice, and I have personally added my own contribution with a new book.

A Nation Reborn: Britain’s role in Israel’s restoration is published by Christian Publications International (also available from Amazon) and is an attempt to bring clarity and truth to the hot potato that is Middle East politics.

As a journalist of more than 40 years who was conceived in Cape Town just months after the Jewish state was born, I have witnessed the miracle or modern Israel on three memorable visits within the last five years. 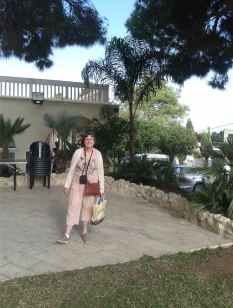 And in my semi-retirement from newspaper journalism, I am privileged to volunteer for the Church’s Ministry among Jewish people, who have been working towards the spiritual restoration of Israel for over 200 years.

One of our great callings as Gentile Christians is to bring comfort to God’s chosen people, who have experienced so much suffering at the hands of those who hate them, just as Jesus, the Jewish Messiah, was despised and rejected of men.

Like him, they were led like lambs to the slaughter during the Holocaust – and we too (in Britain) have blood on our hands, having played our part in causing them to suffer such terrible grief and horror – specifically in severely restricting Jewish immigration to the Holy Land just when they needed it most during the Nazi genocide. For that we must repent. 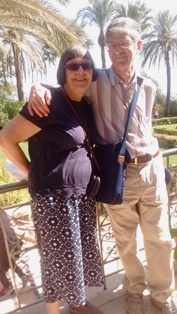 Yet out of the ashes – a valley of dry bones – rose a new nation reflecting something of the resurrection power of Christ. Surviving a series of wars against overwhelming odds to emerge as a world leader in hi-tech innovation and much else besides has been nothing short of miraculous. They are even first on the scene of major disasters to help other nations in distress while their doctors treat the wounded among their enemies.

And they have been so keen to live at peace with their neighbours that they have given up land to which they were legally entitled. But that hasn’t proved enough for Iran and its proxies, Hezbollah and Hamas, who have vowed to wipe Israel off the map.

However, God has not called us to join the UN-sponsored chorus of disapproval, but to “Comfort, comfort my people…” and tell them that “her sin has been paid for…” (Isaiah 40.1f)

Not only must we bless and support them, but we are especially charged to tell them that their sins have been paid for – in other words, that the Lord Jesus, whom we Christians serve, also died for them. We have the awesome privilege of sharing the good news that our beloved Christ is their Messiah, who came to seek the lost sheep of the house of Israel. 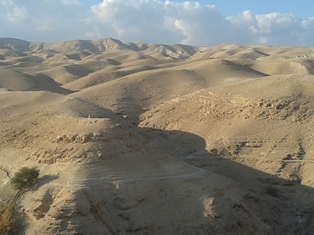 That is the chief reason for my book, though I have not flinched from tackling the political and historical legitimacy surrounding the issue.

Though I say so myself, the narrative flows seamlessly through 28 inspirational chapters from background to the Balfour Declaration to powerful testimonies of Jews and Arabs who have found both reconciliation and peace through the Jewish Messiah, Jesus Christ.

As the blurb promoting the book puts it, “…Charles writes passionately and fluently as he tackles a subject hardly ever out of the news both from a political and biblical perspective. As Israel takes centre stage in world affairs, this is a must-read for all who want to understand what her restoration means in the light of God’s eternal Word.”

Photo captions: 1) Book cover. 2) How beautiful on the mountains…Linda Gardner visits the Mt Carmel Congregation near Haifa, the first purpose-built premises for Israeli Messianic Jews in nearly 2,000 years. (Photo: Charles Gardner). 3) Charles and Linda Gardner in Galilee. (Photo: Michael Kenning). 4) An awesome view of the Judean Wilderness, where Jesus was tempted, taken from beside the old road from Jerusalem to Jericho.  (Picture: Charles Gardner). Charles and Linda Gardner at Caesarea on the Mediterranean coast, where the gospel was first received by Gentiles. (Picture by Michael Kenning). 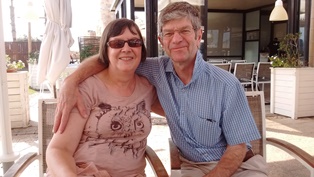