Top Posts
A Walk of Faith Begins with a Step...
God is Rich in Mercy
Everyone has a Story to Share
‘Till’ movie: Racial murder helped spark civil rights...
Leaning His Head On Jesus, This Evangelist Hears...
Timing, common ground, and fruitfulness in witness
Step Out of the Traffic
In Support of Ukraine
Living an Imperfect, Unfinished Life
‘Nothing is Impossible’ movie: Hoops, romance, second chances
Home ANS Feature Afghanistan: GFA World Calls On People to Pray, Fast Now for ‘Theater of Fear’

written by Gospel for Asia September 2, 2021

Wills Point, USA (ANS) – One of the world’s largest mission organizations is calling on Christians around the world not to carry on “like normal” while people in Afghanistan face terror, rape, and execution. 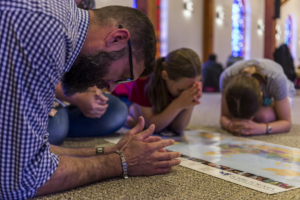 GFA World (www.gfa.org) is calling on Christians in the West to pray for Afghanistan.

“I pray that no church in the world worships and prays like it’s just another normal day over the coming weeks while the innocent in Afghanistan await the Taliban’s knock on their door,” said K.P. Yohannan (Metropolitan Yohan), founder of GFA World (www.gfa.org), a Christian organization that helps millions of vulnerable people globally.

As U.S. and allied troops complete their withdrawal from Afghanistan, Yohannan pleaded with people to “pray and fast” for the desperate situation.

“I can tell you now that many innocent people, including Christians, are likely going to die very soon in Afghanistan — and in other countries — at the hands of emboldened terrorists,” he said.

“These precious men, women and children need our prayers more than ever before.”

“All the Afghan people — not only Christians — are living in a theater of fear,” Yohannan said. “I just heard first-hand reports that many people — and entire families — have been wandering in the desert wilderness for over a week, desperate to escape the country.”

According to reports, the Taliban are going door-to-door, hunting for Christians as well as Afghans who’ve assisted the United States. Males face execution on the spot, while women are raped and girls taken and forced into sexual slavery.

“Many in Afghanistan genuinely fear they will not see tomorrow,” Yohannan said. “The knock on their door could be the last they hear.”

“None of us should be acting like life is ‘normal’ while our brothers and sisters in Afghanistan wait in dread for the Taliban to come to their door. God moves when we choose to enter into the suffering of others. We need to be on our knees in prayer now.”