Top Posts
Knowing the One Who Always Keeps His Word
Pregnancy Resource Centers Fight For Life Amidst Opposition
This World is Not Our Home
Lessons Learned From a Gingerbread House
Let There Be Peace on Earth
‘I Wanna Dance’ movie: Whitney Houston’s success and...
Fact Finding, Sight Seeing, and Prayer Walking
Kidney donation led to 8 life-saving surgeries
The Power of Curiosity
When Love Came Down at Christmas
Home ANS Feature Bishop calls on MPs to sacrifice principles to solve Brexit

Bishop calls on MPs to sacrifice principles to solve Brexit

PETERBOROUGH, UNITED KINGDOM (ANS) — An Anglican bishop is calling on MPs to sacrifice some of their principals and come together to find a solution for Brexit.

According to Marcus Jones of London’s Premiere Radio, Rt Rev Donald Allister of Peterborough is sitting in the House of Lords this week as politicians, in the Commons next door, vote on what to do next.

The outcomes aren’t binding but will give Theresa May an idea of what the preferred choices are. 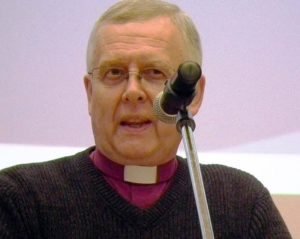 “I certainly hope that MPs will be able to come to a compromise this week,” he said. “No one’s going to get all that they want. It’s simply not possible, the numbers in the indicative votes have proved that so far.”

He added: “It’s time that people sacrifice some of their principles and came together in a good British spirit of pragmatism and working together for the common good.”

Conservative MPs are to be given a free vote as the House of Commons seeks an alternative to Theresa May’s EU withdrawal deal, but Cabinet ministers will be told to abstain.

Alternatives on offer are likely to include a customs agreement with the EU, a second referendum on any deal and a power for MPs to vote to block a no-deal Brexit.

Chinese authorities offer rewards to those who snitch on Christians