Top Posts
There’s A Light That Enters Houses With No...
Knowing the One Who Always Keeps His Word
Pregnancy Resource Centers Fight For Life Amidst Opposition
This World is Not Our Home
Lessons Learned From a Gingerbread House
Let There Be Peace on Earth
‘I Wanna Dance’ movie: Whitney Houston’s success and...
Fact Finding, Sight Seeing, and Prayer Walking
Kidney donation led to 8 life-saving surgeries
The Power of Curiosity
Home World MissionsPersecution Children Massacred in Assault on Syrian Christian Town

WASHINGTON D.C. (ANS) —  Five children playing near a monastery, and one woman on a nearby street, were killed as a result of heavy shelling on the Syrian Christian town of al-Suqaylabiyah came under heavy assault on May 12, 2019.

Eight others, including six children, were wounded. The assault against the town continues through today, according to International Christian Concern (ICC). 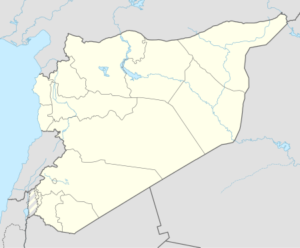 “The kids went out to play after some days of calm,” Father Maher Haddad, a local priest, told the Associated Press. The report continued, “A rocket struck near a group of children, instantly killing five and wounding others… the woman was killed in a nearby street by a separate rocket.”

ICC said the deceased children were aged between six and 10. While two of the children’s names have not been made public, the names of the other three children are Inzik Ruzuk, Suheir Jarzas, and Jessica Samardzin. The name of the woman killed is Hala Makaskas.

According to the ICC report, the author of this assault is unknown, although it was observed that the rockets were fired from nearby Idlib. Al-Qaeda affiliate Tahrir al-Sham is active in Idlib and has a history of attempting to seize Christian towns in the area of al-Suqaylabiyah. However, some believe that the rockets originated from militants backed by Turkey through the National Liberation Front. The town has suffered widespread material damage as a result of the attack.

Syrian state media says that the regime is currently retaliating against the al-Suqaylabiyah attack, although whom they are targeting is not clear. This retaliation comes in the context of the regime already having increased its own assault on Idlib through raids and the dropping of illegal barrel bombs.

“The rebel-held areas of Idlib province and northern Homs province have been under sustained attack by the Syrian regime since April 30, killing and wounding dozens while forcing some 150,000 people to flee their homes in rebel-held areas,” reported al-Araby.

The Syrian Observatory for Human Rights reports that the violence in the broader area has increased at an alarming pace. It said, “The death toll rises… 450 people in the period since the morning of the 20th of April 2019 until the 12th of May 2019.”

Claire Evans, ICC’s Regional Manager for the Middle East, said, “The Syrian Civil War is a sad example of the indiscriminate killing of civilians and senseless violence. As the situation escalates in Idlib, many have warned that an increase of targeted massacres would be the result. It has started—with Christians paying a high cost as they are often viewed as vulnerable, second-class citizens. Their villages have become a pawn in a greater strategy for the multiple factions involved in the civil war.

“We must keep the families of the deceased in our prayers, and offer up continued prayers for the safety of those believers who find themselves caught between Syria’s warring sides.”

The four children and one woman killed in the attack

No group has claimed responsibility for the attack on the Assyrian town.

Syria’s Christian population, particularly the Assyrians, have been the target of attacks by Muslim groups since the beginning of the war on Syria.

In 2015 ISIS attacked the 35 Assyrian villages on the Khabour river in the Hasakah province and kidnapped 274 Assyrians. 21 were released within one week, three were executed and the remaining were ransomed.