Top Posts
Knowing the One Who Always Keeps His Word
Pregnancy Resource Centers Fight For Life Amidst Opposition
This World is Not Our Home
Lessons Learned From a Gingerbread House
Let There Be Peace on Earth
‘I Wanna Dance’ movie: Whitney Houston’s success and...
Fact Finding, Sight Seeing, and Prayer Walking
Kidney donation led to 8 life-saving surgeries
The Power of Curiosity
When Love Came Down at Christmas
Home ANS Feature Chinese New Year – More Persecution in Prospect

Orpington, England (ANS) – The Chinese New Year on February 12 looks set to herald another year of crackdown against Christians and religious minorities in the country, warns UK-based Release International, which supports persecuted Christians around the world. 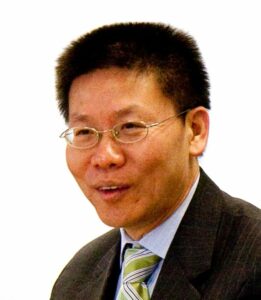 2020 saw an increase in the mass digital surveillance of Christians and Uyghur Muslims, as part of President Xi Jinping’s sinicisation campaign – a sharp tightening of control over any signs of difference or suspected dissidence in China.

That growing intolerance is evident in Hong Kong, where the clampdown on democracy campaigners has been watched with dismay around the world.

‘The Chinese authorities have also been moving under cover of Covid to accelerate their crackdown against the Chinese Church,’ says Paul Robinson, the CEO of Release International.

‘Our partners say persecution is now as severe as at any time since Mao’s Cultural Revolution. Given the ongoing repression in Hong Kong and of the Uyghur people, increased persecution for the Church over the Chinese New Year seems inevitable.

‘Not only have we seen continued attempts to eradicate the house church movement, but we’ve seen China taking increasingly public steps towards shutting down and controlling its officially sanctioned churches, including demolition.’

China has developed a powerful system of digital surveillance, which it has integrated with the apparatus of the state. The country is said to have installed more than half a billion surveillance cameras, many with state-of-the-art face-recognition systems.

These are linked to China’s social credit system, giving the authorities the means to punish so-called offenders by deducting their welfare or pension payments.

‘Digital authoritarianism is a growing challenge,’ says Release partner Bob Fu, a pro-democracy campaigner who was driven into exile. ‘The Chinese Communist Party has hundreds of millions of face-recognition cameras all over China. They keep watch over every street corner, from the four walls of church buildings and even from pulpits.’

Online worship or prayer meetings – a lifeline for the rest of the world during lockdown – have been banned. China has an army of cyber-security forces, professional and volunteers, monitoring the Internet, tasked with reporting illegal religious online activities.

Similar advanced surveillance techniques have been used against the persecuted Uyghur people in Xinjiang. According to Bob Fu of ChinaAid: ‘Many of the farmers in Xinjiang were forced to buy a smartphone pre-programmed by the Public Security Bureau with spy software.’

Upwards of a million Uyghurs have been rounded up into re-education camps – some observers believe the figure could be as high as 1.8 million.

Most of the Uyghur people are Muslims, but among them are Christians, who face persecution because of both their ethnicity and their faith.

One such is agriculturalist Alimujiang Yimiti. He was arrested in 2008 and sentenced to 15 years in prison for allegedly leaking state secrets.

Alimujiang told a friend over the phone that Chinese citizens were being monitored by their own state security.

He was clearly right about that, because his own phone was being bugged and he was arrested.

And for stating what is widely known and clearly visible on every street corner, he was accused of leaking a state secret.

Alimujiang was sent to prison and made to wear headphones tuned into communist propaganda 24 hours a day. He was also forced to memorise and repeat what he heard.

There have been reports that brainwashing of this nature is being carried out against the Uyghur people in China’s so-called re-education camps.

And similar Orwellian techniques are being used against churches in China. Many churches have been ordered to tear down the crosses from their rooftops. Lawyers who try to defend the right to display the Christian cross have been disbarred. Some have been abducted, held incognito and forced into making confessions without legal representation of their own. There are persistent and credible reports that China is torturing lawyers to extract these confessions.

Under their crackdown on the Church, China has barred parents from taking their children to services, the Communist Party flag has to be openly displayed, and pastors are required to pledge in writing their absolute loyalty to the Party and the ideology of President Xi Jinping.

One of the most heavily persecuted churches is the Early Rain Covenant Church in Chengdu.

The church has been under severe attack since 2018, says Release International partner Bob Fu. More than 200 elders, pastors and deacons have been arrested, and its Pastor, Wang Yi, has been convicted and sentenced to nine-years’ imprisonment, accused of subversion of state power.

The evidence was based on his sermons from the pulpit, when he called on President Xi Jinping to stop his repressive religious policy and accept Jesus Christ as his saviour.

‘It has always been the mandate of the Church to speak truth to power,’ says Paul Robinson of Release International. ‘To fail to do so would be for the Church to fail in its God-given calling. When those in power try to silence the Church, they are also trying to silence the conscience of the nation.’

Here again, there is evidence that torture has been used to interrogate church members.

‘Our investigations show that at least 80 members of the Early Rain Covenant Church were tortured, physically and mentally – some very severely, to the point where they are still struggling with mental challenges,’ said Bob Fu.

Yet, as is so often the case with persecution, far from destroying the Church, the repression concentrates the mind, sharpens the resolve and refines the Church.

‘Despite the severe persecution, extreme surveillance and forced eviction of many from their homes, the church is actually growing,’ says Bob Fu. ‘Many new believers have been baptised.

‘Chinese church history under 70 years of communist persecution shows that this new wave of repression will only revive his church and accelerate church growth.

To gauge China’s direction of travel over its New Year and the prospects for Christians facing persecution, we need look no further than events in Hong Kong.

Says Bob Fu: ‘The crackdown is so severe in some areas of Hong Kong that freedom of speech and freedom of association is actually worse than in mainland China. There is arbitrary detention, massive surveillance and a huge crackdown of legally elected legislators.’

This is also impacting the Church in Hong Kong. ‘One church has had its bank account frozen, just for considering helping victims of political persecution.

Repression in Hong Kong or of the Uyghurs points to a Chinese New Year of persecution in prospect for the Church across China.

‘Across China we see essential freedoms being stripped away,’ says Paul Robinson of Release International. ‘We continue to urge China to entrust its own citizens with that most basic freedom of all – freedom of worship.’