Top Posts
Colorado football coach Sanders’ unabashed faith
There’s A Light That Enters Houses With No...
Knowing the One Who Always Keeps His Word
Pregnancy Resource Centers Fight For Life Amidst Opposition
This World is Not Our Home
Lessons Learned From a Gingerbread House
Let There Be Peace on Earth
‘I Wanna Dance’ movie: Whitney Houston’s success and...
Fact Finding, Sight Seeing, and Prayer Walking
Kidney donation led to 8 life-saving surgeries
Home ANS Feature Composer, John Rutter: An Example of Common Grace 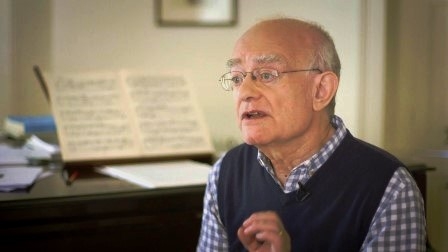 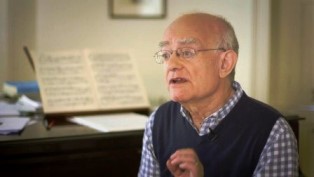 SANTA, FE, NEW MEXICO (ANS — January 14, 2018) — In the December 16th, 2017 issue of the New York Times, journalist Michael White wrote an article entitled The Composer Who Owns Christmas.   The article was about the music and life of British composer John Rutter.

For those not familiar with Rutter, a quick word is in store. Born on September 24th, 1945 in London, Rutter was the son of a chemist. But his personal interests gravitated towards music. Rutter attended Highhgate School, along with fellow students John Tavener, Brian Chapple, and Howard Shelley; all would go on to have an impact in the world of music. Rutter later attended Clare College, Cambridge. While in college he joined the choir and wrote music for vocal ensembles, publishing compositions before he graduated.

After graduation Rutter stayed on at Cambridge, forming the Cambridge Singers — an ensemble whose primary focus was sacred music.  In addition to his various hymns, carols, and a few instrumentals, Rutter wrote four large-scale vocal works: Gloria (1974), Requiem (1985), Magnificat (1990), and Mass of the Children (2003).   His Requiem was so well received, particularly in the United States, that it was used at the memorial for the victims of 9-11. To say the least, Rutter’s music is loved the world over.

I, too, am an admirer of the Requiem, finding its lovely melodies and emotive characteristics enticing; the music has a way to stick with you. So when the opportunity came to attend a concert of the Requiem in Santa Fe, I jumped at the chance. Conducted by Dr. Linda Raney of the First Presbyterian Church of Santa Fe, the performance consisted of choir, cellist, trumpeter, and organist. As expected, all who attended the concert welcomed the music with enraptured applause at the end. 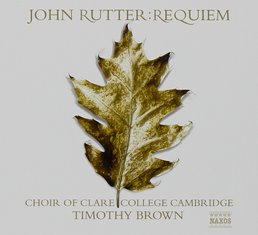 But here’s the interesting thing about Rutter — at least for me: he is not necessarily a practicing Christian. This is odd. For all his celebrated Christian compositions, the man does not claim to be a religious person. In the above-mentioned article by Michael White, Rutter stated, “I love the Church of England. When I set a sacred text, I enter it with all my heart. But I’m more a supporter than a specific believer. I have a problem signing on dotted lines.”

I take Rutter’s statements — “more of a supporter” and “signing on dotted lines” — to mean that he has trouble with particular doctrines of the Christian faith. What these doctrines are is not stated in the article; we can only guess. But as Rutter stated, he “supports” and not supposes that what he puts to music is true. Put another way, the music Rutter writes, though carrying Christian claims, comes from a mind that does not correspond to the truth written.

Rutter’s musical output stands in contrast to fellow student at Highgate School, composer John Tavener (1944-2013). Tavener was a noted art composer and a believing Christian [2]. First championed in his career by The Beatles, Tavener went on to write numinous music integrating his faith in a highly artistic voice. Not so with Rutter, there seems to be disconnect between religious confidence and his musical compositions.

A question arises: should we consider Rutter’s music Christian? If the person composing the music does not believe, is the composition he or she created still Christian? I don’t have much room in an article to unpack this weighty matter. But to answer it simply, I’d say, yes; it still is a Christian work.

Why? I propose three reasons: common grace, content, and the classification of music — it exists. 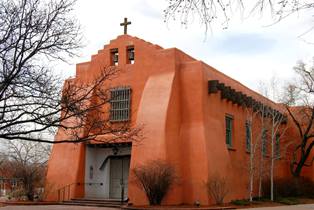 First, when I think of music — or any of the arts — my mind turns to the theological principle of common grace. Rightfully understood, common grace refers to that which is common to all of humanity, those shared benefits every human being partakes. These benefits come in the form of creation (the natural world) and culture (the humanities, arts, and civilization). Common grace is differentiated from saving grace in that the later conjoins salvation of the individual (the theological term of justification). Common grace is God’s gift to every human being — past, present, and future; saving grace is God’s gift to those who receive and believe. In short, common graces are gifts given by God to humanity — to be enjoyed and cultivated — regardless of belief; all people partake. Rutter’s music is an example of common grace.

Third, Rutter’s compositions — or any music for that matter — points to something greater; a class of things that exits that provide an analogy for a Creator. Just as a composition needs a composer, being (existence, creation) needs a Necessary Being (a Creator). So yes, God does speak through His common grace in creation and culture, but He also speaks through being—our very existence. And since music exists, it acts as evidence of something greater than just waves vibrating in the air.

Furthermore, as participants in God’s creation, people (whether they know it or not), can convey God’s truth in many ways: science, art, history, or abstracts (math, logic, consciousness, etc.). Put another way: someone does not need to be a Christian in order to position God’s truth.  As an example, a mathematician does not need be a Christian to correctly state 1 + 1 = 2; it is true regardless of the person’s belief; it corresponds to reality. Likewise, a composer can do something similar: proclaim truth without believing or understanding the foundation for the truth. Through the act of composition, the composer takes forms that exist (melody, notes, time signature, etc.) and creates music—a song, symphony, or violin solo. Composition is a reflection, even a summary, of God’s creative nature: the ability to create and convey emotion. The major difference between humans and God is that the Lord creates ex-nihilo—out of nothing, taking what He created and making something new, whereas humans take from God’s created order to construct, a borrowed creativity, if you will — all leading back to common grace. But enough said. 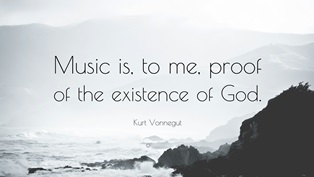 So is Rutter’s music Christian? Yes. Its very nature (existence) and lyrical content (framed by a Christian worldview) make the music Christian. And though Rutter may have problems with particular Christian doctrines, this does not undermine the truthfulness of what he is composing. Just like someone who may not like that 1+ 2= 3, the reality of someone’s opinion concerning the answer does not wane its truthfulness: it corresponds to reality regardless to his or her likes/dislikes or understanding/acceptance. The tension between Rutter’s worldview and work is his own doing; an intellectual wrestling match of a particular human being, but it doesn’t weaken the work or message found within the music.

In the end, it is the mind of the individual person that interprets common grace in a particular fashion: either for God’s glory (a theistic view) or man’s glory (a humanistic view). I choose God; Rutter may choose man (I’m only guessing here. He may, too, choose God). As I see it: music is a signpost of God’s grace; the harmonic tones are likened God’s opulence and order, with notes that ring out—a symphony for those who have ears to hear, filling our senses with His truth, beauty, and goodness.

I’m pleased that men such as Rutter — though having trouble “signing on the dotted line” — still can put the following lyrics to beautiful music: Blessed Lord Jesus, grant them eternal rest (Pie Jesus). And though I don’t think John Rutter “owns Christmas” — as the reference in the opening paragraph, suggests, I’m sure glad he writes about the person who does — Jesus of Nazareth.  My hope is that one day Rutter’s music will match the majesty of what his compositions contain.

About the writer: Brian Nixon is a writer, artist, musician, and clergyman. He’s a graduate of California State University, Stanislaus (BA), Veritas Seminary (MA),  and is a Fellow at Oxford Graduate School (D.Phil.). To learn more, click here: http://en.wikipedia.org/wiki/Brian_Nixon