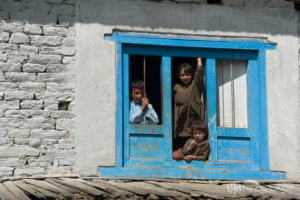 COVID-19 is feeding the “growing evil” of human trafficking, pulling more of the world’s children into slavery and sexual exploitation

The pandemic has “cemented human trafficking as the third biggest illicit trade on the planet, behind illegal arms sales and drugs,” says the report by Texas-based humanitarian agency Gospel for Asia (GFA World, www.gfa.org).

“The global pandemic has only heightened the desperation of those at risk and deepened the cunning of the traffickers,” says the report, (https://www.gfa.org/press/human-trafficking/), citing worsening poverty and hunger as key drivers of the $150 billion a year global slave trade.

“The horrific exploitation of children and young adults for sex and forced labor is the most vile crime,” said GFA World founder K.P. Yohannan. “We must act now to cut off this growing evil.”

Travel and border restrictions — intended to slow the spread of the virus — have driven traffickers underground and made victims more difficult to identify, the report says. Of the estimated 20-30 million slaves in the world today, four out of every five are women or girls.

The surge in online activity due to lockdowns is giving traffickers a wider net to entrap potential victims, including children. Police in Canada warn that “chatter in dark web forums” shows predators view the pandemic as an opportunity to lure children into the sex industry.

In some parts of Asia, traffickers enlist or coerce parents and other relatives to sell their children to “placement agencies” — fronts for domestic slavery.

Predators are even “masquerading as helpers” to find new victims. “Forced prostitution and chosen sex work are going to acquire a new momentum in the post-COVID-19 world,” the report says.

Interpol, the international police agency, says the pandemic “has not blunted the determination of organized crime groups to prey on the vulnerable.”

Traffickers are taking even greater risks, too often resulting in the tragic deaths of their victims. In March, 64 African migrants suffocated in a shipping container; in May, 39 Vietnamese migrants were found dead in a refrigerated truck in England; and in June, a former official in Arkansas pleaded guilty to smuggling women into the U.S. to put their babies up for adoption.

In Europe’s lucrative soccer industry, it’s estimated there are 15,000 trafficking victims every year.

Faith-based humanitarian groups like GFA World and International Justice Mission are on the frontlines in the fight against slavery — with GFA World’s indigenous workers acting as “emergency interceptors” in city slums and remote villages where millions are easy prey for predators.

“Through vocational training for women, protecting girls by providing safe water access, and our Bridge of Hope children’s program, we’re saving tens of thousands from falling victim to traffickers,” said Yohannan, author of Never Give Up. “This is how we confront the evil of human trafficking head-on, and show people the love of God.”

‘We Want to Sacrifice’