Top Posts
Knowing the One Who Always Keeps His Word
Pregnancy Resource Centers Fight For Life Amidst Opposition
This World is Not Our Home
Lessons Learned From a Gingerbread House
Let There Be Peace on Earth
‘I Wanna Dance’ movie: Whitney Houston’s success and...
Fact Finding, Sight Seeing, and Prayer Walking
Kidney donation led to 8 life-saving surgeries
The Power of Curiosity
When Love Came Down at Christmas
Home ANS Feature Dark Star Rising: Author, Dave Slade 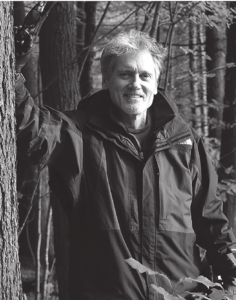 ALBUQUERQUE, NEW MEXICO—Picture this:  Four people, unaware that their lives are on a collision course, meet for one purpose: to witness the unfolding drama of the end times.

In Dave Slade’s newest novel, Dark Star Rising, Biblical prophecy is mixed with suspense, masterful storytelling, and an astute Biblical awareness, providing a glimpse into the last days and the rise to power of a man people believe is the savior to a lost and broken world.

As a follow up to Slade’s The Christ Virus, Dark Star Rising follows four people—Yasin Mohammed, a strong, charismatic man, Courtney Gattis, a real estate executive from Chicago, Hank Jackson, a journalist, and Zedekiah Zukerman, a Jewish member of the Israeli legislature.  Together they encounter religious persecution and a broken world economy, watching as a magnetic man ushers in a new order under the premise of leading the world to prosperity.

Beneath the intrigue is the Ark of the Covenant, a symbol of God’s presence and authority. In whispers and rumors, many claim the Ark is found, but is it true? Is it real? Is it the one? If found, history would turn into reality and those who believe would be fortified in their faith. Others would be fraught against its existence and be compelled to destroy it.

Concerning Dark Star Rising, prophecy specialist, Mark Hitchcock states, “Dave Slade’s new book brings biblical prophecies of the final Antichrist to life, draping them in human flesh and artfully weaving them into current events in a realistic, riveting story. This book is engrossing. However, you will not just read a gripping story, you will also get an accurate picture and profile of the main traits of the coming world ruler as presented in Scripture.”

I recently caught up with Dave Slade to discuss Dark Star Rising.

For those not familiar with The Christ Virus, provide a short summary. 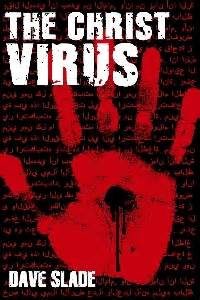 The Christ Virus by Dave Slade

“The Christ Virus is the story of a man who believes his mission is to prepare the way for the Mahdi, whom Muslims believe will usher in the golden age of Islam. He will stop at nothing to achieve that dream, including the annihilation of Christians. A pastor from a small church suddenly finds himself on a world stage when he makes a stand for his beliefs. The two men become locked in a struggle that will determine the fate of Christians throughout the United States.”

Is this where Dark Star Rising picks up?

Are the main characters the same, or do you introduce new protagonists?

“Many of the characters like Pastor Luke Chavez and Hank Jackson carry over to the new story. But there are several new voices in Dark Star Rising, which advance the story toward the finale of the rapture and tribulation.”

How do you research a book like Dark Star Rising?

“It begins with prophetic scripture. This is the most important research. I read authors like Mark Hitchcock, Joel Richardson, and Skip Heitzig to glean from their understanding of prophecy. I study the geopolitical landscape and search for correlations to the prophetic calendar. Then, I pray for the Holy Spirit to guide my thoughts.” 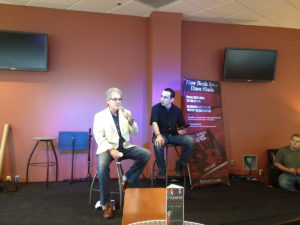 Dave Slade at a book discussion

“Jesus loved a good story. We remember many of the valuable lessons He taught because he wrapped them in stories to make them memorable. God wired us for story. We connect with characters who bring to life the triumph, tragedy, and humor that is part of the human experience.”

For those  interested in the writing process, what is your writing schedule like?  And how long did it take you to finalize the newest installment? 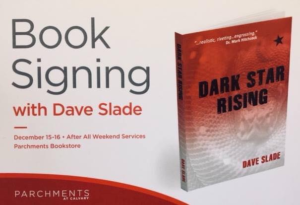 “I wish I could say I am more disciplined in my writing. But I still work full-time, which makes every day writing difficult. Writing a novel requires solitude and thinking before the writing ever begins and after that at least two to six hours of uninterrupted writing. Dark Star Rising took four years to complete not only because it was difficult to write but also because of the trials that occurred during its writing. My youngest son died of an overdose; I was diagnosed with cancer shortly after; a year later my mother died unexpectedly.”

With trials–both personal and fictional–as the undercurrent of Slade’s newest novel, readers will want to pick up a copy of Dark Star Rising and follow the writing of an amazing author and student of scripture.

Dave Slade will sign copies of Dark Star Rising on December 15th and 16th at Calvary Church in Albuquerque, New Mexico.  Orders for the books can be purchased through the author website or at Parchments Bookstore.