Top Posts
When Love Came Down at Christmas
A Walk of Faith Begins with a Step...
God is Rich in Mercy
Everyone has a Story to Share
‘Till’ movie: Racial murder helped spark civil rights...
Leaning His Head On Jesus, This Evangelist Hears...
Timing, common ground, and fruitfulness in witness
Step Out of the Traffic
In Support of Ukraine
Living an Imperfect, Unfinished Life
Home ANS Feature GFA World Joins Battle Against ‘Stinkiest’ Global Health Crisis 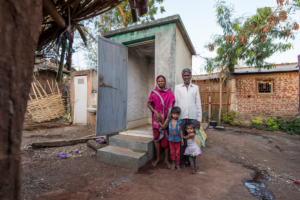 GFA World has helped install more than 32,000 toilets in OD-prone locations across Asia.

The charity reports they are installing thousands of toilets in some of the world’s remotest and least developed areas — places where people typically relieve themselves in the bushes, by the local river, or in the street.

OD is not just a health crisis in the developing world — it’s also a serious issue in the United States, where cities such as San Francisco and Seattle are battling to find solutions among their growing homeless populations.

So far, GFA World has helped install more than 32,000 toilets in OD-prone locations across Asia.

“For millions around the world, the humble toilet is the best gift they can imagine,” said K.P. Yohannan, founder of the Texas-based organization that helps millions across Asia and has just launched projects in Africa. “Giving people the most basic necessities of life is one way of sharing God’s love with them.”

Citing progress, the organization’s report says OD has been cut in half globally in recent years. In South Asia — home to one quarter of the world’s people — the number of those practicing OD has dropped sharply from two-thirds of the population to one-third.

But, the report says, about one in every 11 people worldwide still doesn’t have access to a toilet.