Wills Point, USA (ANS) – One of the largest mission agencies in the world is launching compassion projects in Africa (http://www.gfa.org/press/intoAfrica) for the first time — a huge boost for humanitarian efforts in the world’s poorest continent, according to a press release from GFA World, formerly known as Gospel for Asia. 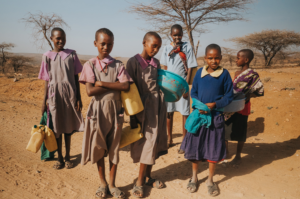 The organization expects to begin work in multiple African nations this year.

“Africa is where the tears never dry,” said GFA World founder K.P. Yohannan, announcing the launch of compassion projects in Rwanda, a mountainous nation in east-central Africa still recovering from the war and genocide that left 800,000 dead and ripped the country apart in the 1990s.

“Everything we do focuses on bringing real hope and the love of God to those who’ve lost all hope,” said Yohannan, author of the best-selling book Revolution in World Missions, with more than four million copies in print.

GFA World reports that their efforts — supported by the Rwandan Government, church leaders and their congregations — will help children living in slum neighborhoods in the nation’s capital, Kigali, where most people survive on less than two dollars a day.

“We appreciate the open door we’ve been given to start saving lives and serving the poor in Rwanda,” said Yohannan.

The organization plans a surge of compassion and healthcare projects across Africa, including deploying Sisters of Compassion workers — trained women missionaries who serve widows, orphans and those living in leprosy colonies.

“About half of Africa’s population is under the age of 15, and the average life expectancy is 50,” he said. “This fact makes the desperate urgency to preach the gospel to millions while we have time still to do it. They are waiting — they are dying.”

Caring For Millions In Need

Started by missions pioneer Yohannan in 1979, GFA World quickly grew into one of the biggest faith-based humanitarian organizations in the world, helping millions of the world’s extreme poor by equipping local churches to care for those in desperate need.

In Africa, GFA World plans to train indigenous workers in Rwanda and other countries to serve their own people, following its highly effective Asia model.

With their grasp of the local culture and languages, the organization’s national workers have helped transform life for those in more than 12,000 parishes and communities across Asia in nations, such as Nepal, Sri Lanka, Bangladesh and India.

While slums are often associated with Asia’s megacities — featured in movies such as Slumdog Millionaire — it’s African countries that have the highest percentage of slum dwellers. More than nine out of every 10 people in South Sudan, Central African Republic and Sudan live in slums.

“We aim to be servants to everyone, showing them Christ through our lifestyle,” said Yohannan. “Jesus told his disciples to change the world — and as we expand into Africa, that’s our calling too. We want to bring hope and healing as His hands and feet to the whole world.”

“After all is said and done, the only real answer to the chaos in this world is Jesus Christ. Our focus remains even sharper today — to preach the gospel by all means and establish the church, which is the agent of change for time and eternity.”