Top Posts
The Jesus Movement and Contagious Faith
Christian Product Expo underway in Lexington
Advanced Writers and Speakers Association announces winners of...
God Saves Your Tears in His Bottle
Overcoming Common Misconceptions and False Assumptions
Character-Building Dilemmas
Set Your Heart on Things Above
The Power of Facilitating Partnerships and Collaboration
When We Don’t Feel Worthy
Vision For One Billion Souls By 2030 Unites...
Home ANS Feature Girls Exposed to ‘Shadow Pandemic’ of Sexual Abuse 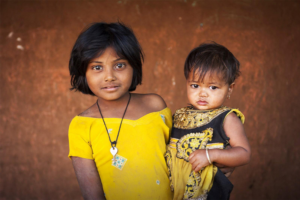 Worldwide, COVID-19 is accelerating a “global crisis for girls,” with surging joblessness and poverty putting pressure on struggling parents to marry off their daughters in their mid-teens or younger, the report says.

Millions of Girls ‘Exposed to Exploitation’

Globally, national lockdowns have disrupted schooling for millions of girls, and left them exposed to exploitation and greater risk of getting pregnant.

Save the Children predicts a “dramatic surge in child marriage and adolescent pregnancy.” The World Health Organization (WHO) reports that complications in pregnancy and childbirth are the leading cause of death in girls and young women ages 15-19.

Governments around the world must do more, GFA World says, to protect girls from forced marriage so they can finish school and choose their own path in life when they become adults.

The Dominican Republic — a Caribbean island nation — recently banned marriage under the age of 18, a move it’s hoped will protect girls there and could encourage other nations to follow.

Lifeline for Girls at Risk

In developing nations, GFA World and other organizations sponsor thousands of girls at risk, enabling them to go to school, making sure they don’t go hungry, and mentoring them. GFA World says it helps girls “to show them God’s love.”

“It’s more vital than ever to provide girls with safe, nurturing environments and to bring justice and aid to those who’ve been abused,” says the report. “The pandemic will have years of consequences but, with God’s help, we can prevent it from destroying girls’ lives.”