Top Posts
Covid-19 fuels ‘hidden pandemic’ of exploitation of women
Clinging to the One Who Never Changes
The Living Water that Satisfies the Deepest Thirst
Sisters of Compassion Launch Slum Ministry for Those...
I Understand People on the Street
Eritrea Frees Christian Prisoners But Attacks Churches in...
‘The End Seems Near’ for Luis Palau
What in the World is God Doing? A...
When You’re Called by Jesus
Christian leaders behaving badly: Why should anyone embrace...
Home ANS Reports How his son’s birth transformed this violent, neo-Nazi white supremacist

How his son’s birth transformed this violent, neo-Nazi white supremacist 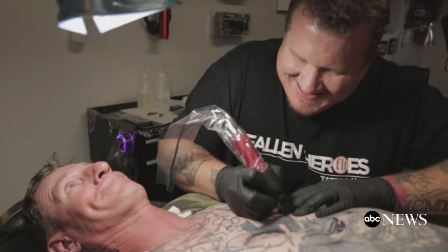 Michael has his neo-Nazi tattoos removed 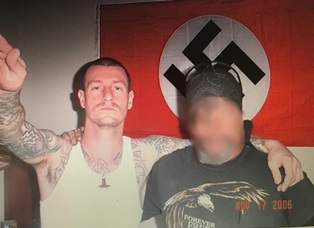 By Steve Rees, LONGMONT, CO (ANS) – Former neo-Nazi Michael Kent’s face — really his body and its “art” — dominated tens of millions of screens last year as media from around the world recorded the hater-turned-lover’s removal of two swastikas and racist-pride tattoos.

Another image — that of the African-American probation officer who befriended the violent, white-supremacist skinhead — illuminated screens with their glowing black and white faces projecting hope to a nation grappling with a race-related death in Charlottesville, Virginia, in August of last year.

Tiffany Whittier and Michael Kent’s friendship continues to inspire Christian and secular audiences, with Hollywood producers offering to buy rights to their story, and faith-based leaders promoting it through their ministries. Organizers of a major church-related conference in Nashville have invited Whittier and Kent to speak to thousands this spring about their unusual friendship that outlasted the former felon’s prison and probation sentences in Arizona.

Raised in Pennsylvania amid Christian family members who Kent says “weren’t racists,” he went to church for the last time about 15 years ago. 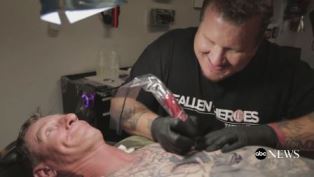 With two children — a boy and girl ages nine and seven, respectively — Kent honored their desire to go to church with him during a recent Christmas and New Year’s vacation in Colorado, where he now lives.

The children were baptized in Arizona, where Kent’s ex-wife has custody of them, just as major television networks from England, Italy, Australia and the United States were filming Kent’s tattoo removal in Colorado Springs. The recording continued in Fort Lupton where — courtesy of big media — Whittier surprised the former inmate by knocking on his rural farm door as a camera recorded their reunion. That video alone – courtesy of ABC News – has 50.6 million viewers. http://abcnews.go.com/US/man-removes-nazi-swastika-tattoos-friendship/story?id=49496501

Christians and large ministries — among them Focus on the Family, which posted ABC’s video on its website — saw biblical themes of love, reconciliation and hope in the story of Kent and Whittier’s unlikely relationship that began when the white supremacist’s case file was transferred. 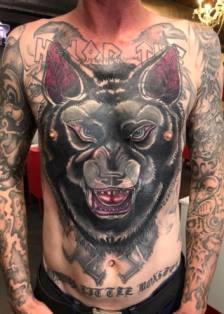 Inspired like millions of viewers and readers, I wanted to hear more about how a female probation officer — one of color — influenced a hardened white, male inmate to take down German war flags and a picture of Adolph Hitler from the walls of his home in Arizona, and replace them with smiley faces.

Assuming Kent lived in Colorado Springs, where national non-profit Redemption Ink and Fallen Heroes Tattoo joined forces to pay for and remove supremacist symbol 1488 from his neck and the words “white pride” stretching from shoulder to shoulder, I reached out to Kent.

Unbeknownst to me, when I contacted him, Kent lives a 20-minute drive from my home in northern Colorado. He immediately appreciated my comment, “I’m praying for you, along with many other Christians,” and agreed to tell me more of the story that crosses secular media to Christian.

We met on Christmas Eve, a Sunday this year, for a meal after I attended an early church service, and days before Kent expected his kiddos to arrive in Colorado from Arizona. Kent shared details of his life as a neo-Nazi that few have heard. He talked about his upbringing, religion, family, race relations in America and work.

As manager of a chicken farm, Kent oversees Spanish- speaking employees who value his willingness to lead by example. During our conversation, I planted seed, telling Kent that rapport with his subordinates reminds me of the Lord Jesus Christ, who also was a servant leader.

“If I had had strong support system — people like you praying for me as they are now — it probably wouldn’t have turned out the way it did,” Kent told me. “So my family was Christian. I have family that are Baptists, and family that are Mormons. So it has nothing to do with the way I was raised. My family was never like that. There’s no racism in my family.”

They did, however, live in the projects of Pennsylvania, where Kent’s family members were the only whites. A brother and sisters were, unfortunately, bullied for their mere presence in an African-American neighborhood. Between ages six and seven, a man of color broke into the home and attempted to rape Kent’s mother. “That’s not something you want to (expletive) witness,” he said. 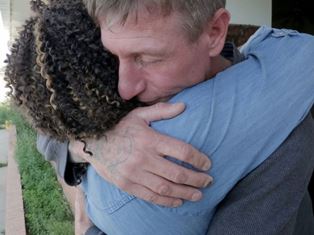 A few years later and before his teenage years, Kent’s family moved to the desert from Erie, Penn. In Arizona between 11- and 12-years-old, Kent made his first black friend, who invited him home to play after school. Walking into his friend’s house, Kent remembers hearing the words, “I don’t want that blue-eyed devil in my house.”

Kent recalls the event, coupled with shunning by two other black friends influenced by the woman, was his “last straw.”

“So, it’s like after that — from that day on — I started searching out white supremacist groups,” said Kent, who was living on his own at 15 without a father in his life. “I never had a father in my life,” he told me. “I got into drugs, and a lot of the white supremacists were involved in drugs,” with the exception of Kent’s sponsor, who pressured him to recruit other youth. “By the time I was 18-years-old, I was locked up for moving a lot of drugs.”

It was the birth of Kent’s first child, Michael, Jr., and Whittier’s positive influence that helped him turn the corner, replacing hate with love and respect. “I was so happy when my son was born, but it was also the saddest moment of my life because, as I looked into my boy’s eyes, I realized how many kids’ lives I destroyed by promoting hate.”

Both influences — his children and Whittier (he has his former probation officer’s personal cell number) — are constants in Kent’s life. So is work, where he earns six figures for 80-hour weeks.

Hearing his children wanted to go to church with their dad during their holiday break, I invited the family to join me for a New Year’s service.

“I would go to church with you (for my kids),” Kent told me. “Because my kids have a right to do or be anything they want to…I won’t stop them…If they want to believe in God, go to church. I don’t go to church, but I’m not stopping them from going.”

Kent and his kids, in fact, joined me at a church worship service on New Year’s.

The pastor, whose sermon was titled Hope for a New Year, opened his message by citing the top 10 news stories (all of them negative) of 2017. Among them was the report of racial strife in Charlottesville, resulting in the death of a young white woman, Heather Heyer.

Kent enjoyed the service and was challenged by the message of hope, asking to meet the pastor. Mike Olson, an associate leader pastor at Rez.Church and overseer of men’s ministry, spent a few minutes with Kent, hearing how dramatically his life had changed over the past few months.

”I believe that God is actively drawing at his heart,” said Olson, who learned of Kent’s former life as a violent, white supremacist. “He told me that church wasn’t his ‘thing’ but that his kids wanted to come, so he honored their request.

“I do believe that his story is a message of hope,” said Olson, who Kent called a great speaker, somebody he will seek to emulate when he and Whittier speak to church and industry leaders at a conference this spring.

They will join other speakers at Q2018 in Nashville. A learning community, Q mobilizes Christians to think well and advance good in society.

New to speaking publicly about their unlikely friendship, Whittier and Kent already have won the hearts of organizers who watched with millions around the globe as their story of racial reconciliation went viral, said Q spokesman Matt Hogan.

Before talking about reconciliation, Hogan said, Q believes it’s important to talk about injustice, which is a thread intertwined in Kent’s story, as well as in the stories of people who were damaged by the hate and violence he espoused as a skinhead.

Especially race relations in America, where the divide is seemingly too great to bridge.

Kent and Whittier prove otherwise with their friendship, which provides a model for racial reconciliation on a broader scale, Hogan said.

Kent and Tiffany have enjoyed the media spotlight, too. “If I could go around speaking to the world and still be able to care for my kids, I would drop everything.

“I never thought this story would be that inspiring, that it would change and impact so many lives including yours,” Kent told me. “I’m a nobody who screwed up, and has been given a second chance.”