Home ANS Feature It Never Rains In Southern California–But Across the Border it Pours.

It Never Rains In Southern California–But Across the Border it Pours.

VISTA, CA–Back in the seventies, Albert Hammond got it right when he sang, “It never rains in Southern California”. He added that when it does, it pours. And pour it has—for months. In fact, Los Angeles received more rain in the first 45 days of 2019 than in the entire year of 2018. And it is still not over. The forecast declares there is more to come.

But while most SoCal dwellers have little to complain about, there are those that face serious problems during this season, including the homeless and those just the other side of our border in Mexico. 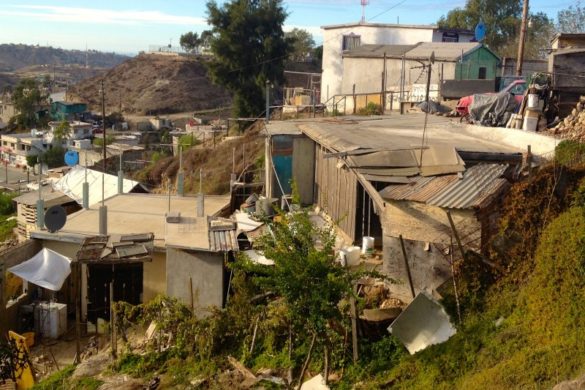 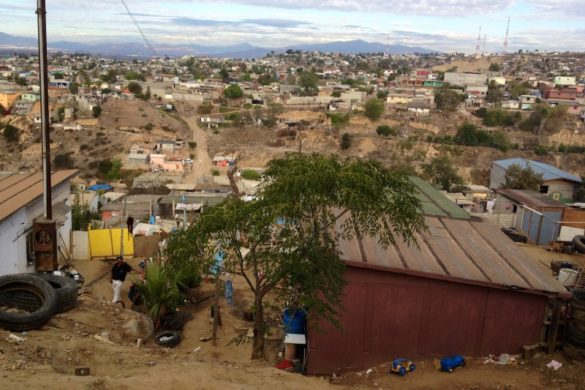 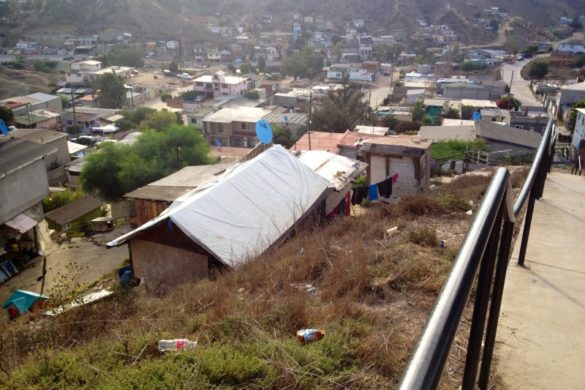 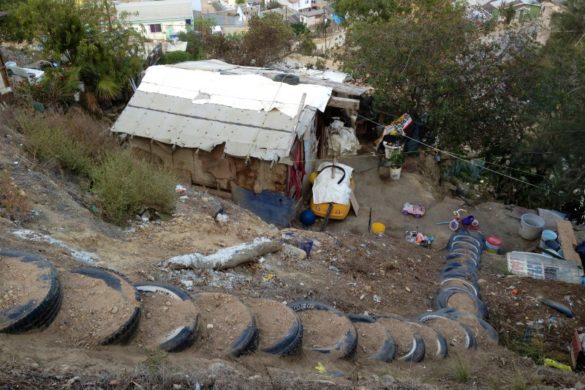 The rain damage in California is nothing compared to the detrimental ramifications of endless rain in Tijuana. The sheer poverty of many of Tijuana’s inhabitants—especially those who live in hazardous structures made from wood, plastic or caste iron—makes them highly vulnerable. Many are victims to flooding, cold, disease, mud slides… To make matters worse, vendors close down so food is harder to come by. And for those who rely on dump heaps to rummage for their food, the situation is dire.

Of course, there is also the migrant crisis in Tijuana where some 7, 000 people from Central America and other nations huddle under plastic makeshift tents in the Benito Juarez Sports Center. The endless rain has led to many sicknesses, not to mention a lice crisis and general lack of hygiene and comfort. While many migrants are young men, there are also about 1,000 children (including teens).

Like the Mexicans born into dire poverty, the little ones are the most vulnerable.

Thankfully, about forty-five minutes away by bus another center has opened up with many more resources and provisions. Buses already began taking groups of migrants to this new, dryer and more comfortable center.  Meanwhile, it is reported that thousands more migrants are heading this way, which will only increase the dilemma—particularly in light of the huge population of desperately poor people who have lived in Mexico their entire lives.

The population of Tijuana is estimated to be about 1 500 370, of which huge numbers live in dire poverty and squalor.It is easy to forget that many Mexicans struggle to live every single day—to find food for their families, clothes, shoes, school supplies…. The plight of the children—many of whom are illiterate and thus condemned to continue the cycle of destitution. It is no wonder that so many fall prey to the drug lords and make drug peddling their way out. As always, the children are the greatest victims.

It was particularly the children that grabbed my heart back in 2005 or so. They were God’s catalyst to the start of a new children’s Orphans First program over the border.

When my husband and I came to California in 2004 after church planting and ministering in France for two decades, we enjoyed the privilege of teaching at the Calvary Chapel Bible College. With students eager to taste missions, we began taking exploratory day trips to Mexico. It was an adventure. It reminded us of our years in France, when we frequently crossed the border to Italy to eat gelato and minister. Here in SoCal, Mexico is our closest border and the tacos sounded appetizing. But as much as we enjoyed the delicious food, we were shocked to discover a third-world country—right on our very doorstep where some of the richest people in the world live. It bothered us.

My husband and I know the third-world very well (Eastern Europe, Western and Central Africa, India and more. Louis had mentored young pastors while I, as founder of Orphans First, focused on women and children. By God’s grace, we launched children’s homes India, and programs for slum children in several countries. Since God had now planted us in SoCal, it seemed like a no-brainer to start something in Tijuana. We would just need to find a local partnering church. So we began praying.

Several years  later, God led us to Calvary Chapel Pedregales and we began the conversation. Before long, the church was ready to partner with Orphans First and launch an afterschool-feeding program for a few kids. Now, several years later, 40 children attend our program with many more begging to come. (Sadly, we are unable to take in more until we have more volunteers.)  These children come from very volatile at-risk backgrounds.

Several of the children suffer from PTSD because they are abused. Most are malnourished. Almost all of them have bad teeth. (Thank God we have a dentist who works with us, but we need more.)  Most of the kids do not have a dad. Some have neither parent and live with a grandma or neighbor. All are underprivileged. And many are traumatized after seeing people killed. Children have seen relatives or neighbors shot to death—including one of our older boys who saw his mother shot and killed.

This is all because of the seedy lifestyles so many are lured into—drug peddling and prostitution. None of this is healthy for children who are often neglected and left to fend for themselves. Some children’s situations are so bad, I am not at liberty to write about them for their own protection. Heart wrenching.

So, while it rains in Southern California, and we are uncomfortable and cold, just a hope and a skip away on the other side of the border, it pours. May God help us not to ignore the pain of others and not to turn a blind eye. Yes it is overwhelming, and we feel helpless to do something. But everyone can do something. Prayer is a good start.

Janey DeMeo is founding director of Orphans First, a non-profit organization providing food, clothes, shelter, education, medical help and Bible teaching for suffering children in several countries: www.orphansfirst.org. Janey is also an author and writer with books and articles in French and English. Janey and her husband ministered in France for 22 years and planted a church. They traveled extensively to many other countries for the cause of Christ, helping church-plant initiatives and launching children’s ministries. They finally moved to America at the end of 2003 and both taught in the Calvary Chapel Bible College for a few years. Their present ministry focuses on discipleship and helping children-in-crisis. Janey’s parenting book, Heaven Help Me Raise These Children! provides biblical responses to practical parenting issues is now out-of-print but still exists in its French version, Mon Dieu, ces enfants! (http://www.vida-editions.com/famille/98-mon-dieu-ces-enfants--9782911069109.html). Janey, a Brit, describes herself as a mother, grandmother, animal lover and advocate for children-in-crisis and issues of justice. Her husband is a pastor.

COVID-19 Used as ‘smokescreen for attacks on Christians...