Top Posts
God Has Plans for Your Life
Worth and Value in the Kingdom of God
Grandchildren Bring Joy and Opportunities to Our Lives
Embracing Change and Changing Lives
Dark Academia and Dead Monks
She ‘intensely related’ to Mary Magdalene character on...
The Most Powerful Thing in the World
Afghan Family Starts New Life in America
The Jesus Movement and Contagious Faith
Christian Product Expo underway in Lexington
Home ANS ReportsCulture Learning from the Legends 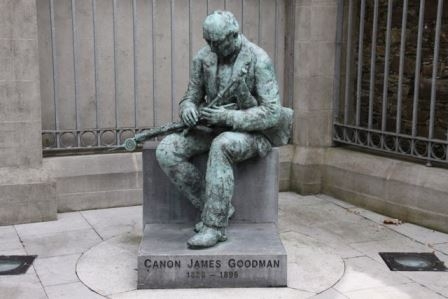 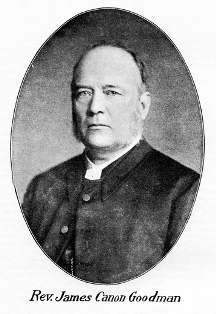 ALBUQUERQUE, NEW MEXICO (ANS – April 19, 2018) — Even with years of traditional Irish music listening—and playing—under my belt, there’s always room to learn something new. Such is the case with Irish clergyman, musicologist, and university professor—Canon James Goodman.

At a recent concert performance by Irish harpist Máire Ní Chathasaigh (multiple winner of the all-Ireland harp competition) and British guitar virtuoso, Chris Newman (Boys of the Lough), I was introduced to Canon James Goodman’s impact and influence on Irish music [1].

During a special community outreach engagement in Albuquerque, Máire Ní Chathasaigh introduced the history of many of the tunes she and Chris would play. For the most part, I was familiar with several mentioned: Edward Bunting, Turlough O’Carolan, and the like. But when Ní Chathasaigh mentioned Canon James Goodman a light went on in my mind for two reasons: One, I wasn’t familiar with his name (as I should be), and two, he was a clergyman-musician. I needed to learn more.

Born in 1828 in County Kerry, Goodman is best known today as a music collector and Uilleann piper. But as a native Irish speaker, Goodman also served several churches in Ireland and taught the Irish language at Trinity College, Dublin.

The Traditional Music Archive summarized Goodman’s musical life as follows: “As a native of the Dingle area of West Kerry he spoke Irish from infancy.  Soon he became attached to music as something between a hobby and an obsession.  He sang the local songs, perhaps played the flute, and certainly became an accomplished performer on the Irish, or uilleann, pipes.  By 1866 he had compiled an exceptional manuscript collection of tunes which is remarkable especially for its traditional Irish content.  These tunes, as he said, were partly ‘taken down by myself as I heard them played by Irish pipers &c.’, and partly drawn from other manuscripts and from printed sources” [2]. 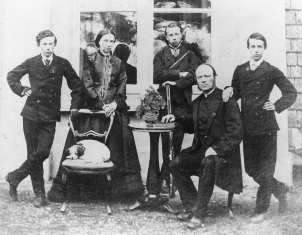 The Roaringwater Journal gives more information on his youth: “In his youth he was described as ‘…having an attractive personality and was well-liked and popular…’ He took a great interest in traditional life and, particularly, The Music. He learned to play the flute and the pipes while growing up” [3].

Regarding his Christian ministry and family, Waymarking states, “Goodman studied at Trinity College, Dublin, having gained a scholarship in 1847. He was ordained curate of the Church of Ireland in 1851 (his father had been rector of Dingle) and married Charlotte King in 1852. They had three sons, one of whom later drowned while a student. Goodman’s first date posting was to Creagh Parish in West Cork in 1852. In 1859 he moved to Killaconagh, on the Beara peninsula, where he preached in Irish. He was posted to the parish of Abbeystrewry in Skibbereen in 1866 as a Canon of Ross, remaining there until his death in 1896. In 1867 he self-financed the rebuilding of the local church” [4].

And concerning his collection of music, the Roaringwater Journal writes, “While there [Kilaconenagh], he began his collection of Irish traditional melodies, learning hundreds from Tom Kennedy, a blind piper whom he had known back in Ventry. The Goodman Collection is the first great body of Irish traditional music ever to have been gathered: it numbers over 2,300 tunes and songs. For many years these lay dormant in the archives of Trinity College Library and they have only recently been studied and published” [ibid 3].

And as an instructor in the Irish language, Waymarking mentions, “Goodman was appointed Professor of Irish in Trinity College in 1879 and combined this position with his clerical duties, spending alternating six months in each location. Among his students were Douglas Hyde and John Millington Synge” [ibid 4]. Both Hyde and Synge would go on to have storied careers. Hyde as a scholar and 1st President of the Republic of Ireland, and Synge as a famous playwright, author of The Playboy of the Western World, first performed by the Abbey Theatre in 1907.

It is obvious that Goodman loved the church, music, and Irish culture. And because Goodman spent most of his ministry at Skibbereen there is now a music festival in his honor, aptly named the Canon Goodman Concert. This year’s featured performance is by the traditional Irish group Lúnasa [5]. I was honored to hear Lúnasa perform in New Mexico: what a treat for folks in Skibbereen. 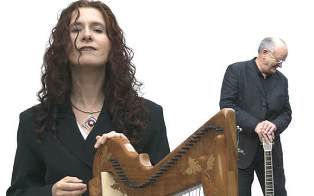 Lastly, Roaringwater Journal recounts Goodman’s death: “The Canon died in 1896 and was buried, at his own request in Creagh…Canon Goodman wrote of his life: ‘so that there was nothing dearer to me from my youth than to be listening to the old tales of adventure and the stories of Fionn, nor any music sweeter in my ears than the surpassingly sweet music of Ireland.’ James Goodman was buried…with his own Uilleann pipes… in the silence of the place we had a good listen…” [ibid 3].

Thus is the life and ministry of Canon James Goodman, still heard through his musical impact and cultural influence. And who’d ever thought that an Irish-English duo performing in the high desert of New Mexico would inspire an American to research into a clergy-piper from Ireland. But so it goes in our world today, a global community of sharing and caring, passing along the traditions and tales of one country for people in another country listen, learn, and love.

And to add another story to our global community, think of this: after the concert Chris and I talked about his Collins guitar—which are made in Texas. Chris purchased the guitar on eBay from a guy in Arkansas, had a friend hold in Texas and later shipped to another state, whereby Chris picked it up and brought it back to England. Gotta love musicians and their commitment to fine instruments!

To learn more about the music of Máire and Chris, including tour dates, click here: http://www.mairenichathasaigh.com/aboutmairechris%27.html 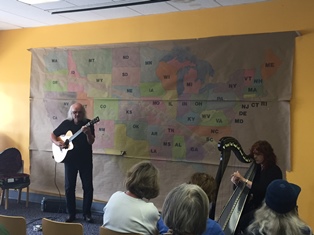 Five Ways to Keep Your Eyes on the Lord