Top Posts
‘Nothing is Impossible’ movie: Hoops, romance, second chances
‘God’s Smuggler’ Brother Andrew passes to his reward
Cultivating a Prayer, Care, Share Lifestyle
God Has Plans for Your Life
Worth and Value in the Kingdom of God
Grandchildren Bring Joy and Opportunities to Our Lives
Embracing Change and Changing Lives
Dark Academia and Dead Monks
She ‘intensely related’ to Mary Magdalene character on...
The Most Powerful Thing in the World
Home World Missions Middle East broadcaster SAT-7 names new CEO

CYPRUS (ANS) — Launched in 1996, with its international headquarters in Cyprus, SAT-7 broadcasts Christian and educational satellite television services to an audience of at least 25 million people in the Middle East and North Africa.

Its mission is to make the Gospel available to all, and to support the Church in its life, work and witness for Christ. SAT-7 broadcasts four different 24/7 program schedules, in Arabic, Farsi (Persian), and Turkish using multiple satellite channels and on-line services. 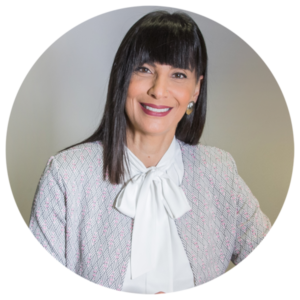 Rita El-Mounayer takes over as CEO of SAT-7

Since the beginning of her service with SAT-7, Rita El-Mounayer showed a true heart for ministry and for making a positive impact in the Middle East and North Africa (MENA). Her goal has been, and continues to be, to help impact as many lives as possible through the visual media.

Joining SAT-7 in 1996 as the Producer and Presenter of SAT-7’s flagship children’s program, Bedtime Stories, El-Mounayer has served as Director of Children’s Programming, Assistant Programming Director, and Executive Director of SAT-7’s Arabic Channels. Since 2016 she has held the position of Chief Channels Officer, responsible for overseeing all programming and production across SAT-7’s four channels, broadcasting in Arabic, Farsi and Turkish.

El-Mounayer has a master’s degree in Communications Practice from the University of Wales, UK. Her many different roles within SAT-7, and especially her knowledge in program production and broadcasting, have equipped Rita El-Mounayer to take on new responsibility as CEO.

As of April 1, 2019, Chief Channels Officer Rita El-Mounayer took over the CEO position from Founder, Dr. Terence Ascott.  Ascott will continue to serve in his new role as Founder and President of SAT-7.

“SAT-7 is a unique ministry – reaching so many people in the Middle East and North Africa (MENA) who have no other way of learning about God’s love. I feel honored to have been asked to lead it,” said El-Mounayer.

“My prayer is that we will continue to see God’s message change people’s lives and we will help to bring about positive change in our region,” she said.

“These past 23 years have been a great journey as I witnessed and met people whose lives were changed because of the programs SAT-7 produces.”

She added: “Everything that we do here – from television programs to social media engagement with viewers – is to help people experience God’s love and the transformational message of the Gospel.”

El-Mounayer believes in the great opportunity that satellite television continues to provide – to reach and impact a huge number of people in the MENA region who have no other way of learning about God’s love.

“Lives are being changed because, through Christian television, people have been exposed to the love and forgiveness of God, and to the reconciliation and peace that mankind can experience because of the work of Christ on the cross,” she said.

Through her years of service in SAT-7El-Mounayer has seen many lives changed.

“My prayer is that during my lifetime and time of service as CEO of SAT-7, we will see millions of viewers sharing their testimony as to how God’s message changed their lives, and we will rejoice together that we made a difference.”

A true leader in spirit and in character, El-Mounayer has a passion for equipping and empowering those around her. She aims to build leadership skills in everyone – from SAT-7’s staff to the millions of viewers watching the ministry’s four channels.

She stated: “I pray that, with my new role as CEO, I will empower, encourage, and motivate people around me, as each of them can become the kind of great leader that the next decades will require. I pray I will convey to them the long-lasting significance of what they are doing for the region, and their valuable individual contributions to the higher purpose of changing people’s lives.” 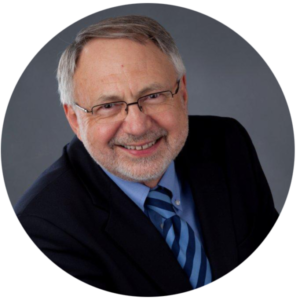 Founder and President Dr. Terence Ascott said: “It has been exciting to see how far Rita has come since the early days when she scripted, produced, and presented SAT-7’s first children’s programs. She has always been a quick learner, keen to study, read widely and develop herself. This, with her passion for ministry, intelligence, hard work and good interpersonal skills have all helped get her to the position where she is ready for this exciting and challenging next step. I really believe that she is going to be exceptional in the role of CEO.”

Ascott has been the leader of the SAT-7 ministry for 23 years, achieving amazing milestones in establishing a network of television channels in three languages.

During the immediate period after El-Mounayer’s appointment, Ascott will be making himself available to the new CEO for any requested guidance and support on specific tasks and challenges. He will also continue to travel and represent SAT-7 and more actively support the work of the SAT-7 International Council.

“I also aim to do more writing, hopefully including a book about the first 25 years of the ministry,” he said.