Top Posts
Knowing the One Who Always Keeps His Word
Pregnancy Resource Centers Fight For Life Amidst Opposition
This World is Not Our Home
Lessons Learned From a Gingerbread House
Let There Be Peace on Earth
‘I Wanna Dance’ movie: Whitney Houston’s success and...
Fact Finding, Sight Seeing, and Prayer Walking
Kidney donation led to 8 life-saving surgeries
The Power of Curiosity
When Love Came Down at Christmas
Home ANS Reports North Korea pre-Olympic military parade “must trigger prayer for the persecuted,” says Release International 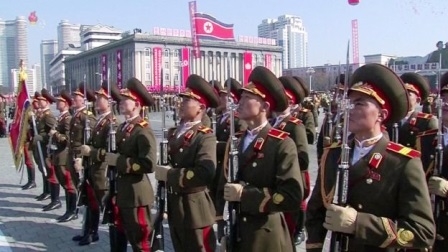 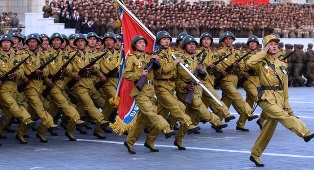 PYONGYONG, NORTH KOREA (ANS-February 8, 2018) — The North Korean missile crisis must be turned into a rallying cry for prayer for persecuted Christians in that country, says Release International, a ministry which supports Christians under pressure around the world.

A press release by Release International (www.releaseinternational.org), a Christian charity, states that North Korea is staging a massive show of military might ahead of the XXIII Olympic Winter Games which has its opening ceremony in PyeongChang, South Korea tomorrow (Friday, February 9, 2018.)

“It’s brought forward its annual display of thousands of troops, tanks and missiles to [Thursday,] February 8 — the day before the Olympics across the border in South Korea,” said the news release.

It stated: “The muscle-flexing has been described as grandstanding in a crisis that could threaten nuclear war – but Release International says that crisis should be turned into a rallying cry for prayer for the persecuted.”

The release quoted Paul Robinson, Release International’s Chief Executive Officer, as saying: “North Korea is probably the harshest persecutor of Christians on the face of the earth.”

It went on to quote Mr. Robinson as saying: “People have been asking whether the crisis is making things worse for Christians in North Korea. But it is hard to imagine how things could get any worse. North Korea doesn’t just persecute Christians — it executes them. This crisis should give us the impetus to pray for the persecuted in that country.”

The release stated that there are estimated 100,000 Christians in North Korea, stating that 30,000 have been rounded up into concentration camps, on charges of sedition — conspiracy against the state.

“No Christian activity is tolerated other than for propaganda purposes. Today, state surveillance of Christians in North Korea has never been tighter,” said Mr. Robinson. 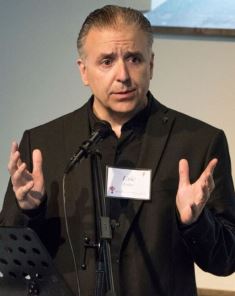 It went onto say that Release partner, Dr. Eric Foley of Voice of the Martyrs, Korea, who works with North Korean refugees, said that we must do more than pray for tensions to ease and a return to the status quo. It quoted Mr. Foley as saying: “When those missiles are pointed at us, should we simply pray that things are returned to the way they were before? No! The status quo means Christians experience torture and imprisonment for the sake of their faith.

“The focus of the world should not simply be on restoring a situation that is stable for us but unacceptable for Christians. We should pray that it becomes possible for the first time in their lives for Christians in North Korea to practise their faith without recrimination.”

The release went on to quote Mr. Foley as saying: “These missiles should remind us how little attention we pay to North Korean Christians. We need to repent and say, ‘Lord, forgive us for not being more attentive to our brothers and sisters in the most persecuting country on earth.’

“As we are in danger, let us remember those who have lived in constant danger for more than 70 years. The international community may be on a knifes edge right now, but to be a Christian in North Korea is to live on that knife’s edge.”

Dr. Foley also said that in praying for North Korea, it can be tempting to pray that Kim Jung-un is removed from power, but if Kim falls, others will take his place, and that is not the way North Korean Christians are praying.

“I have never encountered a North Korean Christian who has prayed for the regime to be overthrown — not once in 15 years. Underground Christians are praying that Kim Jong-un will come to know Christ. 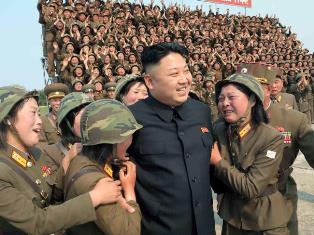 “Perhaps North Korean Christians know better than the rest of us, that it is not a change of government that will bring peace, but the entry of the Prince of Peace into our hearts. We should follow their lead and pray not for regime change, but for a change of the heart of the regime.”

Through its international network of missions, Release International says that it serves persecuted Christians in more than 30 countries around the world, by supporting pastors and Christian prisoners, and their families; supplying Christian literature and Bibles, and working for justice.