Election after election, new governments have failed to provide any protective measures against these cruel practices, according to International Christian Concern (ICC).

ICC says in a recent update that religious minority communities across Pakistan have expressed renewed concern following reports of increasing abductions and forced conversions to Islam. 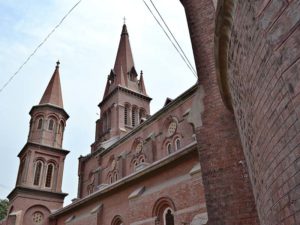 A church in Pakistan

According to reports, eight teenage girls belonging to the Hindu community and four Christians were kidnapped, forcefully converted to Islam, and married off to Muslim men in different parts of Sindh and Punjab in just the first three months of 2019.

On February 6 in Cholistan, Bahawalpur, 13-year-old Sadaf Khan was abducted by local Muslims named Maqbool Hussain, Mubashir Hussain Baloch, and Azhir Hussain Baloch. When Sadaf’s family became aware of her abduction, they reached out to the family of the abductors who told them that Sadaf would be returned to them.

Eight days later, the abductors told the Christian family that Sadaf was married and had converted to Islam. They then showed the family a marriage certificate which falsely claimed that Sadaf was 18, which is the legal age for someone to get married without parental consent in Pakistan. The abductors then threatened Sadaf’s family, saying that if they tried to contact Sadaf there would be “consequences of the law.”

On February 25, Saima Iqbal, a Christian woman, was kidnapped and forcefully converted to Islam on the outskirts of Islamabad. After several failed attempts to recover his wife, Saima’s husband, Naveed Iqbal, appealed to Pakistan’s prime minister in a Facebook video that went viral. As a result of the widespread coverage of Saima’s case, she was recovered from her kidnappers and returned to her husband and children.

In March 2019, a 15-year-old Christian girl was abducted and reportedly converted to Islam in a village in the suburbs of the Faisalabad district. After her parents’ protests, the cleric presented a certificate of conversion of the girl to her parents and warned them of the “unbearable consequences” if they continue protesting against a newly-converted Muslim girl.

Sheeza, also 15 years old, was another Christian victim of forced conversion. According to local reports, she was kidnapped from Qila Dedar Singh, a neighborhood in the District of Gujranwala last month. Her parents have called on the prime minister and chief justice of Pakistan to recover their innocent daughter, as local police are not listening to or cooperating with the victim’s family.

In its report, ICC states that forced conversions to Islam remain one of the cruelest abuses directed toward Pakistan’s minority communities. The abusers often use forced conversions and marriages as a means of covering up their crimes of sexual assault and abduction. To complicate the matter, the majority of victims claim that Pakistan’s police force is complacent or complicit with the kidnappers because of their shared religious identities.

While speaking with International Christian Concern (ICC), Irfan Mufti, Executive Director of South Asia Partnership Pakistan, said, “The phenomena of forced conversion is getting serious now. In last couple of years, the cases of forced conversions, particularly of the minor girls, have increased. This shows that there are certain elements who not only believe in these conversions, but also take advantage of such situations and conversions.”

“Without meaningful legislation and administrative checks, such cases cannot be discouraged such,” Mufti said, adding: “New legislation should be promulgated which must include a set age for a person to convert from and to any religion. There must be a procedure through which a person who wants to convert shall have independence of opinion and not be forced.”

In 2016, the local government in Sindh introduced a bill that would confront the issue of forced conversions and marriages in the provincial parliament. However, the bill was withdrawn following strong opposition from Islamic religious groups.