HYDERABAD, INDIA (ANS) — Three pastors in western India have been criminally charged in retaliation for refuting a false account of a Hindu extremist attack on six Christians that left a teenage girl unconscious, sources said.

Three of the six Christians beaten in Maharashtra state this month were also charged in retaliation for reporting the assault that left them with injuries requiring hospital treatment, said pastor Pandharinath Bhagya Gowri, one of the accused church leaders, according to Morning Star News. 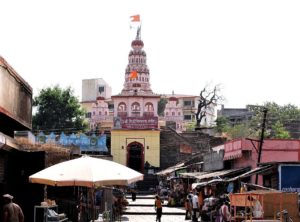 Police who took exception to Pastor Gowri and two other pastors trying to correct a false report about the beating later charged them with the same accusations filed against the assailants, such as house trespass with intent to assault, even though the church leaders were not even present during the attack, he said.

Hard-line Hindus in Bandhan village, Palghar District in February had cut the Christians’ water supply and warned them that worse would happen if they did not renounce their faith, Pastor Gowri told Morning Star News. On March 1 a mob of Hindu extremists showed up in the neighborhood of three Christian families, burst into their homes and started beating and kicking them, he said.

“At least six Christians including women and children got injured in the attack,” Gowri told Morning Star News.

Teenage Christian Sapna Dodhade was beaten unconscious, and the Hindu extremists continued striking her and the five others even after they fell limp, the pastor said.

“The young Christian could not take their beating, she fell unconscious,” he said, adding that a team of local pastors rushed to Bandhan that day to bring the injured to a hospital in a nearby town. “Her condition was serious. While she was getting treated at the government hospital in Palghar along with other injured Christians, police officers came to record the victims’ statements.”

As the victims told Inspector Shidava Jaybhave about the ordeal they had suffered for attending church services at a neighboring village, another officer accompanying her “interrupted the victims, and he began narrating his own version of events,” Pastor Gowri said.

“It was totally a false narrative, and he was misguiding officer Jaybhave by telling lies,” he told Morning Star News. “I informed her, ‘Madam, the constable is trying to divert the matter,’ but she shouted at me and asked me to shut my mouth.”

Pastors Sainath Ambo Rawate and Navashu Mangalya Jadhav joined him in telling her that Christians had been beaten severely enough to be hospitalized and that the matter should not be taken lightly, but she refused to listen and threatened to file charges against them, he said.

“We told her, ‘Had police booked cases and taken action against villagers who were harassing Christians, this day would not have come,’” Pastor Gowri told Morning Star News. “But this went wrong with her. It must have chafed her ego that ‘illiterate villagers’ were questioning the police.”

On March 3, pastors received a phone call from police informing them that Inspector Jaybhave had summoned them to Manora police station, he said. There the three pastors discovered that a counter case had been filed against them and three of the victims of the attack on the same charges filed against the Hindu extremists: House trespass with intent to cause assault, unlawful assembly, rioting and criminal intimidation.

“After a few moments passed by, she told us that we are in her custody and cannot go from there unless we furnished the bail procedure by paying some amount,” he said. “We were not even present at the site of attack, and the victims are helpless, bedridden because of the assault, but police booked us.”

With the help of an attorney, the pastors were released on bail after spending the day in custody.

The three beaten Christians charged were Mahima Dumada, 23, her husband Mangesh Dumada, 29, and Shantaram Dodhade, 57. They were also taken into custody and released after paying bail of 15,000 rupees (US$218).

Pastor Gowri said sources have told him that Inspector Jaybhave planned to file other false charges against them.

“Today Rawate, Jadhav and I are facing criminal charges for what happened in the hospital on March 1,” Gowri said. “We are a devoted team of local pastors who advocate for religious freedom for Christians in our surrounding villages. We stood up for the Christians in Bandhan that day, and I will never take a turn back from defending any Christian facing similar situation in future.”

Inspector Jaybhave was not available for comment, and officer Avinash Dakre of the Manor police station claimed that she “has no role in this.”

Dakre told Morning Star News that Pastor Jadhav was arrested because the Christians’ opponents told him that he visits the village often, “hence we suspect his involvement in this matter.”

Asked the basis for arresting and charging the pastors in the Bandhan attack, Dakre said, “That is not an issue; if they are not involved, I will consider striking down the charges before filing the charge sheet.”

He declined to comment on Hindu extremist targeting of Christians for holding worship services, saying he was only recently posted to the police station and that the investigation was ongoing.

Pastor Gowri said area Christians had been facing harassment for three months prior to the March 1 attack, leading them to file three police complaints. Police registered First Information Reports (FIRs) but failed to name the accused and closed the cases without investigating, he said.

As opposition to Christian worship rose, Mahima Dumada had filed a police complaint on Feb. 11, and police registered cases charging hard-line Hindu villagers with insults to provoke breach of peace and criminal intimidation, he said. In retaliation, the villagers cut the supply of water to Christian families.

“By March 1, it was already three days since the water pipeline was disconnected,” Pastor Gowri said. “They threatened the Christians, warning them to stop attending the church and renounce Christianity if they wanted the water supply back, or face the consequences.”

HYDERABAD, INDIA (ANS) -- Three pastors in western India have been criminally charged in retaliation for refuting a false account of a Hindu extremist attack on six Christians that left a teenage girl unconscious, sources said. Three of the six Christians beaten in Maharashtra state this month were