Top Posts
Pregnancy Resource Centers Fight For Life Amidst Opposition
This World is Not Our Home
Lessons Learned From a Gingerbread House
Let There Be Peace on Earth
‘I Wanna Dance’ movie: Whitney Houston’s success and...
Fact Finding, Sight Seeing, and Prayer Walking
Kidney donation led to 8 life-saving surgeries
The Power of Curiosity
When Love Came Down at Christmas
A Walk of Faith Begins with a Step...
Home ANS Reports Restrictions on Religious Freedom in Europe during Covid-19

STRASBOURG, France (ANS) — According to a study of more than 40 European countries it appears that in the vast majority of them, religious services are authorized, subject to compliance with health rules whose rigor varies greatly (physical distance, wearing masks, etc…). 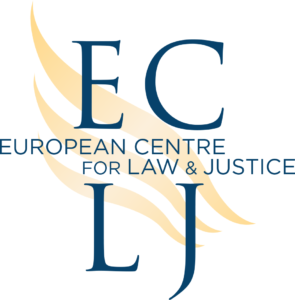 In its last partial update (December 7, 2020) The European Center for Law and Justice https://tinyurl.com/y8jnm6y9 says the principle in place “therefore remains that of  the respect for the fundamental right to religious freedom, including freedom of worship, limited by strict health measures to protect the health of citizens.”

On its website, ECLJ reports “respect for religious freedom and public health can therefore be ensured, as is the case in most European countries, by maintaining an authorization in principle for religious ceremonies, accompanied by health restrictions to guarantee the health of European citizens.”

It goes on to say: “Conversely, regarding the conduct of religious ceremonies, their general and absolute prohibition seriously infringes on religious freedom and often becomes discriminatory with regard to other gatherings, authorized despite the health situation.”

ECLJ says among the countries that maintain public religious ceremonies, two situations can be distinguished: countries with a more flexible lockdown than France and those with an equivalent lockdown. Some countries, such as Spain, Poland or the Netherlands, have never prohibited public worship, even during the first lockdown.

Here is a classification of the different European countries according to three main categories, from the freest to the most restrictive:

Most U.S. states fall into the first two categories.

The European Centre for Law and Justice is an international, Non-Governmental Organization dedicated to the promotion and protection of human rights in Europe and worldwide. The ECLJ has held special Consultative Status before the United Nations/ECOSOC since 2007.