Top Posts
God Saves Your Tears in His Bottle
Overcoming Common Misconceptions and False Assumptions
Character-Building Dilemmas
Set Your Heart on Things Above
The Power of Facilitating Partnerships and Collaboration
When We Don’t Feel Worthy
Vision For One Billion Souls By 2030 Unites...
Middle East Christian Converts Receive Bullet Death Threats
The World Needs More Audras
The Significance of the Seventh Man
Home ANS Feature She Sold her Baby Daughter for a Thousand Rupees

She Sold her Baby Daughter for a Thousand Rupees

WILLS POINT, TX (ANS – February 17, 2018) — Lakhi had been warned of the coming destruction, but so many others had denied it. She had nowhere to go anyway if it did come. But that day had finally arrived. Now hundreds of police officers marched through the monsoon rains, clearing Lakhi and her neighbors from their homes and making way for the bulldozers.

Carrying an infant in her arms, she joined the mass evacuation and pondered the question plaguing the other women: How would they care for their children now?

There was talk going around for years of clearing out prostitutes, like Lakhi, from the neighborhood, but only recently did these rumors turn into a real crack-down on the red-light district.

The day before, the big news had come: At 7:30 a.m., bulldozers were coming to tear down all the huts involved in the sex trade. Lakhi had until then to leave.

Four buses waited to take sex workers to a mental asylum-turned-rehabilitation facility. If they refused, they could return to the lands they may have been trafficked from or be put in prison. Despite their lack of options, no one climbed aboard the buses, and Lakhi wasn’t going to lead the way.

The next morning, as the walls of her home and business turned to rubble, she held her 1-month-old daughter close and ran. The journey began with thousands fleeing, but the crowd thinned out as former neighbors split off toward their homelands.

After traveling two miles through the rain, Lakhi saw a woman on the roadside who hadn’t come from the carnage, and she had an idea. 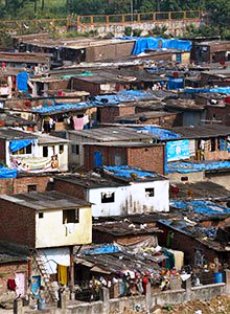 Lakhi didn’t know where she would get a job or how she would live, but she was certain of one thing right now: Her child could have a better life, if only this woman would say “yes.” If only she would agree to buy Lakhi’s daughter.

As far as Naavarasi knew, there wasn’t a protocol for handling requests that one buy another’s child. The traveling woman was making an outlandish plea. Still, she did seem truly desperate, and what would become of the poor baby if Naavarasi denied her?

At the very least, Naavarasi knew her one-month-old child would be safe in her family. And as the only girl in a house of three brothers, she would be well loved.

The women agreed on a price equivalent to $22 — about a month’s wages for some in the area — and Naavarasi took the infant home. She would call the baby Tamanna.

For a while, Naavarasi and her family made a happy home for Tamanna. But when the girl was 3 years old, Naavarasi was overtaken by stomach issues that frequently caused her to vomit blood. And though her family belonged to a traditional religion, their rituals did nothing to heal the mother of four.

As a wage laborer, Naavarasi didn’t earn much, but her children depended on all of it. If Naavarasi couldn’t go to work, if she couldn’t care for them, perhaps her sister would take them in — but her sister already had four children of her own.

It was a dark reality to grasp, but the future awaiting Tamanna and her brothers was just as uncertain as on that day by the roadside.

When every course of action Naavarasi tried had failed, she was left with only one thing to do: talk with others about her problems. One of those other people happened to be Chahna. 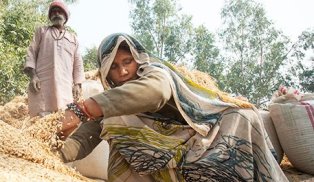 Chahna, a cook at a local Bridge of Hope center, was familiar with families in need, and she had seen the difference hope could make. Chahna strengthened her friend Naavarasi with this hope.

Change must have been starting when Naavarasi heard God cared for her, because she joined her friend Chahna at church one morning. As Naavarasi listened to Chahna’s pastor share, she felt the Lord calling her, and she decided to embrace His love.

Over time, God healed Naavarasi of her illness, which enabled her to resume her position as family provider. Not only that, but she is raising her children to know of the God who saved their family.

Because of her adoptive mother’s love, Tamanna, now 10 years old, has never known the pain she was rescued from as a baby or what she could have faced as a toddler. At age 5, she was enrolled in the local Bridge of Hope center — the very one where Chahna works.

As Bridge of Hope staff members watch Tamanna grow, they’re encouraged to minister to more children of the red-light district. They help Tamanna and other children through education, daily meals, regular medical checkups and personalized care — and it’s all done in Jesus’ name. 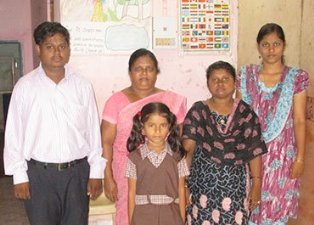 You can bring tangible hope and help to these mothers and their children by linking your life with a Bridge of Hope child. Just sponsor a child today by going to: https://www.gfa.org/sponsorachild/filter/

Note: GFA (Gospel for Asia) www.gfa.org and its world-wide affiliates have — for more than 30 years — provided humanitarian assistance and spiritual hope to millions across Asia, especially among those who have yet to hear the Good News. Last year, this included more than 82,000 children, free medical services for more than 180,000 people, 6,000 wells drilled, 11,000 water filters installed, Christmas presents for more than 600,000 needy families, and spiritual teaching available in 110 languages in 14 nations through radio ministry.

Photo captions: 1) Poverty presents formidable challenges for many mothers in Asia. (GFA). 2) Millions live in the slums of Asia, where problems like drugs, prostitution and poverty run rampant. (GFA). 3) This woman works at a threshing floor during the rice harvest. For mothers who work as day laborers, illness can threaten their ability to provide for their families. (GFA). 4) Through the care of Naavarasi and the Bridge of Hope staff, Tamanna (pictured) knows a life full of God’s grace. (GFA).