Top Posts
Colorado football coach Sanders’ unabashed faith
There’s A Light That Enters Houses With No...
Knowing the One Who Always Keeps His Word
Pregnancy Resource Centers Fight For Life Amidst Opposition
This World is Not Our Home
Lessons Learned From a Gingerbread House
Let There Be Peace on Earth
‘I Wanna Dance’ movie: Whitney Houston’s success and...
Fact Finding, Sight Seeing, and Prayer Walking
Kidney donation led to 8 life-saving surgeries
Home Tags Posts tagged with "ChinaAid"

HEBEI PROVINCE, China (ANS) —  Signs that the Chinese Communist Party (CCP) has intensified its censorship on religious books, videos and audios before July 1st, the 100th anniversary of CCP, have abounded, according to ChinaAid, which exposes abuses in order to stand in solidarity with the persecuted and promote religious freedom, human rights, and rule of law for believers in China. 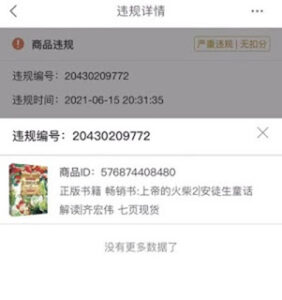 A translation of the message reveals the following Requirements:

“1. The dean of each grade oversees teachers of the corresponding grade. The head teacher of each class monitors the students of the class. Be sure to thoroughly check [inventories] and not miss any offenses.  2. Pay special attention to book corners [stores] and libraries. 3.Complete the checkup by June 21 (next Monday), and reply in the group in this format. 4. Please pay special attention to this political task.”

ChinaAid says reports appear to infer that this “political task” applies not only to Chengde Elementary School, but that other schools may also have received such a notice, including those in the Qingyun County, and Shandong Province. Usually, publicity department personnel, not teachers, send this type of notice to local education commissions, and in turn, they forward the notice to all schools.

ChinaAid reported: “For years, the Chinese Communist Party (CCP) has sent administrative orders (from higher to lowers levels) through internal documents and internal notices that have contradicted the Constitution. Authorities do not, however, make the administrative orders available on official channels and public medias.”

In its report, ChinaAid says two days prior to Chengde Elementary School’s WeChat notice, WeChat posted the following similar information through its mini-program called “mini checkin”: “To implement regulations on the management of religious information on the Internet, as well as operating regulations of WeChat mini-program platform, the ‘mini checkin’ platform will continuously delete all circles, topics, journals, audios and videos that are related to religion.”

According to Chinaid, the CCP characterizes “Hans Christian Andersen’s Fairy Tales” as a reactionary book.

“Officials fabricate charges to fine, detain, and arrest pastors, preachers, and Christians who speak publicly about their faith. They ban church schools, and only permit Three-self churches to sell the Holy Bible, banning it from other churches. CCP authorities also ban the Holy Bible, Christian books, and WeChat Christian official accounts on the internet.

“These censorship tactics reflect the atheistic CCP regime’s nature of anti-religious freedom, and the goal to control the people’s souls through its brain-washing agenda.”