Top Posts
Colorado football coach Sanders’ unabashed faith
There’s A Light That Enters Houses With No...
Knowing the One Who Always Keeps His Word
Pregnancy Resource Centers Fight For Life Amidst Opposition
This World is Not Our Home
Lessons Learned From a Gingerbread House
Let There Be Peace on Earth
‘I Wanna Dance’ movie: Whitney Houston’s success and...
Fact Finding, Sight Seeing, and Prayer Walking
Kidney donation led to 8 life-saving surgeries
Home Tags Posts tagged with "freedom of religion or belief (FoRB)."

freedom of religion or belief (FoRB).

SRI LANKA (ANS) — The UN Special Rapporteur on freedom of religion or belief (FoRB), Dr Ahmed Shaheed, presented his preliminary findings on the situation of FoRB in Sri Lanka on August 26, the concluding day of his official visit to the country at the invitation of the government.

Christian Solidarity Worldwide (CSW) reports Dr Shaheed, who was in Sri Lanka from August 15 to 26 to assess the situation of FoRB in that country, began by paying his respects to the memory of those killed during the Easter Sunday terrorist attacks, which took place on April 21, 2019. 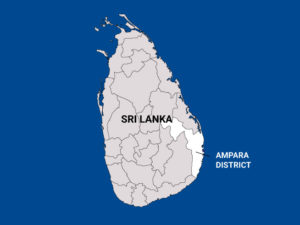 He stressed that the main challenge has been the state’s failure to protect the right to FoRB from infringement by non-state actors, referring to hostilities faced by Muslim and Christian communities including interruption of worship, property damage, assaults, intimidation, mob violence and demands for registration of churches and mosques.

Dr Shaheed said: “The long-standing traditions of religious harmony and co-existence in Sri Lanka must be reinforced to address the challenges of the modern context of the country. This is characterised by growing politicisation of religion, polarisation of communities through segregated education based on ethno-religious identity, opening up of under-regulated spaces for communication  through privatised electronic media and spread of social media, simmering resentment against perceived majoritarian privilege, growing frustration over capricious law enforcement, and the spread of religious extremism.”

In concluding his preliminary findings, Dr Shaheed recommended that Sri Lanka must take effective measures to address hate speech and hate crimes, including by prosecuting those who incite hate and by developing structures “to monitor and respond to hate speech in conformity with international human rights standards.”

The Special Rapporteur’s final report on Sri Lanka will be published later this year, and presented to the Human Rights Council at its 43rd session in March 2020. In the meantime, he has promised to continue engaging with stakeholders to clarify issues and gain further insight into the situation of religious minorities.

CSW’s Chief Executive Mervyn Thomas said: “We welcome the Sri Lankan government’s decision to extend an invitation to the Special Rapporteur on freedom of religion or belief. This is a promising step towards addressing obstacles to the full realisation of FoRB.

“With much work to be done to rebuild trust among ethnic groups following the end of Sri Lanka’s 30 year civil war, violence based on hate campaigns against religious minorities and a lack of State intervention to protect such minorities must be addressed urgently if the country is to progress towards reconciliation and prosperity.

“We urge the government of Sri Lanka to implement the Special Rapporteur’s recommendations to ensure that the pathway to transitional justice is set on course.”