Top Posts
Colorado football coach Sanders’ unabashed faith
There’s A Light That Enters Houses With No...
Knowing the One Who Always Keeps His Word
Pregnancy Resource Centers Fight For Life Amidst Opposition
This World is Not Our Home
Lessons Learned From a Gingerbread House
Let There Be Peace on Earth
‘I Wanna Dance’ movie: Whitney Houston’s success and...
Fact Finding, Sight Seeing, and Prayer Walking
Kidney donation led to 8 life-saving surgeries
Home Tags Posts tagged with "Islamic State Caliphate"

NINEVEH PLAINS, IRAQ (ANS) — The Islamic State (ISIS) has adopted a strategy of insurgency in areas previously under the militants’ control during the height of its so-called Islamic Caliphate.

According to Assyrian International News Agency (AINA) the genocide perpetrated by ISIS against religious minorities has left these areas devastated. Issues of transitional justice and security remain critical. 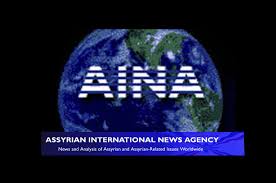 AINA said Iraq’s Nineveh Plains, traditionally home to most of Iraq’s Christians, is not immune to these challenges. International Christian Concern’s (ICC) Transitional Justice Report documents their impact on the Christian community of the Nineveh Plains.

Since ISIS was officially declared territorially defeated in the Middle East this past March, the militants have grown their insurgent activities in the Nineveh Plains. Iraq has increased its focus on how to provide justice on behalf of the militants’ victims, without hearing their testimonies. Meanwhile, Christians are left wondering what future is left for them in Iraq.

AINA reports the surprise public reemergence of Abu Bakr al-Baghdadi, the leader of ISIS, at the end of April addressed the group’s territorial loses and was, in essence, a formal declaration of insurgency. Previously, there were many doubts about whether al-Baghdadi was still in control of ISIS, or even if he was alive. His rare appearance was intended as a message of ISIS’s strength, cohesion, and determination to continue their genocidal policies.

A lack of security in Mosul remains the primary concern of these Christians. “Half of the civilians in Mosul joined ISIS,” a Mosuli priest told ICC. “Christians saw many movies on social media of how civilians welcomed ISIS in June 2014. How can they trust those people anymore?”

AINA reported Iraqi Security Forces killed 27 alleged ISIS militants in Mosul during the month of May. This includes at least one senior leader and multiple suicide bombers. In a refugee camp near Mosul, Iraqi Intelligence Officers arrested three men accused of affiliating with ISIS.

A mass grave was discovered by Iraqi Security Forces in western Mosul. Most of the 37 bodies were women. Local officials believe that they were executed when the militants seized Mosul in 2014. A forensic medical department in Mosul is currently identifying the remains. Most mass graves discovered thus far in Iraq hold the victims of religious minorities.

The court with the highest number of ISIS suspects in Iraq is located in Nineveh’s town of Telkeif. It is estimated that 9,000 cases were opened last year. Approximately 15 Christian families have returned to Telkeif following their displacement. Prior to ISIS, Telkeif was a predominantly Christian town. Security is again cited as a significant concern, preventing many from returning home.

HRW reports that Telkeif and other courts in Nineveh have taken positive steps forward in recent months which improve the judicial process. Courts now require a higher evidentiary standard, reducing their reliance on confessions and unsubstantiated allegations. This has increased the number of cases dismissed against individuals facing charges of ISIS affiliation. However, an estimated 50,000 arrest warrants are pending after their issuance from the court in Telkeif based on documentation captured from ISIS.

AINA said that despite these positive changes in the judicial process, courts fail to engage victims in the trials. This is a consequence of ISIS crimes being tried in counterterrorism courts and not under any penal law.

“I am a Christian. The whole rule (of Iraq) is not justice,” a believer shared with ICC while speaking more broadly of the absence of law applied on behalf of Christians.

The AINA report said the repatriation of ISIS militants to Iraq from Syria poses a serious question of how and where to house their accompanying families. Iraq is seeking the repatriation of 30,000 citizens, mostly women and children, who lived under ISIS in Syria. Officials recommended hosting these citizens in a refugee camp in Tal Afar, a city located directly between the two groups most heavily victimized by ISIS: Yazidis and Christians. The proposal appeared to have stalled last month because of humanitarian objections.

Meanwhile, Iranian-backed militias continue to take advantage of the lack of governance in the Nineveh Plains. These militias treat Christians in a second-class manner compared to their treatment of Shia Muslims, further fueling community polarization. In May, two Christian women were attacked in Bartella by Shia Muslims believed to be receiving support from the militias. Other local Christians report continued extortion and harassment from these militias.

Mysterious fires targeting agricultural fields are becoming increasingly common in Iraq and are usually claimed by ISIS. In the Nineveh Plains, the situation is blurred. Fires impacting local agriculture ignited in the Christian cities of Karamles and Qeraqosh in late May. It is unclear whether the fires were intentionally started. Some locals believe that fires in the Nineveh Plains were started by Iranian-backed militias attempting to ensure Iraqi reliance on Iran. Others believe the fires were started because of ISIS or tension between local community groups.

The author of this story, Michael Ireland, is a self-supported media missionary with ANS. Click here to support him as a missionary journalist.
June 10, 2019
FacebookTwitterPinterestEmail