Top Posts
Knowing the One Who Always Keeps His Word
Pregnancy Resource Centers Fight For Life Amidst Opposition
This World is Not Our Home
Lessons Learned From a Gingerbread House
Let There Be Peace on Earth
‘I Wanna Dance’ movie: Whitney Houston’s success and...
Fact Finding, Sight Seeing, and Prayer Walking
Kidney donation led to 8 life-saving surgeries
The Power of Curiosity
When Love Came Down at Christmas
Home Tags Posts tagged with "jeremy reynalds" 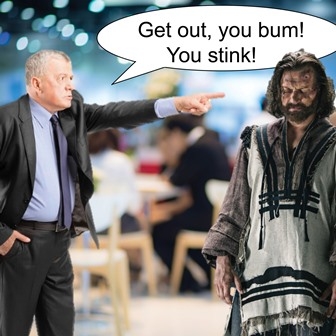 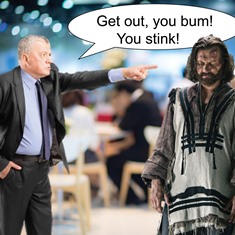 ALBURQUERQUE, NM (ANS March 5, 2018) –A Chinese restaurant in Carlsbad, New Mexico, is reported to have refused service recently for a homeless man because of the way he was dressed and his odor. He was also refused a take-away meal.

This whole scenario occurred when a citizen wanted to pay for his meal.

I wanted to take another look at this situation, so I had one of my staff call the Bamboo Garden Chinese Buffet Restaurant telling that he had six guys who he had hired as day labor and wanted to get them a meal.

My staffer said, “I mentioned that my crew was a bit rough and dirty. He said that was okay … but I warned him that they smelled a bit and they may not have showered for a few days. The man’s reaction was a bit rude. He said, ‘Dude!’ and hung up the phone on me.”

Maybe whoever answered the phone suspected it was a setup, but maybe not. Perhaps he had been receiving calls for a few days since the restaurant went under the microscope. Either way, his reaction was as inappropriate as when KRQE http://krqe.com/2018/02/19/womans-good-deed-foiled-after-restaurant-owners-refuse-to-serve-homeless-man/; first brought the issue to light.

I was curious what some of our guests at Joy Junction thought about this, so we asked them “If he had a bad odor, can you perhaps (or not) see their initial refusal because of business reasons, but how about denying a takeout meal. That appears plain discriminatory. Thoughts?”

Cindi called the action taken by the restaurant “one hundred percent discriminatory.” She continued, “But I also thought restaurants have the right to deny people, however their policy is inhuman.”

She added, “He was not allowed to eat in the restaurant, but then to deny the homeless man a plate to go is simply cruel. Life circumstances led him to his appearance, but food is a basic need. That restaurant owner was completely wrong for not giving him food, as if his life didn’t matter.

Another woman said they should have allowed him a takeout meal.

“I know that some businesses reserve the right to refuse service to anyone. But I think it would have been to their benefit to have served him, to show other customers their compassion.’

Kate saw absolutely no reason for refusing a takeout meal to the guy.

“The only thing I can think of would be the waiting out in front of the business might run people off. But refusing to feed him is not what Jesus teaches us to do.”

Janaya said she felt unnerved and angered by the restaurant’s behavior. She continued, “If he wasn’t allowed service because of his attire/smell, the offer to get a to go meal should have been granted especially after the first denial and disrespectful way it was presented.”

Someone else said that no matter what his condition he should have been served.

“I believe no matter how you look or smell, you could at least help them out. They should not judge anyone anymore no matter whom they are or where they came from.”

Shannon said an important question is what would Jesus do?

The golden rule “is to treat others as you want to be treated and to love one another. What if he was an angel of God? If everyone went by this and asked themselves these questions, things would be different.

“It’s just not smart; a meal is meal. Coming from a background in managing a number of restaurants and fast foods, I can understand the odor being a problem for others who want to enjoy their meal. But from a moral standpoint it is very wrong.”

One woman said the entire scenario made her sick to her stomach.

“It is truly a sad statement on society that we are judging people on their appearances. This is where we as Christians need to stand up and show God’s Love. We need to follow Christ’s example and see people through his eyes of love. Whatever we do we do to others we do onto God. We never know when we are entertaining angels. As far as the law goes they say that it is against the law to discriminate because of race and religion. I believe it should include discrimination against how you look.”

Someone else called it a “Lost opportunity to show love … Initially, he was refused service in the dining room because of the way he was dressed and his odor. When the kind women asked for a takeout plate he was again refused. I am at a loss for words.”

The person continued, “I imagine the shame and sorrow the homeless man must have felt. Life no matter what the circumstances had beaten this man down and left him sleeping under a bridge. I imagine his hesitation as the kind woman invited him to be her guest for lunch. I imagine he was aware of his attire and odor. Most probably he already felt ‘lesser than’ other people.”

I also asked some of our Joy Junction Facebook fans what they thought. Kristi weighed in, “I used to wait tables and serve this cool homeless woman, Cherokee. She always walks around with a blanket on her. She reeks of urine, but she is so sweet. There’s a lot of people who look out for her. People need to be kind and realize that they could be homeless too. Judge not before you judge yourself. Love everyone.”

Tina had an interesting point. She said, “I think a serious boycott is in order here. I can’t count the number of times I’ve literally been nauseated by the smell of perfume, cologne or someone that smells like an ashtray. I doubt they’d refuse service for that type of odor. People have got to lighten up.”

Matt said it is reasonable to refuse service in the dining room for a bad odor.

He added, “There is no reason to have refused a to go order unless the restaurant does not offer to go, or maybe they have a history with this guy and there could be a restraining order in place.”

“Most people become greedy thinking it’s just a way to make money. But it’s not. Its so much more than that. Any cook would know that. Now that the media sees what they have done, they just about hung themselves. The people and word of mouth is what keeps you in business.. This could have been handled differently on so many levels.”

The situation reminded me of another situation in Myrtle Beach, S.C. www.foxnews.com/food-drink/2018/03/01/video-homeless-man-kicked-out-mcdonalds-after-customer-buys-him-food-goes-viral.html; when a paying client was not allowed to buy a homeless guy food and asked to leave. What is our society coming to? What do you say? 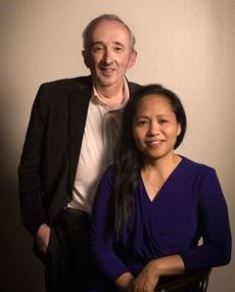 About the writer: Jeremy Reynalds is Senior Correspondent for the ASSIST News Service, a freelance writer and also the founder and CEO of Joy Junction, New Mexico’s largest emergency homeless shelter (www.joyjunction.org). He has a master’s degree in communication from the University of New Mexico, and a Ph.D. in intercultural education from Biola University in Los Angeles. One of his latest book is “Two Hearts One Vision.” It is available at www.twoheartsonevisionthebook.com, and just out is his newest book called, Tell Them Who We Are: What You’ve Never Understood about the Homeless (But Must), [2018 Redemption Press]. To purchase a copy, please go to: https://www.redemption-press.com/shop/tell-them-who-we-are/. Reynalds lives in Albuquerque, New Mexico, with his wife, Elma. For more information please contact Jeremy Reynalds at jeremyreynalds@gmail.com.