Top Posts
Knowing the One Who Always Keeps His Word
Pregnancy Resource Centers Fight For Life Amidst Opposition
This World is Not Our Home
Lessons Learned From a Gingerbread House
Let There Be Peace on Earth
‘I Wanna Dance’ movie: Whitney Houston’s success and...
Fact Finding, Sight Seeing, and Prayer Walking
Kidney donation led to 8 life-saving surgeries
The Power of Curiosity
When Love Came Down at Christmas
Home Tags Posts tagged with "Larry Norman" 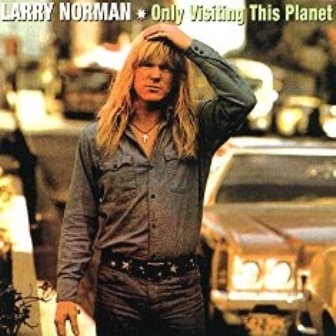 Fond Memories of a 1984 Meeting in Washington, DC 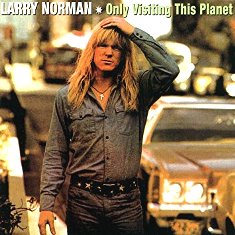 WASHINGTON, DC (ANS – February 28, 2018) — When I heard the news of the passing of Larry Norman on February 24, 2008, I was deeply saddened. I could not help but reminisce about several days back in 1984, when the leader of the modern conservative movement addressed a gathering of Christian media leaders in Washington, DC and an anti-establishment Christian rock activist dropped in.

These two events during these few days had an indelible impact on my life.

Larry sang Jesus into my life during the early 1970’s when I was not seeking God. I knew of Larry from the band “People” and their popular hit “I Love You.” In 1972, when I came across Larry’s solo album release “Only Visiting This Planet” on MGM’s Verve Records, it immediately caught my ear.

The music was terrific, and the message was just edgy enough that I listened. At the time, I was very impacted by the turbulent 1960’s, and totally swept up by the movement against the Vietnam War. Larry’s antiwar anthem “Six O’clock News” spoke of the tragedy of that war. My anti-establishment sentiments cheered at lyrics of “The Great American Novel.”

Larry Norman sang of Jesus Christ as the Son of God, but regarded by many in His day as an Outlaw activist. “He spoke out against corruption and He bowed to no decree, and they feared His strength and power, so they nailed Him to a tree.” 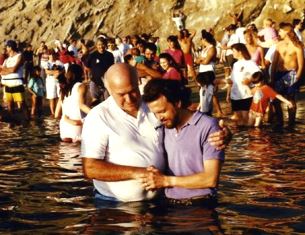 The music got my attention and the lyrics began to get my heart. I am certain God used Larry Norman to soften my heart to the point I was ready for a personal encounter with Jesus Christ in 1978 at a beach-side baptism service in Southern California conducted by Pastor Chuck Smith of Calvary Chapel.

These were the days when many still thought Christian rock n’ roll was an oxymoron. It was either Christian or rock n’ roll, but it could not be both.

It was at that 1984 NRB convention that I ran into Larry Norman.

When I saw a man with that familiar long blond hair checking in at the hotel registration desk of the Washington Hilton Hotel I was stunned. Was Larry Norman, the anti-establishment Christian rock musician really planning to attend this most conservative Christian gathering?

When I approached Larry, he said he had just arrived from a performance at Eastern Mennonite University, in Virginia and was simply spending the night before flying home in the morning. I was interested in talking with him and asked about having lunch together.

I had a memorable conversation over lunch with this man whose talent and activism I admired. During our conversation I mentioned President Ronald Reagan would be at the hotel that very afternoon to address the convention, and if he were interested I could possibly arrange for him to attend the event. I said I didn’t suppose he would be interested in seeing President Reagan, but that Pat Boone would be singing as well. I had heard Larry and Pat were friends.

To my astonishment, Larry said, “Could I see President Reagan?”

I was stunned that Larry could be anything but an anti-establishment guy like me, and answered, “Do you like President Reagan?”

He said, “Oh, I do. I voted for him. I think he is the greatest President we have ever had!” 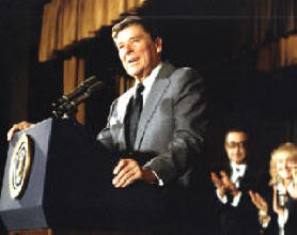 Larry did attend that gathering and President Reagan delivered a powerful address that challenged us all to take a stand for right, no matter the cost.

I will be honest. I did not immediately embrace Larry’s suggestion about conservatism. I never did vote for Ronald Reagan, but that metamorphosis did eventually occur in my life and today I believe Winston Churchill and Larry Norman were quite correct.

I am not sure if it was because President Reagan’s address so stirred him, but Larry changed his plans and stayed for the entire convention.

Two days later I mentioned to Larry that several of us were interested in hearing him sing. I asked if I were to get a room for a small concert, would he bless us with some music. He agreed and about fifty of us assembled in a small room. Larry Norman (left) at 1984 NRB Convention in Washington, DC.

Larry opened this mini concert with a powerful ballad I had never heard, “I Hope I See You in Heaven.” The song spoke of a friendship with a woman that never got around to a discussion about Jesus, and then lamented, “I held back the words ‘God Loves You’ and let out the words ‘Good-bye’ — and now you’re gone so far away, I hope I see you again someday, but if I don’t, I hope I see you in Heaven.” 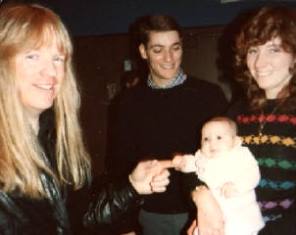 The Holy Spirit was practically shouting into my heart. What neither Larry nor anyone else there knew was that just six weeks earlier one of my wife’s dear friends from childhood had died very unexpectedly.

Pam had just recently reconnected with my wife, Linda, and she had wanted us to spend a weekend together with her in Upstate New York. Every date she suggested didn’t quite work within our schedule, so we passed. We later learned she was dying of cancer. Beautiful Pam died very quickly and was buried on a frigid cold Christmas Eve, with a funeral completely devoid of God. How we wished we had spent that weekend together when we had time. What a missed opportunity to share our faith.

While listening to Larry sing, all I could see was Pam’s face and I kept thinking, ‘I hope I see you in Heaven.’

I left that mini concert forever changed. The Holy Spirit spoke through Larry and I am certain that experience has pushed me past countless silly moments of indecision whether or not to discuss my faith throughout the following twenty-four years.

It is true Larry Norman was controversial and he continued to make some quite uncomfortable, however, Larry was always an activist for his Lord and there is no doubt that God used this rather audacious troubadour to speak into my life. I am grateful He allowed our paths to cross.

Time Magazine once called Larry “the most significant artist in his field.” Larry has said, “I’m just an artist, reaching toward Heaven.”

Till then, Larry, my friend. I hope to see you in Heaven. 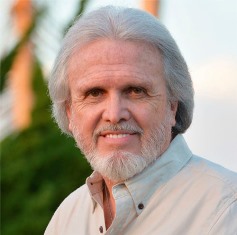 About the writer: V. Glen Megill is Founder and President of ROCK of Africa Mission (www.ROCKofAfrica.org), a Christian ministry to Zimbabwe, Zambia, and South Africa. He can be contacted at: vgmegill@gmail.com