Top Posts
Knowing the One Who Always Keeps His Word
Pregnancy Resource Centers Fight For Life Amidst Opposition
This World is Not Our Home
Lessons Learned From a Gingerbread House
Let There Be Peace on Earth
‘I Wanna Dance’ movie: Whitney Houston’s success and...
Fact Finding, Sight Seeing, and Prayer Walking
Kidney donation led to 8 life-saving surgeries
The Power of Curiosity
When Love Came Down at Christmas
Home Tags Posts tagged with "The Marshmallow Test" 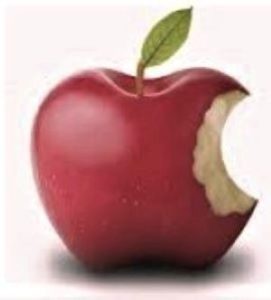 “You are tempted in the same way that everyone else is tempted. But God can be trusted not to let you be tempted too much, and He will show you how to escape from your temptations”—1 Corinthians 10:13 (CEV).

Amazed by a video my youngest son sent to me recently, I laughed. The video was what I would call a training video. To teach my two-year-old granddaughter about delayed gratification, her mother, an educator, placed a few pieces of candy on the kitchen table.

After her mother lifted Ruby into her booster seat, she immediately reached for the candy. Her mother said several times, “Don’t eat the candy until I come back. I have to get something in another room.”

Ruby answered with an “okay” each time her mother asked her not to eat the candy. Amber had placed her cell phone on the table to capture the minute-and-a half Ruby was alone with the candy. Surprisingly, Ruby didn’t eat the candy. Both my son and daughter-n-law were pleasantly surprised at their daughter’s ability to resist temptation. I found the experiment fascinating.

Curious about research conducted by Walter Mischel in the late 60s and early 70s, Amber decided to test his theory. The purpose of the study, called “The Marshmallow Test,” was to give insight into the role self-control and delayed gratification played on future success.

The results varied based on the number of seconds a child could delay in eating the marshmallow before them. Analysis of the results of this experiment developed into the foundational theory of self-control. According to the study, children who delayed gratification were more likely to have a successful future.

Many characters in the Bible utilized self-control in the face of temptation. A good example is Daniel and his three friends. Declining the king’s food and wine, they exhibited self-control.

“But Daniel purposed in his heart that he would not defile himself with the portion of the king’s delicacies, nor with the wine which he drank; therefore he requested of the chief of the eunuchs that he might not defile himself” (Daniel 1:8).

Though they might have been tempted, Daniel and his friends exhibited the ability to stand up for their beliefs. Instead, they ate only vegetables and drank water for 10 days. At the end of that time, they were healthier than the young men who ate the king’s food.

A Lack of Self-Control

A well-known example of a lack of self-control is found in the parable of the Lost Son, also known as the Prodigal Son. Found in Luke 15:11-32, Jesus tells the story of a man with two sons. The youngest son said to his father, “Father, give me my share of the estate.”

After the father divided his property between his sons, the younger one packed and left for a distant country where he squandered his wealth in wild living. Left penniless and facing a severe famine in the whole country, he hired himself out to a farmer. Sent to the fields to feed the pigs, the young man finally came to his senses. Without anything to eat, he even longed to fill his stomach with the slop the pigs were eating.

Starving, he knew he had to go home where upon his arrival, he was greeted with his father’s open arms. Wanting to celebrate his son’s return, he organized a feast to celebrate. His father said, “For this son of mine was dead and is alive again; he was lost and is found.’ So, they began to celebrate.”

Jesus also fought temptation. Remember his 40 days in the wilderness after he was baptized? In Luke 4:1-13, Satan tempted Jesus with food, power, and the opportunity to show off His power. Resisting, Jesus quoted scripture to tell Satan why He wasn’t going to give in.

The Bible also tells us Jesus was full of the Holy Spirit. God was with him, helping him to resist temptation. God is also the answer for us to defeat Satan.

It’s difficult, maybe impossible, to resist temptation without God’s assistance. If we want to be victorious, we need to ask Him to fill us with His Holy Spirit so we can win the battle.