Top Posts
There’s A Light That Enters Houses With No...
Knowing the One Who Always Keeps His Word
Pregnancy Resource Centers Fight For Life Amidst Opposition
This World is Not Our Home
Lessons Learned From a Gingerbread House
Let There Be Peace on Earth
‘I Wanna Dance’ movie: Whitney Houston’s success and...
Fact Finding, Sight Seeing, and Prayer Walking
Kidney donation led to 8 life-saving surgeries
The Power of Curiosity
Home Tags Posts tagged with "University of Sheffield"

SHEFFIELD, UNITED KINGDOM (ANS) — Felix Ngole, a Christian believer thrown out of a UK university because of a private Facebook post he made on same-sex marriage, won his freedom of speech campaign in a landmark judgment by the Court of Appeal on July 3.

According to BarnabasAid, the judges ruled the university had “wrongly confused the expression of religious views with the notion of discrimination.” The mere expression of such theological views as homosexuality being a “sin” did not mean a person of faith “will discriminate on such grounds.” 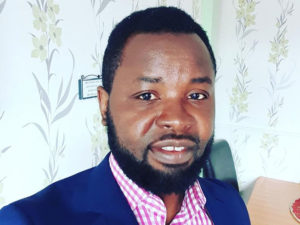 Felix Ngole described the Court of Appeal ruling as “great news” for everyone who cared about free speech [Image source: Felix Ngole (Facebook)]

BarnabasAid said the 41-year-old was thrown off his MA course in social work at the University of Sheffield in 2016, after quoting from the Bible to defend a US official jailed for refusing to register a same-sex marriage because of her religious beliefs.

Ngole, who arrived in Britain in 2003 as an asylum seeker after fleeing persecution in his native Cameroon for his religious beliefs, posted that the official had done nothing wrong and was only expressing her beliefs as a Christian. He wrote, “The Bible and God identify homosexuality as a sin … same sex-marriage is a sin whether we like it or not.”

The university stated that his post “may have caused offence to some individuals” and ruled Ngole had “transgressed boundaries which are not deemed appropriate for someone entering the social work profession” – a decision upheld by the UK’s High Court in 2017.

Ngole, who took a job as a career after his hopes of becoming a social worker were dashed, said, “This is great news … for everyone who cares about freedom of speech. As Christians we are called to care for and serve others, and publically and privately we must be free to express our beliefs, without fear of losing our livelihoods.”

The author of this story, Michael Ireland, is a self-supported media missionary with ANS. Click here to support him as a missionary journalist.
July 18, 2019
FacebookTwitterPinterestEmail