Top Posts
Knowing the One Who Always Keeps His Word
Pregnancy Resource Centers Fight For Life Amidst Opposition
This World is Not Our Home
Lessons Learned From a Gingerbread House
Let There Be Peace on Earth
‘I Wanna Dance’ movie: Whitney Houston’s success and...
Fact Finding, Sight Seeing, and Prayer Walking
Kidney donation led to 8 life-saving surgeries
The Power of Curiosity
When Love Came Down at Christmas
Home ANS Feature The high adventure of saving lives and changing destinies

The high adventure of saving lives and changing destinies 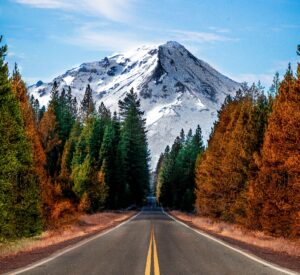 High adventures can come in many forms

There is nothing more exciting, satisfying and fulfilling than being instrumental in someone coming into a vital relationship with the living Lord Jesus. It’s knowing that he or she has become a brand-new creation in Christ and that their eternal destiny has been changed.

I believe God places in our hearts a desire to know Him and to be a part of His redemptive activities in the world—advancing His kingdom.  It is a great adventure to be an instrument of His righteousness.  We have the promise that the Holy Spirit is working in us, both to will and do of His good pleasure.  He is the one who can save lives and change destinies.

A friend of mine named Charles once said to me over dinner, “I’m tired of plain vanilla Christianity.” We were both in Washington, D.C., on business and had a good dinner together sharing about our jobs, our ministries, and our walks with the Lord. I prayed with Charles about his desire to see the power of God at work in a new way and assured him that the Lord would answer the desire of his heart. 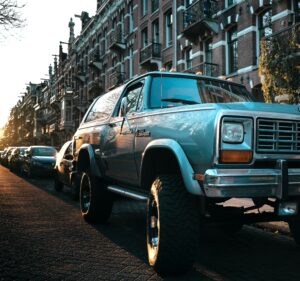 Breakdowns and accidents can provide witness and ministry opportunities

We left the restaurant, and we decided to walk the few blocks back toward our hotel.  As we waited to cross an intersection, Charles struck up a conversation with a man who was trying to restart his truck. It had broken down as he was making a turn and was blocking part of our crosswalk. He had diagnosed the problem and called his wife, who was on her way with a carburetor part he needed. We waited with him and began to share with him about the Lord Jesus.

“The Lord must have put you in our path tonight so we could tell you about Him,” we said. “Both of us have received Jesus Christ into our lives, and it’s the most encouraging thing that’s ever happened to us. We no longer must struggle with guilt over the things we know we have done wrong. We have a genuine peace and joy in our lives.”

After sharing further about the death, burial, and resurrection of the Lord Jesus and God’s desire to make him a new person, we asked the man if he would be willing to call on the Lord and receive Christ into his life.  The man said yes, and we were praying with him as his wife drove up with the needed part. Their teenage daughter was in the car with her. While the man began to repair his truck, we shared with his wife, “We’ve got great news for you! Your husband just received the Lord Jesus into his life. You need to do that, too, don’t you?”

She said yes, as did the teenage daughter. Within a matter of ten or fifteen minutes from the time we came to that intersection, we were standing under the streetlight, our hands joined with those of this family in a circle of prayer. We prayed that their entire family would come to be united in Christ! 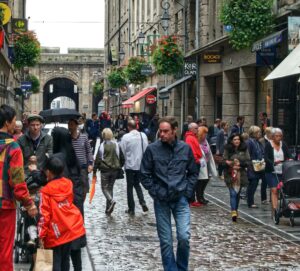 The streets are filled with many who need the Lord

We continued toward our hotel and encountered a barefoot man, reeling under the influence of liquor and drugs. His jaw had been broken, and his teeth were wired together. He was muttering unintelligible syllables. We finally made out his demand for a cigarette. I thought of what Peter said to the blind man at the Beautiful Gate: “Silver and gold I do not have, but what I do have I give you” (Acts 3:6). Neither Charles nor I had a cigarette to give, and the third time the man asked, I looked him straight in the eye and declared with as much authority as I could muster, “I don’t have any cigarettes, but I do have something you need. In the name of Jesus Christ—”

Before I could finish the sentence, the man began to cry out, “Oh, no!” He jerked into a stunned silence, as though something had hit him. I had no doubt it was the power of God. He put out his hands to brace himself against a wall behind him, and a softness began to come over his countenance. I continued to affirm the promises of God over him:

As I spoke, he stood up, and his words became clear. He put on the shoes he had been carrying in his arms and tied the laces; then, we began to walk together.

By now, I had begun reciting the Twenty-third Psalm: “‘The Lord is my shepherd; I shall not want….’” When I got to the line, “I will fear no evil,” he joined in, “‘I will fear no evil,’” and kept repeating that line over and over. 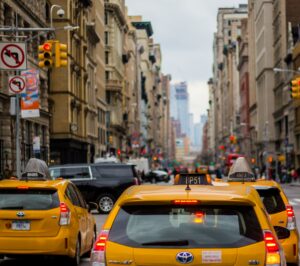 Taxi drivers are often open to hear about Jesus

“The Lord has released you,” I assured him, “from the satanic stronghold that was keeping you in bondage. You can call upon His name now.” The man repeated the name Jesus softly.

I could tell he needed rest. We hailed a cab and took him to a nearby shelter for a night’s lodging. I went into the shelter with him, and Charles stayed in the cab, explaining to the driver—a Muslim from Iran—what had just happened to this man. Charles’s face was radiant with joy when I returned. He had led this cab driver to the Lord. The driver said he had never seen such compassion and knew that the power of God in our lives was genuine.

“No way!” Not for Charles. And certainly not for the truck driver and his family, the barefoot drunk, or the Iranian cab driver.  Need a lift in your spiritual life? Share your faith with someone.  Introduce others to the living Christ.

When we step out in faith, act on the Word of God and trust Him, we can expect God to work.  It may not be spectacular or sensational, but it will have eternal implications.  There is great power in speaking and acting in the name of the Lord Jesus.

How a truck driver, homeless man, and Iranian cab driver came to Christ one night