Top Posts
Knowing the One Who Always Keeps His Word
Pregnancy Resource Centers Fight For Life Amidst Opposition
This World is Not Our Home
Lessons Learned From a Gingerbread House
Let There Be Peace on Earth
‘I Wanna Dance’ movie: Whitney Houston’s success and...
Fact Finding, Sight Seeing, and Prayer Walking
Kidney donation led to 8 life-saving surgeries
The Power of Curiosity
When Love Came Down at Christmas
Home Tags Posts tagged with "000 homes for Christians in Iraq"

000 homes for Christians in Iraq 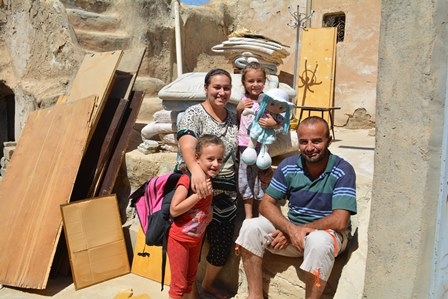 BAGHDAD, IRAQ (ANS – February 13, 2018) — Christians forced out of their ancestral lands in northern Iraq are rejoicing after Aid to the Church in Need (www.acnuk.org), a leading Catholic charity, announced an urgent injection of aid to rebuild an extra 2,000 homes.

According to a press release written by John Newton and Murcadha O Flaherty, the US$5 million (£3.6 million) package from Aid to the Church in Need (ACN) will support projects renovating 2,000 houses on the Nineveh Plains — 1,500 in Qaraqosh and 500 in Bartella, Bashiqua and Bahzani.

It quoted Baron Johannes von Heereman as saying: “If we do not do everything in our power to support this first third of returning Christians, they will leave their towns again – and perhaps even the country — for good.”

It said that ACN’s Middle East projects head, Father Andrzej Halemba, said he was encouraged that up to 35 percent of Iraq’s Christian had already returned to their homes.

“More than 30,000 Christians have in the meantime gone back to where they lived before the Islamist terrorist groups invaded. However, their situations are anything but easy,” it quoted Father Halemba as saying. However, he added that Christians are facing high heating and electricity costs due to a severe winter.

It went on to quote Father Halemba as saying that although Daesh (ISIS) had been defeated in the region, their extremist ideas had taken root in some sections of society.

ACN said that rebuilding is being overseen by the Nineveh Reconstruction Committee (NRC), which was formed by the Chaldean, Syriac Orthodox and Syriac Catholic Churches.

It said that since it was set up in late March 2017, the NRC has rebuilt nearly 3,000 houses – with ACN providing support for the renovation of 784 homes.

The latest aid package, the release said, is a stopgap measure until more charities, governments and NGOs back the NRC scheme. 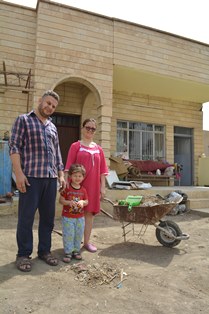 “It will be possible to achieve the greater objective — namely, to restore 6,000 houses — only if we provide concrete aid together with other players and only if this region is not left to its own devices. This would enable at least each second displaced person of the Christian minority to return. Otherwise, we have to fear a reversal of the currently still tangible homecoming process.” It quoted Father Halemba as saying.

The news release said that Father Halemba stated that to keep people from emigrating from the area, further steps needed to be taken to ensure long-term security.

It claimed that since 2014, when Daesh (ISIS) seized the Nineveh Plains, Aid to the Church in Need has provided more than US$40 million (£28 million) for Iraq’s Christians.

It maintained: “ACN provided nearly half of all emergency aid — food, medicine, shelter and schooling — for displaced families supported by the Chaldean Archdiocese of Erbil.

Iraq’s Prime Minister Haider al-Abadi has stated that his country needs more than US$97 billion (£70 billion) to fix crumbling infrastructure.”

There were more than 1 million Christians living in Iraq before the fall of Saddam Hussein’s regime in 2003. Numbers have declined to between 200,000 and 250,000 today, it claimed.