Top Posts
Tomorrow is Promised to No One
‘Needtobreathe: Into The Mystery’ Documentary Feature to Premiere...
Unmasked: Conquering Sexual Sin and Walking in Victory
Performers Announced for the 52nd Annual GMA Dove...
Girls Exposed to ‘Shadow Pandemic’ of Sexual Abuse
Best in Contemporary Christian and Gospel Music to...
John Warwick Montgomery to Deliver Lanier Lecture
God is Perfect in All His Ways
Letter-writing and prayer campaign launched for persecuted believers
Sight Seeing, Fact Finding and Prayer Walking: A...
Home Our Writers 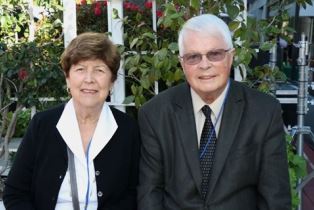 Dan Wooding has lived one of the most amazing and exciting lives you could ever imagine…..Pastor Rick Warren

Dan is the Founder of ASSIST Ministries and the Assist News Service.  He passed away on March 18, 2020, after a two year battle with complications of Leukemia.  He is survived by his wife Norma and his two sons, Andrew and Peter, both in the UK.  His legacy and ministry, however, continue on in the form of Assist News Service. His son Peter is now Senior Editor.  Unlike other journalists, Dan’s mission was not only to report on issues of Christian persecution but to also work for their release.  Thus, Assist News exists to support the persecuted church by publishing their stories and encouraging the body of Christ. 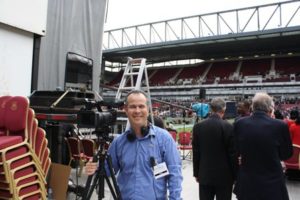 Peter Wooding is passionate about the gospel and serves as a media missionary.  He spent five years as a YWAM missionary and has traveled the world for 22 years as a journalist reporting on the persecuted church and global ministry efforts.  He worked as a sub-editor for the Chester Chronicle Newspaper and later became the news editor for UCB Radio, one of the largest Christian radio networks in the UK.  During his 11 years with UCB, he reported from countries such as India, Gambia, Israel, Russia, S Korea, Mozambique, and Dubai.

Peter Wooding continues to serve different ministries including Leading The Way, Hope Together, Forge Leadership and New Life Newspaper. He is the European Bureau Chief for the ASSIST News Service and the London Bureau Chief for the Global News Alliance. He also works as the UK Director for Mercy Projects.  These duties mean that his cell phone rings constantly and he gets to serve the Lord with his passion for media and missions.

Peter Wooding is the younger son of Dan and Norma Wooding, founder of ANS. His hobby is running marathons, having completed 22 to date, many of which he’s run to support the work of Mercy Projects. He lives in North Wales with his wife Sharon and three daughters. Contact Peter including video production at woodingpeter@hotmail.com or +44 7500 903067. 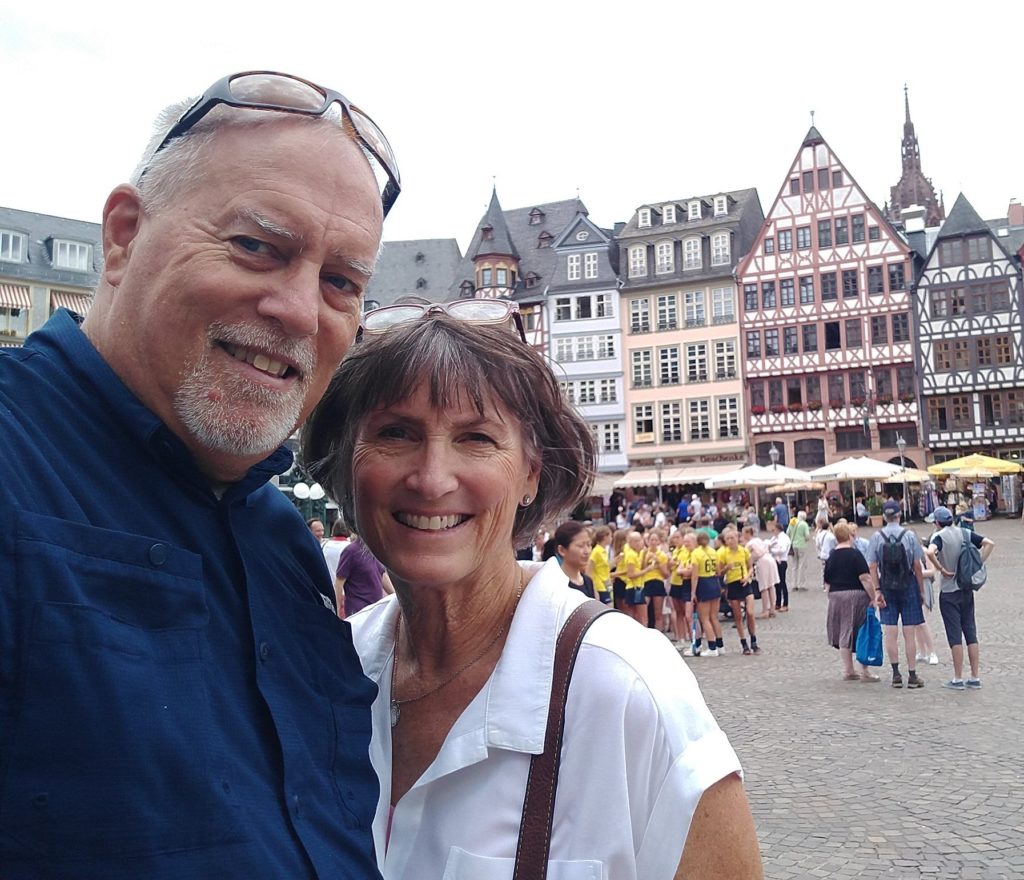 Jeff Thompson is the missionary director of Mercy Projects in Murrieta, California.  In addition, he serves as a volunteer editor with Assist News Service.

Jeff married his wife Paula in 1980 and they moved to Berlin, Germany to smuggle bibles behind the Iron Curtain. He tells the story in the book “Leaving The American Sector.”

Today, however, Jeff enjoys working with Peter Wooding at Assist News to share stories about the persecuted church.  He continues to lead the ministry of Mercy Projects in Ukraine, Kosovo, and Armenia.  Jeff Thompson and wife Paula have 9 grandkids and love to host children with Safe Families For Children in southern California. 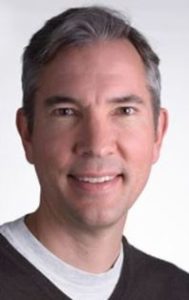 Brian Nixon is a writer, artist, musician, and educator. He’s a graduate of California State University, Stanislaus (BA), Veritas Seminary (MA), and is a Fellow at Oxford Graduate School (D.Phil.).

A quick word about Brian Nixon. He is a staff pastor at Calvary Albuquerque, a former rock band member in southern California, and longtime friend and writer at Assist News.  Brian enjoys writing about all things arts-related and especially the three words known in philosophy as the transcendentals — truth, beauty, and goodness. The transcendentals have been part of human existence for thousands of years as the written records indicate; all cultures have dealt with them on one level or another. In the West, Plato, Pythagoras, Socrates, and Aristotle all had something to say about the transcendentals. During the first century, Paul of Tarsus interwove the transcendentals in a broader context, best portrayed in his letter to the Philippians, chapter 4:8.

In the Middle Ages thinkers such as Plotinus, Pseudo-Dionysius, and Augustine weighed in on the areas. And Thomas Aquinas helped broaden our understanding of truth, beauty, and goodness as it relates to theology. But in our contemporary world, the transcendentals have been separated. As an example, the truth has been relegated to the sciences, beauty to the arts, and goodness to religion. But historically, they are not separate entities, but one, all leading back to metaphysical principles, ontology and being. Generally, humanity sought the transcendentals as a means to understand and appreciate life, asking what is true, how is something beautiful, and what does it mean to live a good life. 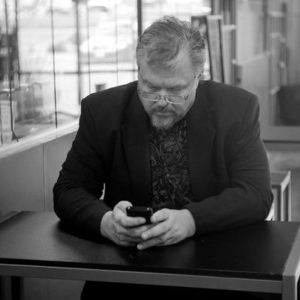 Alex Murashko has more than 25 years in media-related work, including reporting community news for the Los Angeles Times, education coverage for the Press-Enterprise in Riverside, Calif., Founding Editor for TogetherLA.net, and editor and reporter for The Christian Post’s Church & Ministry section. Murashko is the founder of Media on Mission, a ministry aimed at highlighting the work of journalists and media, working in all platforms, whose Editor in Chief is above all others. There are Christian journalists working in secular and faith-based media outlets whose tremendous work for God’s kingdom should come to the forefront. 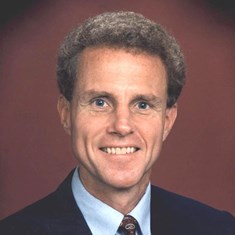 Rusty Wright is an author and lecturer who has spoken on six continents. He holds a Bachelor of Science in Psychology and a Master of Theology degree from Duke and Oxford universities, respectively. You may contact Rusty at www.RustyWright.com 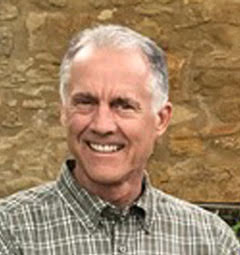 Mark Ellis is Senior Correspondent for the ASSIST News Service and is also the founder of www.GodReports.com, a website that shares testimonies and videos from the church around the world to build interest and involvement in world missions. Previously, Mark co-hosted a TV show called “Windows on the World” with ANS Founder, Dan Wooding, aired on the Holy Spirit Broadcasting Network (http://hsbn.tv), which is now co-hosted by Dr. Garry Ansdell, Senior Pastor of Hosanna Christian Fellowship in Bellflower, California. 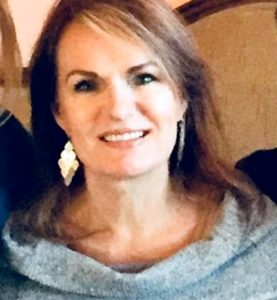 Janey DeMeo is founding director of Orphans First, a non-profit organization providing food, clothes, shelter, education, medical help and Bible teaching for suffering children in several countries: www.orphansfirst.org. Janey is also an author and writer with books and articles in French and English. Janey and her husband ministered in France for 22 years and planted a church. They traveled extensively to many other countries for the cause of Christ, helping church-plant initiatives and launching children’s ministries. They finally moved to America at the end of 2003 and both taught in the Calvary Chapel Bible College for a few years. Their present ministry focuses on discipleship and helping children-in-crisis.

Janey, a Brit, describes herself as a mother, grandmother, animal lover and advocate for children-in-crisis and issues of justice. Her husband is a pastor. 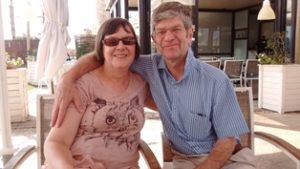 Charles Gardner is a veteran Cape Town-born British journalist working on plans to launch a new UK national newspaper, reporting and interpreting the news from a biblical perspective. With his South African forebears having had close links with the legendary devotional writer Andrew Murray, Charles is similarly determined to make an impact for Christ with his pen. He is also the author of Israel the Chosen (Amazon) and Peace in Jerusalem, available from olivepresspublisher.com, and has worked in the newspaper industry for more than 40 years. Part-Jewish, he is married to Linda, who takes the Christian message around many schools in the Yorkshire town of Doncaster. He has four children and nine grandchildren and can be reached by phone on +44 (0) 1302 832987, or by e-mail at chazgardner@btinternet.com