Top Posts
Knowing the One Who Always Keeps His Word
Pregnancy Resource Centers Fight For Life Amidst Opposition
This World is Not Our Home
Lessons Learned From a Gingerbread House
Let There Be Peace on Earth
‘I Wanna Dance’ movie: Whitney Houston’s success and...
Fact Finding, Sight Seeing, and Prayer Walking
Kidney donation led to 8 life-saving surgeries
The Power of Curiosity
When Love Came Down at Christmas
Home Tags Posts tagged with "A Larry Ross" 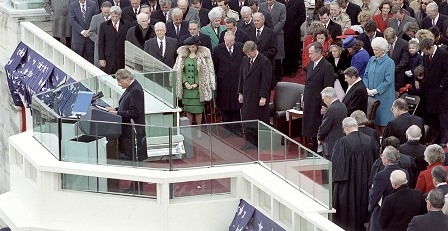 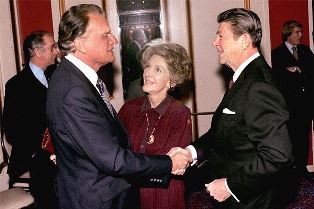 DALLAS, TX (ANS – March 5, 2018) — With the exception of Supreme Court Justice Marshall in the 1800s, evangelist Billy Graham, 99, who was laid to rest on March 2, 2018, next to his wife Ruth at the Library bearing his name, participated in more Presidential Inaugurals — nine, both Democrat and Republican — than anyone else in history.

Beginning with Ronald Reagan’s in 1985, I was privileged to accompany Mr. Graham to five Presidential Inaugurals in which he was involved.  Following the presidential address at George W. Bush’s second inauguration, he opined to another colleague and me, “George Bush wasn’t speaking to us, but to the generations that will come behind.”

The evangelist was talking about legacy — staying the course and finishing well – a topic that had been on his mind over the previous year since the death of his longtime friend, Ronald Reagan. Having read the biographies of several of America’s Founding Fathers, Mr. Graham began to consider what legacy meant for his own life, and how it could be manifested, monitored and maintained.

Mr. Graham explained that “His Excellency,” Joseph J. Ellis’ compelling profile of George Washington, chronicled the simultaneous formation of the character of the man and personality of our nation, resulting in our first President becoming the primal symbol of American independence. Washington, diligently mindful of his personal papers, started a “posterity project” in 1781 to properly record his correspondence during the American Revolutionary War. He continued to strategically court his legacy by having aides Lear and Humphreys write for “subsequent generations as much as to current correspondents.” 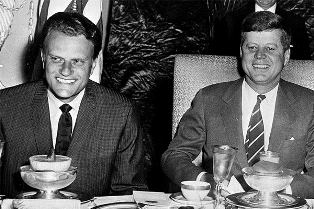 President Washington’s deliberate and pre-meditated approach to destiny came from a “secular, rather than a sacred version of immortality,” as he assumed the only form of persistence was in the memory of succeeding generations.

In the months following Mr. Graham’s comments to me at President Bush’s inauguration, I came to realize that Billy Graham’s influence and impact were not a matter of destiny or “providence,” as Washington believed, but was due to the evangelist’s faithfulness to the calling on his life. He had an audience of One, and would consistently “suit up and show up,” while leaving the results to the Lord he served.

Just as George Washington and Billy Graham shared a premonition for the narratives that would coalesce after their respective passing, the unprecedented nature of their careers arose in atmospheres of great ideological and political shifts. During the 17th and 18th centuries, the rational ideas of the “Age of Enlightenment” sought to replace a reliance on God as the supreme author of human fate. In their attempt to form the perfect government, Washington and his contemporaries believed that properly applied reason, rather than doctrine, would solve society’s ills.

In many ways, the cultural milieu from which Mr. Graham emerged was the inverse of Washington’s: by the mid-20th century, the Second World War and the advent of the Atomic Age had disastrously demonstrated the limitations of human reason. America hungered for answers, and Mr. Graham offered them knowledge of an entirely different kind, a hope that transcends all human failure. 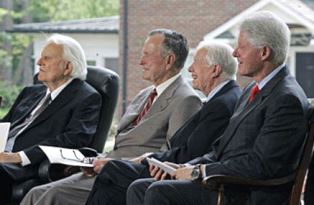 Through both message and ministry, Billy Graham projected to America an unfolding narrative of God’s grace. Scholars, historians, theologians and media will be studying his life, philosophy of ministry and inventory of sermons and statements — as they have Moody, Sunday, Whitfield and other great evangelists who have gone on before.

While Washington’s presidency became the lodestar for American politicians, Billy Graham modeled character, integrity and authenticity for all. His public ministry gave credibility to the Christian faith — particularly Evangelicalism — within the culture at large and among national and international leaders.

The lives of world-changing figures from the past demonstrate that legacy is redemptive-historical, coming into better focus as it stands the test of time for select individuals who have made a significant impact on his or her generation or society.  It has meaning when considered in context with spiritual, political and social forces operative in one’s lifetime, and how one influenced behavior, opinion or current events.

And though Washington’s calculated codification of his papers occasionally tended toward revisionism, history indicates that legacy strives to be objective – showing warts and all, including recovery from mistakes, such as Mr. Graham’s heartfelt in-person apology to the Jewish community following the release of the Nixon tapes.

Billy Graham’s historical impact encompasses a wide tent, including his secondary influence on such unlikely cultural icons as Bono, who noted in his autobiography the personal impact the evangelist had on him.  “Billy Graham would have to be at the top of the list,” he wrote.  “He offered me a blessing and then laid his hands on me.  A beautiful man who could turn the Scriptures to poetry with his lilting Southern accent.” 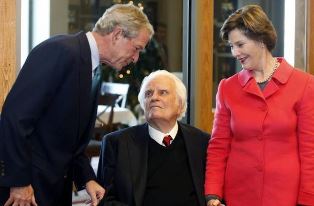 Like the ancient image of Janus, the legacy of an individual looks at once ahead and behind – it educates and sustains future generations with knowledge and transferrable principles from the past. Though Billy Graham lived in a different era and arose out of specific circumstances, his message and personal example of integrity is universal. It has and will continue to be passed down to subsequent leaders, pastors, believers and seekers — even those who may have never had opportunity to hear him preach. His unique bequest provides not only a blueprint, but also an action plan for evangelism based on an inclusive biblical worldview and a benchmark of trust in God’s faithfulness that will endure for the ages. 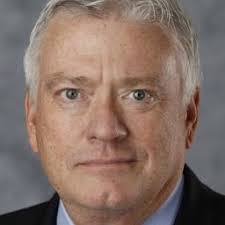 About the writer: A. Larry Ross is president of A. Larry Ross Communications, a Dallas-based media/public relations agency founded in 1994 to provide cross-over media liaison at the intersection of faith and culture.  For more than 33 years, he served as personal media spokesperson for evangelist Billy Graham, and is responsible for the website, http://www.billygrahamlegacy.info/ and curator of the video streaming channel, http://bit.ly/BillyGrahamLegacyYouTube.