Top Posts
Pregnancy Resource Centers Fight For Life Amidst Opposition
This World is Not Our Home
Lessons Learned From a Gingerbread House
Let There Be Peace on Earth
‘I Wanna Dance’ movie: Whitney Houston’s success and...
Fact Finding, Sight Seeing, and Prayer Walking
Kidney donation led to 8 life-saving surgeries
The Power of Curiosity
When Love Came Down at Christmas
A Walk of Faith Begins with a Step...
Home Tags Posts tagged with "A Third Of Us"

A Third Of Us

CARY, NC (ANS) – Many across America may have seen the symbol “I II”.

What does it stand for?

The three tally marks – with the left one standing slightly apart – symbolizes an exciting missions movement called “A Third of Us.” 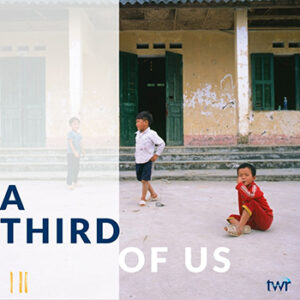 TWR, also known as Trans World Radio, said the aim is to create awareness and mobilize believers to spread the gospel to the one-third of the world’s people who have had little or no chance to hear it.

The 1:11 Prayer Challenge took place on Sunday, May 23 on Facebook Live, video chats featuring authors and preachers David Platt and Francis Chan along with others were released throughout the day.

“Someone came and presented the gospel to us and gave us the opportunity to be reconciled to God, to have a relationship with God and to have our lives transformed by the living God,” said Jon Fugler, board chairman of the alliance and TWR’s chief content officer.

“Why would we hold that back from millions of others?” he asked.

May 23 was the Day of Pentecost, which also served as the annual International Day for the Unreached, another mission-focused event sponsored by the Alliance for the Unreached. TWR is a founding member of the alliance, which is a nonprofit collective of over 50 mission-minded organizations.

Participants in the Sunday event on Facebook Live were urged to pause at 1:11 p.m. each day for 33 days to pray for the “third of us” who have no access to the Bible, the Church or other believers.

They were also encouraged to display the “I II” symbol prominently – for example, on the back of the hand or on a shirt – to spark conversations about the movement.

If you want to know more about “A Third of Us,” visit www.athirdofus.com and download the Action Guide. You can also follow “A Third of Us” (@athirdofus) on social media.