Top Posts
Knowing the One Who Always Keeps His Word
Pregnancy Resource Centers Fight For Life Amidst Opposition
This World is Not Our Home
Lessons Learned From a Gingerbread House
Let There Be Peace on Earth
‘I Wanna Dance’ movie: Whitney Houston’s success and...
Fact Finding, Sight Seeing, and Prayer Walking
Kidney donation led to 8 life-saving surgeries
The Power of Curiosity
When Love Came Down at Christmas
Home Tags Posts tagged with "abolish" 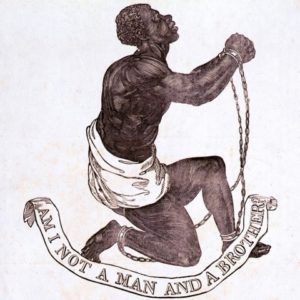 ORLANDO, FL (ANS)  Few examples of systemic racism are more glaring than the African slave trade.  British parliamentarian William Wilberforce led a grueling twenty-year struggle to outlaw it.  Inspired by a former slave trader, he became a model that current anti-racism activists could do well to emulate.

Abraham Lincoln acknowledged Wilberforce’s significant role in abolition.  South African president Nelson Mandela, addressing the British Parliament in 1996, declared, “We have returned to the land of William Wilberforce who dared to…demand that the slaves in our country should be freed.”

Eighteenth-century Britain led the world in slave trading.  A pillar of colonial economy, the trade was legal, lucrative, and brutal.  In one notorious episode, a ship’s captain threw 132 slaves overboard because of illness and water shortage.  British law protected the ship’s owners, considering slaves property (like “horses,” ruled one judge).

Enter Wilberforce, young, eloquent, popular, and ambitious.  He seemed destined for political greatness.  Then, a profound change led him on a path that some say cost him the prime ministership, but made an indelible historical mark for justice. 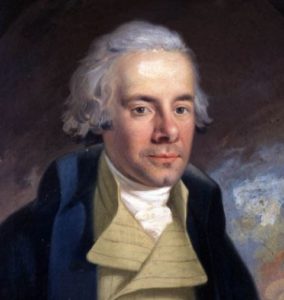 Considering leaving Parliament for the ministry, he consulted John Newton, slave-trader-turned-pastor and writer of the well-known hymn, “Amazing Grace.”  Newton counseled Wilberforce to remain in Parliament, that God had raised him up “for the good of the nation.”

In time, Wilberforce grew to consider “the suppression of the slave trade” part of his God-given destiny.  Opposition was fierce.  Financial stakeholders howled.  Some claimed slavery benefited slaves since it removed them from barbarous Africa.  The Royal Family opposed abolition.  Even Admiral Lord Nelson, Britain’s great hero, denounced “the damnable doctrine of Wilberforce and his hypocritical allies.” 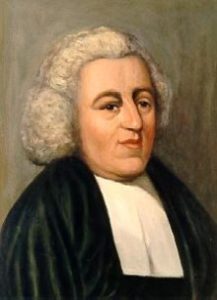 Buoyed by friends and his faith, Wilberforce persisted.  He believed God viewed all humans as equal, citing the biblical Acts: “[God] has made from one blood every nation….”  Methodism founder John Wesley encouraged perseverance, writing, “[I]f God be for you, who can be against you? …be not weary of well-doing!  Go on…till even American slavery (the vilest that ever saw the sun) shall vanish away….”

Wilberforce sought bipartisan support, setting aside differences on certain issues to collaborate for the greater good.  He rallied political liberals and conservatives, Quakers and Utilitarians.  He tried to make civil discourse civil, aiming to disagree without being disagreeable.

Persevering for twenty years, in 1807 Wilberforce prevailed.  Parliament erupted in cheering as the slave-trade-abolition law passed.

Outlawing the slave trade proved the impetus for a host of social improvements, including prison reforms, child labor laws, and abolition of slavery itself in 1833, of which Wilberforce learned a few days before his death.

His Westminster Abbey memorial inscription commends his efforts, “Which, by the blessing of God, removed from England the guilt of the African slave trade, and prepared the way for the abolition of slavery in every colony of the Empire: …he relied, not in vain, on God….”

William Wilberforce was not perfect.  He had fears, flaws and foibles like anyone.  You likely would not agree with all his political views.  But he did possess dedication to principle and to God, close friends of many stripes, a penchant for bipartisan cooperation, and steadfast commitment to right terrible injustice.