Top Posts
Knowing the One Who Always Keeps His Word
Pregnancy Resource Centers Fight For Life Amidst Opposition
This World is Not Our Home
Lessons Learned From a Gingerbread House
Let There Be Peace on Earth
‘I Wanna Dance’ movie: Whitney Houston’s success and...
Fact Finding, Sight Seeing, and Prayer Walking
Kidney donation led to 8 life-saving surgeries
The Power of Curiosity
When Love Came Down at Christmas
Home Tags Posts tagged with "ABQ Tyepwriter Society" 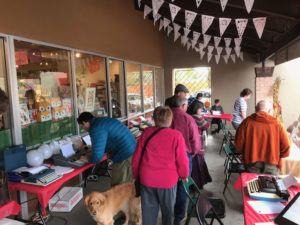 ALBUQUERQUE, NEW MEXICO—Kevin Kittle states that his love of typewriters began early.  “I didn’t like handwriting as a boy,” he begins.  “And because my parents owned a print shop, typewriters were readily available.  My mom taught me to type as a young child.”

While Kevin is speaking, people are typing on various makes and models of typewriters, set up outside Pennysmiths Paper in Albuquerque, New Mexico.  I hear the click-clack of typebars hitting platens.

“Because I got pretty good at typing,” Kittle continues, “my mom paid me one cent per envelope to address for clients.  When I look back, she paid me better than the minimum wage,” he smiles. “Later, I received a typewriter as a graduation present. It all began there, I suppose.” 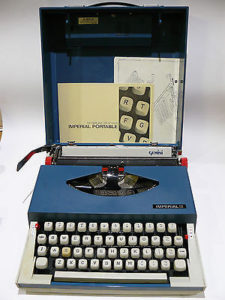 Around this time, Kittle begins talking to an older couple.  He tells them about an Imperial typewriter that has a radio embedded in its case.  “This was made in England.  And the radio works.” Kevin hits the keys and turns on the radio.  The couple are amused, nodding their heads. Kevin rattles off the history of the Imperial machines.

At the 4th Semi-Annual ABQ Type-Out one can expect to find an assortment of people: the curious, the cultured (mostly writers and typewriter historians), and the collectors.  Co-founder of the Albuquerque Typewriter Society, Kevin Kittle, along with friend, Joe Van Cleave, bond over the mystery and majesty of the machines. They began the Type-Outs two years ago, and have recently sought to create a Society, where, Van Cleave states, “People interested in typewriters can meet over drink and food and talk typewriters.”  To be specific, the flyer for the Society states: “Periodic meetings where we can mingle and rub elbows with enthusiasts of all ilk.”

For some, this may sound boring.  But for the millions of typewriter aficionados around the globe, the typewriter movement is nothing but bliss.

One man—a collector—unloads two typewriters from his car.  He sets them up and states that he found them at a local thrift store.  “I got great deals, and with a little clean up, they both work great.”  One typewriter is a Royal, the other a modern Smith-Corona. The Smith-Corona needs, he says, “ink cartridges rather than ribbon.”  The gentleman talks like a kid in a candy store. 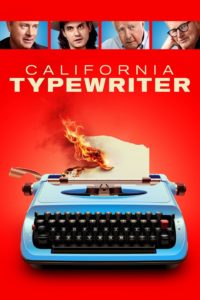 Van Cleave and Kittle have a few books on tables for the curious to cull. One book The Typewriter: A Graphic History of the Beloved Machine by Janine Vangool has a prominent place, it’s blue cover with green typewriter sits on a table as an advertisement for the event.

When you add in the various websites dedicated to typewriters—such as Xavier University’s, The Classic Typewriter Page, one would think that there’s veritable volcanic eruption of typewriter interest. 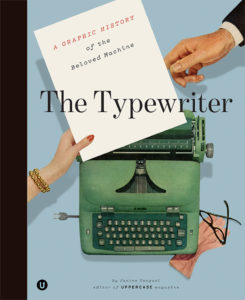 Typewriter: A Graphic History of the Beloved Machine

One reason for the attention given towards typewriters may be connected to the Slow Movement.  Beginning in Italy in the 1980’s, the Slow Movement has spread throughout the world with its message of “slowing down life’s pace.”  And in a technologically driven era, the typewriter is an approach to life that causes one to think, then communicate via writing (no self-correction, no grammar check, Twitter, Facebook, etc.).  In short, one must slow down when typing.

Other interests—mostly of people older than fifty—center on the fact that he or she learned to use QWERTY (as the keyboard set-up is called) on a typewriter; acquiring the skill to type on the typewriter, not a computer.

Other people enjoy the history and nostalgia of typewriters as marvels of engineering and objects of beauty.

Whatever the reason, people such as Tom Hanks and musician, John Mayer (who invites fans to type him a letter via a typewriter), and countless number of writers (from Larry McMurtry to Cormac McCarthy) continue to use typewriters as a means of communication. 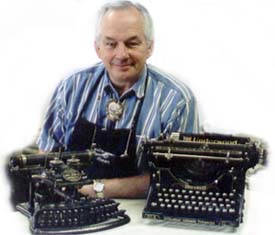 Where does one find a typewriter?  As the above gentleman demonstrates, anywhere: thrift stores, antique stores, parents’ or grandparents’ garages, or old business solution warehouses.  In Albuquerque, there is John Lewis Typewriter Repair and Restoration.  Lewis has been in the business since the 1970s.  As a former typewriter museum, Lewis’ shop is featured in many publications, from Smithsonian to newspapers around the country.  His client list is quite impressive, including notable writers.

According to Lewis, [he’s] “as busy as ever.”  When asked why the increase in clients, his response: “Tom Hanks and the various celebrities help, but mostly people want to restore a family heirloom, a means to remember a loved one.”

A Gift that Keeps on Giving 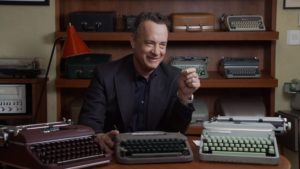 Tom Hanks with some of his typewriter collection

Looking around the 4th Semi-Annual Type Out in Albuquerque, there are kids hitting keys with precision, grandmas giggling as they reminisce, and collectors who gawk at various machines.  Van Cleave and Kittle answer questions about ribbons, look over various typewriters that people bring in, and conduct a few games whereby participants win gifts.  One game has partakers listen to a commentary of a horse race from yesteryear on an old record-player. Each participant is given a number and typewriter to use.  When the announcer on the record broadcasts the number of the winning horse, the corresponding number of the participant is able to pop a balloon with the prize written on a paper found inside.  One winner ended up with a newer Smith-Corona.  “Really?” she exclaims.  “Are you sure? This is such a wonderful gift,” she says with the utmost sincerity.

And to tell you the truth, I’m glad people still think so.