Top Posts
Colorado football coach Sanders’ unabashed faith
There’s A Light That Enters Houses With No...
Knowing the One Who Always Keeps His Word
Pregnancy Resource Centers Fight For Life Amidst Opposition
This World is Not Our Home
Lessons Learned From a Gingerbread House
Let There Be Peace on Earth
‘I Wanna Dance’ movie: Whitney Houston’s success and...
Fact Finding, Sight Seeing, and Prayer Walking
Kidney donation led to 8 life-saving surgeries
Home Tags Posts tagged with "Alexis Kalk"

International Christian Concern (ICC) said the arrest occurred on April 24, 2019, the day on which the Armenian Genocide is commemorated. 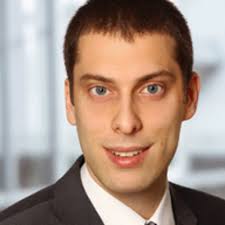 Armenians are an ethnic-religious minority belonging to the Christian faith whose human rights have been severely repressed in Turkey.

The Armenian Genocide was perpetrated 104 years ago by the declining Ottoman Empire. Also known as the Armenian Holocaust, more than 1.5 million Armenian men, women, and children were murdered, while countless others were displaced.

The heir to the Ottoman Empire, today’s Republic of Turkey, continues to actively deny the Armenian Genocide. The government’s narrative is that the genocide was an act of self-defense.

On the anniversary of the genocide, President Erdogan tweeted that it “was the most reasonable action that could be taken in such a period.” The state’s denial of the genocide stands in contradiction to historic research and is often viewed as encouragement of further violence against Armenians.

Alexis Kalk referenced the genocide while speaking at a memorial service for Sevag Balıkçı, an Armenian murdered eight years ago on the genocide’s anniversary.

During the service, Kalk called this murder a hate crime, an allegation that the Turkish courts deny. He emphasized the continued need for justice for victims of the Armenian Genocide.

“We will continue the struggle for justice, equality and brotherhood for all those victims of murder, Sevag Şahin Balıkçı and those sacrificed during the Armenian Genocide,” said Kalk.

According to the Public Radio of Armenia, police detained Kalk that evening and said that they wished to discuss his remarks regarding the Armenian Genocide. He was held in custody and interrogated before being released the same day.

Sources close to Kalk say that this was an intimidation tactic intended to discourage similar remarks, as the detainment occurred just hours before a scheduled Armenian Genocide commemoration. This event was planned after the government banned commemorative activities in two other locations where these activities are traditionally held.

The genocide decimated most of Turkey’s Armenian community, erasing their historic presence. It is estimated that only 60,000 remain, and many continue to report incidents of discrimination and harassment. According to a statement by Eren Keskin, chairperson of the Human Rights Association (İHD), “Again, we are going through a period of severe human rights violations. The cursed heritage continues in new forms.”

Claire Evans, ICC’s Regional Manager for the Middle East, said, “In Turkey, history matters. The government not only actively denies the 1915 Armenian Genocide, it also continues with Ottoman-era policies that relegate Christians to second-class citizens. Turkish-Armenians are particularly hard-pressed on every side. The government refuses to let them grieve on commemoration day, a refusal which extends to the denial of basic human rights during all other days of the year. The genocide may have happened over 100 years ago, but its tragic consequences and the worldview which inspired it live on.”