Top Posts
Colorado football coach Sanders’ unabashed faith
There’s A Light That Enters Houses With No...
Knowing the One Who Always Keeps His Word
Pregnancy Resource Centers Fight For Life Amidst Opposition
This World is Not Our Home
Lessons Learned From a Gingerbread House
Let There Be Peace on Earth
‘I Wanna Dance’ movie: Whitney Houston’s success and...
Fact Finding, Sight Seeing, and Prayer Walking
Kidney donation led to 8 life-saving surgeries
Home Tags Posts tagged with "Algeria"

ALGERIA (ANS) — With President Abdelaziz Bouteflika quitting as President of Algeria, the worry is that Al Qaeda terrorists will now seize control in that country.

Barnabas Aid reports the Islamic extremists will almost certainly try to fill the political vacuum left by the 82-year-old’s departure on April 2. 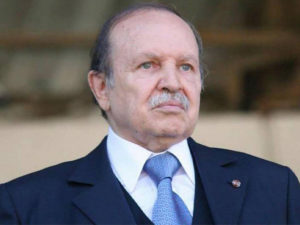 The president resigned after 20 years at the helm when the military told him to go following continuing street protests.

The departure of President Abdelaziz Bouteflika now gives Al Qaeda an opening to muscle in on Algeria.

Al-Anabi, designated a “terrorist” by the US State Department in 2015, called on citizens to reject any regional or tribal identities and unite as “sons of Islam” to create an Islamic emirate.

Barnabas Aid reported that a leading official of Al Qaeda in the Islamic Maghreb (AQIM) recently called on Muslims to “unite” to ensure Algeria is ruled according to Islam “alone” in a speech designed to take advantage of continuing street protests against the 20-year rule of President Abdelaziz Bouteflika.

The speech by Abu Ubaydah Yusuf al-Anabi, widely reported on social media in March, describes the conditions that would lead to the formation of an Islamic emirate governed according to sharia law.

He called Algerian Muslims to reject any regional or tribal identities and said that people are all the “sons of Islam.” He added that there is no difference between Arabs and foreigners as long as they share the same faith.

Designated a “terrorist” by the US State Department in 2015, al-Anabi encouraged the Algerian people to take up his religious demands and employ “Islamic morals and sharia ethics” in their street demonstrations.

Al-Anabi’s speech was delivered days before 82-year-old Bouteflika announced on March 11 that the general election due to be held on April 18 would be postponed indefinitely, at the same time stating that he would not stand for a fifth term as president. The president suffered a stroke in 2013 and was rarely seen in public.

Since February 22, hundreds of thousands of Algerians across the country have been staging weekly protests, taking up the chant “leave means leave.”

Bouteflika has been president since 1999 when he became a “unity” candidate after the civil war between the government and Islamists. In 2006 the country’s constitution declared Islam the state religion (Article 2) but also declared that “freedom of creed and opinion is inviolable” (Article 36). 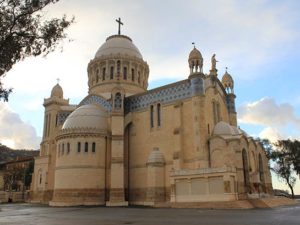 An historic church in Algeria

In 2006, the Algerian government introduced a law requiring registration of premises used for Christian worship. Pictured is an historic church in Algiers.

Non-Muslim religious groups in Algeria are required to be registered to conduct services and are restricted to approved locations. In practice, authorities have typically allowed churches registered with official religious organisations, and even non-registered Christian groups, to meet without needing specific permission. However, a number of churches have been shut down since the start of 2018, either for alleged breaches of health and safety, or because authorities claim they are not properly registered.

The fast growing Algerian Church is comprised mainly of first generation converts from Islam, many of whom are Berbers. There have been ups and downs in their experience of freedom or harassment over the last 30 years.  Al-Anabi’s call to unity in Islam, rejecting “tribal identities”, refers to the deep divide between the Arab community (about 70%) and Berber community (about 30%) in Algeria.

The Berber are descendants of the original peoples of the Maghreb region of North Africa. The Arabs are descendants of the invading Muslim conquerors in the seventh century, under whom the original Algerian Church was wiped out. It was not until the nineteenth century that a small Algerian Christian presence was re-established. The Berbers’ resentment of Arabs has been cited by some as a factor in the dramatic Church growth amongst Algerian Berbers in the last few decades, as they turn from Islam, the religion of the Arab majority, to follow Christ.

The speaker of the Algerian upper house of parliament, Abdelkader Bensalah, has become the country’s 90-day caretaker president until elections are held.

But one protest leader said the street demonstrations will continue because “we do not accept the (caretaker) government.”