Top Posts
Colorado football coach Sanders’ unabashed faith
There’s A Light That Enters Houses With No...
Knowing the One Who Always Keeps His Word
Pregnancy Resource Centers Fight For Life Amidst Opposition
This World is Not Our Home
Lessons Learned From a Gingerbread House
Let There Be Peace on Earth
‘I Wanna Dance’ movie: Whitney Houston’s success and...
Fact Finding, Sight Seeing, and Prayer Walking
Kidney donation led to 8 life-saving surgeries
Home Tags Posts tagged with "Ali Rabiei"

TEHRAN, Iran (ANS) — All signs point to a US-Iranian prisoner swap on the horizon, according to Steven Ganot, writing for the online news outlet The Medialine https://themedialine.org.

Iranian government spokesman Ali Rabiei said on Tuesday that talks are underway for an exchange of prisoners. 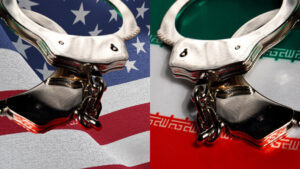 This, Rabiei said, reflected a change from US policy under the Trump administration, which “refused to sit at the negotiating table” when Tehran offered to open talks on the issue.

That refusal didn’t stop a December 2019 deal, facilitated by the Swiss government, which saw the trade of an Iranian stem cell scientist who had been arrested for violating US sanctions, for an American student whom Iran had arrested on espionage charges.

Ironically, now it’s Iran that refuses to engage directly with its adversary; as with talks to revive the 2015 nuclear deal, the prisoner exchange negotiations are being carried out through European mediators.

On Monday, an Iranian Foreign Ministry spokesman said the issue was a top priority for his ministry.

Last week, Robert Malley, the US special representative for Iran, said Washington would not make a “partial deal” with Tehran, as it did in January 2016, when Iran released five Americans it held in exchange for the granting of clemency to seven Iranians who had been convicted or faced charges in the US.

“We’re saying all of them have to come home. We don’t want to do a partial deal. We don’t want to leave anyone behind,” Malley told a group of former prisoners and families of Americans and other foreigners who are currently incarcerated in the Islamic Republic.