Top Posts
Colorado football coach Sanders’ unabashed faith
There’s A Light That Enters Houses With No...
Knowing the One Who Always Keeps His Word
Pregnancy Resource Centers Fight For Life Amidst Opposition
This World is Not Our Home
Lessons Learned From a Gingerbread House
Let There Be Peace on Earth
‘I Wanna Dance’ movie: Whitney Houston’s success and...
Fact Finding, Sight Seeing, and Prayer Walking
Kidney donation led to 8 life-saving surgeries
Home Tags Posts tagged with "American missionary killed" 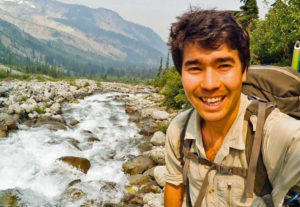 remote tribe with the Gospel on an island in the Bay of Bengal.

God had given Chau a burden for the Andaman and Nicobar Islands, and specifically North Sentinel Island, home to the Sentinelese, a pre-Neolithic group of hunter-gatherers isolated from the outside world. The island is considered a sovereign nation under Indian law, which prohibits travel there.

The Sentinelese have a long history of hostile interactions with the outside world. In 1974, a National Geographic film crew, along with a team of anthropologists, were met by a flurry of arrows during a visit, and one arrow wounded a film director, before the crew escaped.

The tribal group attracted attention following the 2004 Asian tsunami, when a member of the tribe was photographed on a beach, firing arrows at a helicopter that was checking on their welfare. Two years later, two fishermen harvesting crabs were killed by the tribe after their boat ran aground.

The hostility may go back to British colonial occupation of the Andaman Islands, which wiped out thousands of tribal members. Only a fraction of the original population now survive, with estimates ranging from 150 to 500 living on the island.

Chau was warned of the dangers, but followed his calling in obedience to the Great Commission. On November 14th, he paid local fisherman to take him from Port Blair to within a half-mile of the island, then he continued alone via kayak to reach the shore.

Before he paddled off in his kayak, Chau handed the fishermen a long note, saying that Jesus had given him the strength to go to the most dangerous places on Earth. The fishermen said that tribesmen shot arrows at Chau and that initially he retreated.

Chau’s mother, Lynda Adams-Chau, of Vancouver, Washington, shared his journal — including his final days — with the Washington Post.

“The men, about 5 feet-5 inches tall, with yellow paste on their faces, reacted angrily as I attempted to speak their language and sing worship songs to them,” he wrote.

“I hollered, ‘My name is John, I love you and Jesus loves you,’” he wrote in his journal. One of the younger tribe members shot at him with an arrow, which pierced his waterproof Bible.