Top Posts
Colorado football coach Sanders’ unabashed faith
There’s A Light That Enters Houses With No...
Knowing the One Who Always Keeps His Word
Pregnancy Resource Centers Fight For Life Amidst Opposition
This World is Not Our Home
Lessons Learned From a Gingerbread House
Let There Be Peace on Earth
‘I Wanna Dance’ movie: Whitney Houston’s success and...
Fact Finding, Sight Seeing, and Prayer Walking
Kidney donation led to 8 life-saving surgeries
Home Tags Posts tagged with "Anna Nogar"

Before Morrow’s conversation with the panel, Stephen Hull reminded the audience of the importance of  university presses, highlighting the necessity to promote scholarship and advance knowledge, the call to represent a diversity of cultural experiences by sharing a common cause with various outlets—libraries, museums, and civic centers—and the need to find good authors, vet, and publish them. 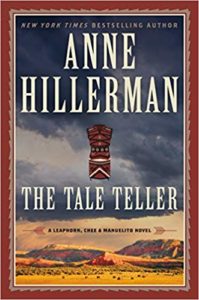 The Tale Teller by Anne Hillerman

Anne Hillerman reminds us of the weight of story; there’s an essence to a narrative; we learn something from stories. In addition to essence, story has an entertainment factor; stores move and challenge us, they inspire. And finally, is the engagement of story, the exchange of ideas and cultural identities communicated through narrative, leading to the need to translate thought and imagination though books and other media.  Hillerman tells us about her famous father, New York Best-selling author Tony Hillerman, practical and poised, wanting both to publish his stories and be paid for his stories to support a family of six.  The result? The Great Taos Bank Robbery. The Taos Bank Robbery led Tony Hillerman to, later, take his stories to the bank via his Joe Leaphorn and Jim Chee mysteries, made into a PBS mini-series. 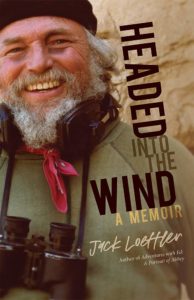 Headed into the Wind by Jack Loeffler

Jack Loeffler buried the infamous Edward Abbey in an unmarked hole in Arizona.  Loeffler with some friends tossed the anarchist, environmentalist, and noted author into the back of his truck. And then tucked Abbey into the earth. Loeffler may be the only living person that knows the exact spot of Abbey’s resting place.  This alone makes Loeffler interesting, worth listening to.  But his thoughts are more profound than just an undertaker. Loeffler states that there’a an integration of habitat and culture,  our identity is connected to the land, part of a larger story.  We must listen and record various forms of cultural identity, be it music, poetry, or narrative, he reminds us.  Loeffler suggests that we listen to each other, because listening leads to understanding.  And as a good environmentalist, Loeffler reminds us that cultural diversity and biotic diversity are interlinked; one must respect the other.  All this from a man in his 80’s that still wears a bandanna around his neck tied with a bone, and beams with a huge smile beneath a gray beard. 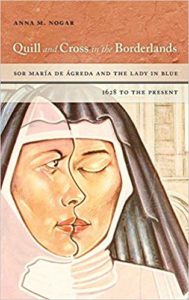 Quill and Cross by Anna Nogar