Top Posts
Pregnancy Resource Centers Fight For Life Amidst Opposition
This World is Not Our Home
Lessons Learned From a Gingerbread House
Let There Be Peace on Earth
‘I Wanna Dance’ movie: Whitney Houston’s success and...
Fact Finding, Sight Seeing, and Prayer Walking
Kidney donation led to 8 life-saving surgeries
The Power of Curiosity
When Love Came Down at Christmas
A Walk of Faith Begins with a Step...
Home Tags Posts tagged with "ANS News Release" 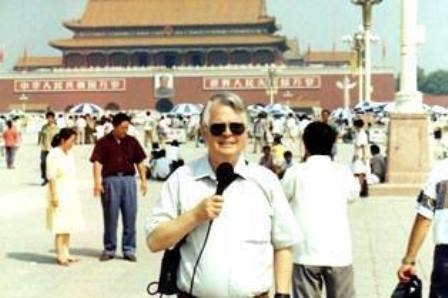 He is offering a free subscription to the ASSIST News Service (ANS) to Christian Leaders, Media Professionals, and Prayer Warriors, so you can literally “Change History” 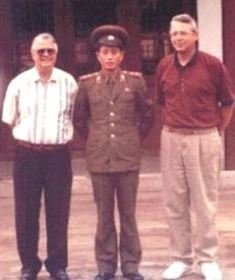 This unique global news service provides material, sent by e-mail several times a day into your in-box, and features hot-off-the-press stories on the persecuted church, world missions, popular culture, and also about inspiring Christians who are make a difference in our world.

The stories and features are filed by a group of ANS seasoned journalists, many of whom literally risk their lives to provide these stories from some of the most dangerous parts of our world.

“Each one of our journalists are volunteers and raise their own support, including myself, and so we call ourselves ‘Media Missionaries,’” he says. “We all consider it a privilege to serve the Lord in this way.”

Wooding, now 77, who says he is “still going strong,” is one of the few Christians journalists to ever report from inside North Korea where he spent a week traveling throughout the secretive country and filing daily news stories for the UPI Radio Network in Washington, DC.

“I believe it is important for Christians to know what is happening in ‘God’s World’ and that is why we are offering this complimentary New Year’s subscription,” said Wooding, who was born in Nigeria of British missionary parents, and now lives in Lake Forest, California, with Norma, his wife of more than 54 years. (They have two sons, Andrew and Peter, and six grandchildren, all based in the United Kingdom.)

Already, ANS has thousands of subscribers, many of which are Christian leaders, as well as those who run prayer groups that commit to pray for persecuted Christians that are regularly featured in this news service. But, more than that, any believer who cares, can avail themselves of this offer. 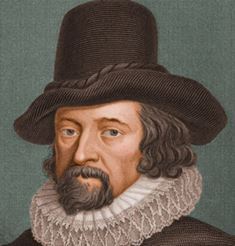 “What a wonderful way to start the New Year,” stated Wooding, who pointed out that the English philosopher, statesman, scientist, jurist, orator, essayist and author, Francis Bacon, who served both as Attorney General and Lord Chancellor of England, once said, “Knowledge is power.”

“This means that when you know about a situation, you can then join millions around the world to pray about it. You can literally change history. That’s what we want to do through ANS,” he said.

“By the way, any media outlets can use our stories by just giving attribution to the ASSIST Service at www.assistnews.net, and many already do so,” he went onto say. “But we know that there are many more who maybe don’t know of our complimentary news service, and are welcome to sign up.”

Wooding founded the ASSIST News Service more than 25 years ago after meeting many newly-released Christian prisoners from the Soviet Gulag during Billy Graham’s historic crusade in Moscow, including Alexander Ogorodnikov, who he had campaigned for. This life-changing experience took place while he was working as a writer for Mr. Graham in the Russian capital. It was then that he felt God was prompting him to start the ASSIST News Service.

Before moving to the United States, Wooding had previously worked as a senior reporter for several of Britain’s largest-circulation newspapers, including the “Sunday People,” and the “Sunday Mirror,” as well as being an interviewer for BBC Radio One and the London Broadcasting Company (LBC).

Dan, and his family made the move to Southern California from the UK back in 1982, and he is also the author of numerous books, one of which is his autobiography, “From Tabloid to Truth” (Theatron Books)  — which carries a foreword from Brother Andrew, the best-selling author of “God’s Smuggler” — with whom he was a writer for some seven years. His latest book is called “Mary, My Story from Bethlehem to Calvary” (Tanswell Books), a novel about the life of Jesus through the eyes of his beloved mother, about which you can find more about at http://marythebook.com.

Besides running the news service, Wooding is the host of “Front Page Radio,” a weekly interview show which originates on the KWVE Radio Network (www.kwve.com), and is carried on many radio stations in the United States. He also has two TV shows aired on the Holy Spirit Broadcasting Network. They are “Windows on the World,” which he co-hosts with Dr. Garry Ansdell, senior pastor of Hosanna Christian Fellowship in Bellflower, California, and “Inside Hollywood with Dan Wooding,” which features interviews with Christians in Hollywood who are making difference for Christ in the Entertainment Business. 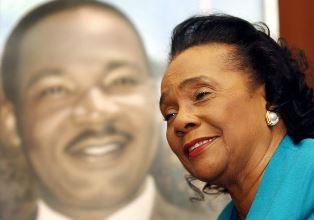 “An important group of subscribers for ANS are prayer group leaders who, during their weekly gatherings, read out several of our stories and then pray for them,” said Wooding, who began his long journalistic career in London in 1968, as a reporter for Billy Graham’s British newspaper, The Christian, and rose to be its Chief Reporter. (His first-ever interview for the paper was with Coretta Scott King, widow of the slain civil rights leader, Dr. Martin Luther King Jr., and was conducted before she spoke at a memorial service for him at St. Paul’s Cathedral, London.)

Wooding added that each week, ANS features stories on the persecution of Christians in places like Iran, Iraq,  and Syria, and brings regular updates on the plight of Asia Bibi, a Pakistani Christian mother-of-five who is languishing on death row for simply standing up for Jesus. Ms. Bibi has just spent her eighth Christmas behind bars and is now in the women’s prison in Multan, a town in the province of Punjab, where she awaits the outcome of a re-examination by the Pakistan High Court of her blasphemy conviction.

“It is vital that we continue to pray for Asia and the many other heroes of the faith, who are paying the ultimate price for their faith in Jesus Christ,” he explained. “That’s why I want you to receive our news service.”

One well-known subscriber, who has enjoyed these stories for several years said, “If you want to know what is going on around the world and in the Church, you need to read this.”

So, if you would like to have a free subscription, just go to www.assistnews.net and scroll down the page to where is says SUBSCRIBE TO OUR MAILING LIST, and then fill in your details, and the stories will soon be coming into your in-box.

If you prefer, just send your name and e-mail address to Dan Wooding at assistnews@aol.com, and he will be glad add you. (By the way, your e-mail will not be used for anything other than to send you our ANS stories several times a day.)

Dan Wooding concluded by saying, “You may already have a subscription, and, if so, maybe you could share this opportunity with a friend or colleague, by forwarding this story to them. You may also present this at your church, or prayer group, and collect their names and e-mail addresses, and then send me the sign-up form at: ASSIST, PO Box 609, Lake Forest, CA 92609, and I’ll be glad to add them.

“Also, pastors, why not share this opportunity with your congregation?”

Photo captions: 1) Dan Wooding with Michael Little of CBN with a North Korean soldier at the North Korean side of the DMZ. 2) Francis Bacon. 3) Coretta Scott King with a picture of her late husband, Dr/ Martin Luther King Jr. in the background. Coretta was one of Dan’s first-ever interviews. 4) Dan Wooding pictured with Billy Graham, in Essen, Germany, where Dan worked with Mr. Graham as a writer. He also worked with him in Moscow, Russia, and San Juan, Puerto Rico.

** You may republish this or any of our ANS stories with attribution to the ASSIST News Service (www.assistnews.net). Please also tell your friends that they can receive a complimentary subscription to our news service by going to the above ANS website and signing up there.