Top Posts
Knowing the One Who Always Keeps His Word
Pregnancy Resource Centers Fight For Life Amidst Opposition
This World is Not Our Home
Lessons Learned From a Gingerbread House
Let There Be Peace on Earth
‘I Wanna Dance’ movie: Whitney Houston’s success and...
Fact Finding, Sight Seeing, and Prayer Walking
Kidney donation led to 8 life-saving surgeries
The Power of Curiosity
When Love Came Down at Christmas
Home Tags Posts tagged with "At Eternity’s Gate review" 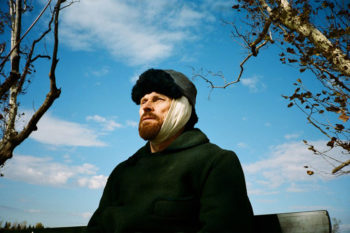 descent into madness, even as his artistic achievements soared beyond many of his peers.

“Christ does not come up at any time in this film,” says William Havlicek, Ph.D., author of Van Gogh’s Untold Story (Creative Storytellers). “There are profound ideas that are deeply Christian brought up in the film but unbeknownst to some degree by Julian Schnabel, who is not a practicing Christian. But Schnabel can’t deal with Van Gogh without dealing indirectly with some of these things, because he was all about this.”

Many admirers of the iconic artist are not aware of his spiritual journey. “Van Gogh had an understanding of theology. He was trained in Greek and Hebrew, could even translate the Bible out of Greek and Hebrew. He had studied with a well-educated theologian. Van Gogh could quote Scripture and especially loved Paul and the gospels. He also loved the parables of Jesus.”

While many want to focus on Van Gogh’s mental instability in his final years, the artist’s relationship with Christ was evident in his work and prolific letter writing.

“Van Gogh was painting the parables of Jesus just weeks before he died: The Good Samaritan, the Resurrection of Lazarus,” Havlicek notes. “In the last months of his life he was obsessed with those very direct spiritual images that had to do with resurrection and transformation. He even painted his own face on the face of Lazarus.”

Van Gogh’s father and grandfather were pastors. As his personal relationship with Christ deepened in his early twenties, he wanted to study theology, but failed his entrance exam for seminary. Instead, he went off to serve as a missionary to coal miners in the Borinage district of Belgium.

He found miners who were living a miserable existence, without adequate food, water or warm clothing. Motivated by Christ’s compassion, Van Gogh gave away everything he owned to them, including most of his clothing, even as he tended to their medical needs.

“His own mother talked amazingly about his skill as a nurse. It played into his handling of paint. No one seems to know Van Gogh the nurse. As far as I know I’m the only one who has written about it. It is amazing the historians have overlooked this,” Havlicek says.

Sadly, a church synod of 14 overseeing Vincent’s work among the miners thought he suffered from excessive zeal and fired him because he did not dress or preach eloquently.

“Van Gogh was trained as a pastor and understood theology,” Havlicek observes. “He did believe the world was created by God. I don’t believe he ever stopped believing that. At the end of his life he talked about Jesus being the supreme artist. He said there is no other artist like Jesus who transforms men. Instead of paintbrushes, he used men like Peter and James and created a new way of seeing the world through the gospel. It is a radical creative and imaginative leap.”