Top Posts
Colorado football coach Sanders’ unabashed faith
There’s A Light That Enters Houses With No...
Knowing the One Who Always Keeps His Word
Pregnancy Resource Centers Fight For Life Amidst Opposition
This World is Not Our Home
Lessons Learned From a Gingerbread House
Let There Be Peace on Earth
‘I Wanna Dance’ movie: Whitney Houston’s success and...
Fact Finding, Sight Seeing, and Prayer Walking
Kidney donation led to 8 life-saving surgeries
Home Tags Posts tagged with "Attacks" 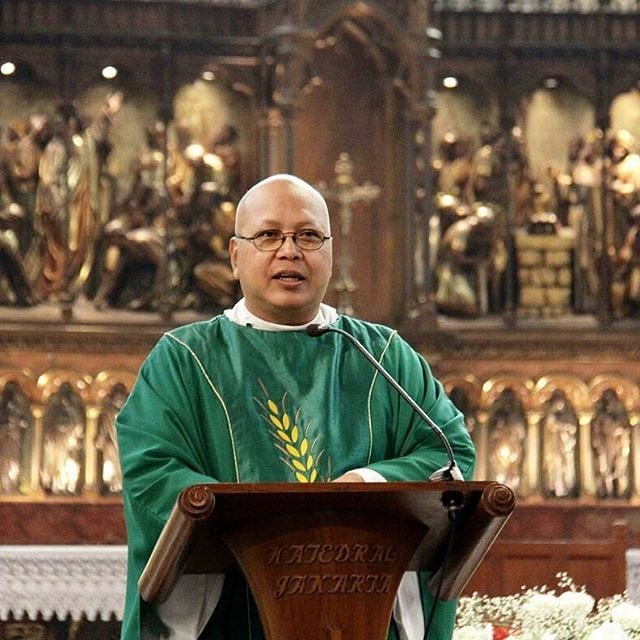 JAKARTA, INDONESIA (ANS-September 10, 2018)– The priest of Jakarta Cathedral, Indonesia’s most known Catholic parish, has urged the government to prevent a repeat of attacks against churches ahead of upcoming presidential elections. Markus Yumartana, 53, said he hopes authorities would continue on the path of religious tolerance that he claimed surrounded the recent Asian Games, the largest sports event ever held in terror-prone Jakarta, the capital.

The soft-spoken clergyman told BosNewsLife, the news partner of ASSIST News Service (ANS), that the happening showed Muslims and Christians “united in the spirit of nationalism, becoming one Indonesia.” He said “this Asian Games spirit was perfect for us” at a time of unprecedented church growth.

But after Mass at the iconic neo-Gothic Jakarta Cathedral, Yumartana expressed concern about the impact of the likely eight months of presidential election campaigning on his 7,000 parishioners and other Christian believers.

Indonesia’s incumbent President Joko “Jokowi” Widodo, a Muslim, has come under pressure from rights activists to reach out to faith minorities, including Christians. Priest Yumartana said Islamic extremism remained a problem in Muslim-dominated Indonesia. He noted that “when politically motivated, this situation becomes very fragile especially around the time of elections.”

“Sure we have concern for this,” he added in an interview. “I hope it [these attacks] will not happen again like in the last several years…If the government can keep up the current situation [of tolerance shown during the Asian Games], I am sure there will be no repeat of attacks against the churches.”

However, he stressed that politicians “should use their power to keep the harmony and the spirit of one nation. That is very important.”

Though authorities launched a massive counter-terrorism crackdown since the 2002 Bali bombings, Christians saw increased activity by militants inspired by the extremism of the Islamic State group. Extremists carried out deadly attacks across Indonesia, including in Jakarta. Their ideological leader received the death sentence in June. The punishment came while police detained nearly 300 suspected militants and killed 21 following suicide bombings at three churches in Indonesia’s second-largest city Surabaya in May.

Police claimed the coordinated attacks were carried out by members of the same family in which children were weapons. At least seven people died at these churches along with the six family members, the youngest of whom were reportedly girls aged 9 and 12. Another 41 people were injured, officials said.

Basuki Tjahaja Purnama, who is ethnic Chinese and also known as Ahok, was a popular incumbent governor when he allegedly violated a blasphemy law. He came under fire for saying that political rivals were deceiving people by using the Koran to claim that Muslims could not vote for a non-Muslim.

Priest Yumartana, who followed the case closely, said he hopes that despite the sentencing “it will be calmer” in Indonesia. “I remain optimistic that we can unite as one nation. Although I am a Catholic, I am also 100 percent Indonesian.”

Despite the turmoil, Yumartana confirmed that Christianity is spreading in what is the world’s most populous Muslim nation and home to 260 million people. “The Catholic church is still growing, and we have a lot of new baptisms,” he said with a smile.

“A lot of people are becoming Catholic, especially in Jakarta, where we have about half a million Catholics…Almost every year we are building new parishes.”

He called Indonesia’s Catholic denomination “still a young church, especially in Jakarta.” He noted that, “people are very enthusiastic about attending the Mass, enjoying the liturgy” and that the Catholic Church “is so alive” and many arrive from outside the capital to worship here. 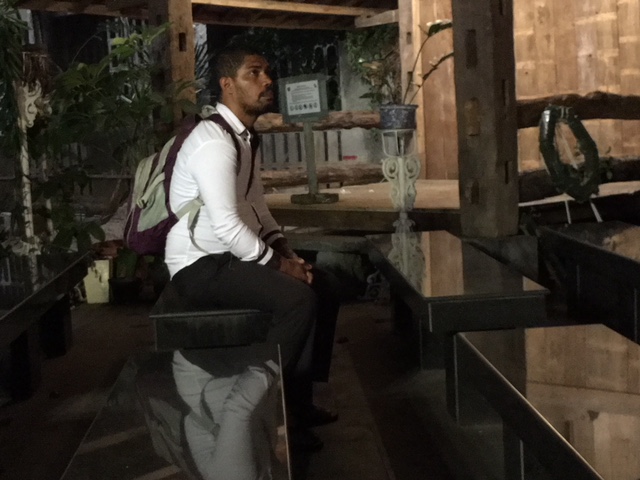 A man is praying while looking up towards the nearby statue of Virgin Mary in Jakarta. Photo: Stefan J. Bos for BosNewsLife

Some even abandoned their religion to join his parish. They include 24-year-old Jendry, a banker who withdrew his family name for this story amid security concerns. “Most of my family members are Buddhists. But I come here to pray,” he said after burning a candle on a hot, humid summer evening near a Virgin Maria statue located on a rocky hill near Jakarta Cathedral. “I can feel calmer when I pray here in this busy, vibrant city,” Jendry explained.

“Sometimes you can’t tell everyone what you are feeling. I can share everything with God when I pray. In such a busy city you sometimes need time with God,” he said. Jendry called his family “quite liberal” when he told them about his decision to become a Catholic. “My mother asked me what I wanted to be as I already went to a Catholic school. My mom said that if I wanted to be a Catholic, I had to be serious with it.”

It hasn’t always been easy to be a Christian, Jendry acknowledged. “But you can even see churches across the shopping malls. You can see a Hillsong-type [Penecostal] church in Jakarta or Bali. And every first Friday of the month there is a mass prayer for Catholics or Protestants in my office. They provide the facilities.”

Though Jendry is a Catholic, he also visits Protestant churches as “the purpose is the same to pray” and about “personal faith” in Christ. “It is not about the building, but to hold to your faith.”

That is music to ears of Markus Yumartana, the priest.

With Indonesia preparing for its 70th anniversary of sovereignty handed over by the Dutch in 1949, the priest said church growth has its roots in crisis. “During the Japanese occupation in the Second World War, a lot of laypeople were active in spreading the Gospel because the Japanese were capturing the priests and missionaries. The laypeople remain very important here today, not the priests.”

And Yumartana recalled that during the harsh Dutch years of colonialism there were “also a lot of positive things, such as people wanting to spread the Gospel” of Jesus Christ.

If it’s up to him, that work continues in what is expected to become the world’s 10th largest economy.

That’s different in the West, experienced Jendry, the former Buddhist. “I lived in the UK, and I saw that churches are quite empty there. Here we can see that people are no longer afraid to go to church. Perhaps our culture is still very religious; people bring their family to the church from a young age.”

He realizes that Islamic extremism may spoil the party, but remains hopeful about the future. “Some people want to make bad things happen in the name of Islam. But I think it may be getting better in the upcoming years. People are smart enough; they have their education now.”