Top Posts
There’s A Light That Enters Houses With No...
Knowing the One Who Always Keeps His Word
Pregnancy Resource Centers Fight For Life Amidst Opposition
This World is Not Our Home
Lessons Learned From a Gingerbread House
Let There Be Peace on Earth
‘I Wanna Dance’ movie: Whitney Houston’s success and...
Fact Finding, Sight Seeing, and Prayer Walking
Kidney donation led to 8 life-saving surgeries
The Power of Curiosity
Home Tags Posts tagged with "BBC"

XINJIANG, China (ANS) — China is forcing hundreds of thousands of Uighurs and other minorities into hard, manual labour in the vast cotton fields of its western region of Xinjiang, according to new research seen by the BBC. 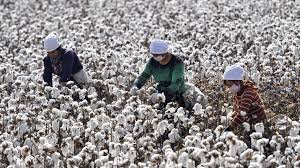 BBC reporter John Sudworth says that based on newly-discovered online documents, it provides the first clear picture of the potential scale of forced labour in the picking of a crop that accounts for a fifth of the world’s cotton supply and is used widely throughout the global fashion industry.

The BBC says that alongside a large network of detention camps, in which more than a million are thought to have been detained, allegations that minority groups are being coerced into working in textile factories have already been well documented.

The Chinese government denies the claims, insisting that the camps are “vocational training schools” and the factories are part of a massive, and voluntary, “poverty alleviation” scheme.

Sudworth said the new evidence reported  by the BBC suggests that upwards of half a million minority workers a year are also being marshalled into seasonal cotton picking under conditions that again appear to raise a high risk of coercion.

“In my view the implications are truly on a historical scale,” Dr Adrian Zenz, a senior fellow at the Victims of Communism Memorial Foundation in Washington who uncovered the documents, told the BBC.

“For the first time we not only have evidence of Uighur forced labour in manufacturing, in garment making, it’s directly about the picking of cotton, and I think that is such a game-changer.

“Anyone who cares about ethical sourcing has to look at Xinjiang, which is 85% of China’s cotton and 20% of the world’s cotton, and say, ‘We can’t do this anymore.’”

The BBC says the documents, a mixture of online government policy papers and state news reports, show that in 2018 the prefectures of Aksu and Hotan sent 210,000 workers “via labour transfer” to pick cotton for a Chinese paramilitary organisation, the Xinjiang Production and Construction Corps.

References to “guiding” the pickers to “consciously resist illegal religious activities” indicate that the policies are designed predominantly for Xinjiang’s Uighurs and other traditionally Muslim groups.

According to the BBC report, Government officials first sign “contracts of intent” with the cotton farms, determining the “number of workers hired, the location, the accommodation and wages,” after which pickers are then mobilised to “enthusiastically sign up.”

The BBC says there are plenty of clues that this enthusiasm is less than whole-hearted. One report describes a village where people were “unwilling to work in agriculture.”

Officials had to visit again to perform “thought education work.” Eventually 20 were sent off, with a plan in place to “export” 60 more.

China has long used the mass relocation of its rural poor – with the stated aim of improving their employment prospects – as part of a national anti-poverty campaign.

The BBC says in recent years, those efforts have gone into overdrive.

The Uyghurs  alternatively spelled Uighurs, Uygurs or Uigurs, are a Turkic ethnic group originating from and culturally affiliated with the general region of Central and East Asia. The Uyghurs are recognized as native to the Xinjiang Uyghur Autonomous Region in Northwest China. They are considered to be one of China’s 55 officially recognized ethnic minorities. The Uyghurs are recognized by the Chinese government only as a regional minority within a multicultural nation.The Chinese government rejects the notion of the Uyghurs being an indigenous group.