Top Posts
Colorado football coach Sanders’ unabashed faith
There’s A Light That Enters Houses With No...
Knowing the One Who Always Keeps His Word
Pregnancy Resource Centers Fight For Life Amidst Opposition
This World is Not Our Home
Lessons Learned From a Gingerbread House
Let There Be Peace on Earth
‘I Wanna Dance’ movie: Whitney Houston’s success and...
Fact Finding, Sight Seeing, and Prayer Walking
Kidney donation led to 8 life-saving surgeries
Home Tags Posts tagged with "Behavior change" 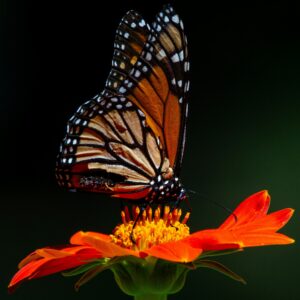 Transformed from Caterpillar to Butterfly

“We’ve never done it that way before” is a saying we heard a lot a few years ago.  It had to do with the last words of a dying church.  It could also apply to an institution, an organization, or a company.  It is important these days to be flexible, adaptable, and open to change.  During rapidly changing times is when we can learn more about walking by faith, not by sight.  It’s often in seasons of twists and turns of life that we experience God’s grace in new and different ways.

Stepping out of our Comfort Zones

A certain segment of the population of the world resists changes more than others. It may be due to a fear of the unknown or a lack of interest in trying something new or different. It seems that some people like to do things they have always done, in the same ways they have always done them. I suppose it is human nature to want to do what we are comfortable with. However, if we are going to grow and improve, we need to change and step out of our comfort zones. At times we all must do things that we are not comfortable with. Over the years in ministry, I’ve noticed that a lot of people like to hear messages that they already know, fully agree with, and that require no life-style change. Old habits and traditions often take priority over truth.

In our work with Living Water International around the world, we find that behavior change is one of our biggest challenges everywhere.  In some places people need to be convinced that using and drinking water from a new water well in their community or village is better than going to the river that they have been using for years.  The comfort zone issue seems to be a world-wide problem.  Most people have comfort zones and resist change to some degree. 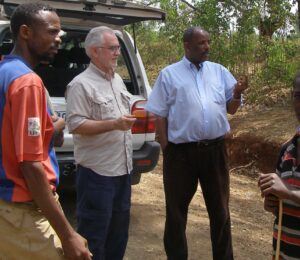 One of the challenges those of us in the Orality Movement are facing is the initial questioning, skepticism, and resistance among some. A few pastors, church leaders and the more educated people sometimes think that Orality methods are a step backwards, because literacy-based academic training has been emphasized in the modern western models of theological education. Some still think orality and storytelling are for bedtime stories for children or the people of the world who are often referred to as illiterate, non-literate, or functionally illiterate. However, rather that defining people based on what they cannot do, many are now realizing we can define them based on what they can do, they are oral learners, by necessity or by preference. When people are exposed firsthand and experience the depth, breadth, and multi-faceted aspects of the Orality Movement, they begin to understand and embrace it.

A successful businessman, who participated in an Orality Training Workshop, said, “Of all the conferences, seminars and training events I have attended over the years, I have never experienced one that is so practical and immediately useful as this one.” People are often amazed and surprised at how much we can learn in one day, using no literate-based or technological resources. LWI’s model is designed and intended to prepare people to go to any place and any people group on the planet, with just what is in their heads and hearts, that can be reproduced in the heads and hearts of others. 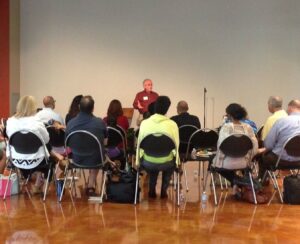 Orality Strategies having Impact in the USA

When pastors and mission leaders take the time to discover the significance of orality, it makes a world of difference. When they personally participate in a training, it is often a transformational experience. We have often observed that orality is better experienced than explained, which is why we focus on demonstration, participation, and explanation. There is an age-old problem of not knowing what we don’t know. It is an eye-opener when we are exposed to new things that cause us to think differently and realize the value of learning and doing new things. In the case of orality however, it is not as much a new thing, as a rediscovery of ancient ways that have been neglected for the past 500 years or so.

With better research we now know that more than 70% of the world’s population are oral learners, by necessity or by preference. These are the 5.7 billion people who can’t, don’t or won’t read, or prefer to learn by means other than print-based media or written instruction. It would be easy to think of them as less intelligent, but many who have had very little or no formal education are very bright. In fact, in our orality training in Asia, Africa, and Latin America we work with some who may speak 5 to 10 languages, even though they may not read or write any of them. It is amazing to discover the spiritual insights and understanding they have. There is much that we in the Western World can learn from them. 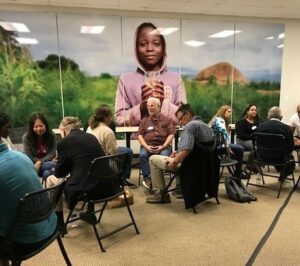 The more biblically knowledgeable Church and mission leaders, who have an international and cross-cultural orientation, usually can get their minds around the significance of orality when confronted with the right questions. The following are a few of the questions that are often eye-openers and give perspective to the movement:

*  How would you go about sharing or communicating the Good News of the Kingdom of God in places where you cannot take literate or technological resources?

*  How would you go about making disciples in places where the people have no literate skills or Scripture in their language?

*  What are the most important truths that people need to know in order to enter a relationship with the Living God?

*  How much, and what, do people need to know in order to become reproducing disciple makers (followers of Jesus)?

*  What are the most appropriate methods (delivery systems) to communicate these truths to others?

*  Who is our best model throughout all of recorded history as a communicator, trainer and disciple maker?

*  How can we ensure that our message and methods are biblical, understandable, and reproducible in all places and among all people groups?

The prerequisite to answering these questions needs to be based, not on 2,000 years of church history, but on the Scriptures, with a special focus on the life, teachings and Spirit of Jesus and the Early Church. When those questions are properly addressed, then we understand how we can go to the ends of the earth, to every place and all people groups and make disciples in ways that can be reproduced within that people group. We often emphasize that Jesus did not say, go and make disciples of all literate people groups, but all people groups. No one is excluded.

Internalizing the Word of God

From this process, many are coming to the important conclusion that the lessons we learn in the Global South and the rapidly reproducing disciple making movements will also work in the Western World. Learning preference and behavior change are important considerations if we want people to internalize the Word of God. Relational, communal, narrative, and participatory methods are amazingly effective ways of carrying out the Great Commission.

Sometimes important lessons can be learned or discovered because of being pushed out of our comfort zones. For example, a pastor was in the middle of his sermon in a church service and the lights went out. He may not have thought he was prepared to continue, but because he had no choice, he did so. He was amazed at how much he could remember without his notes. That was a valuable experience which was beneficial for years to come. 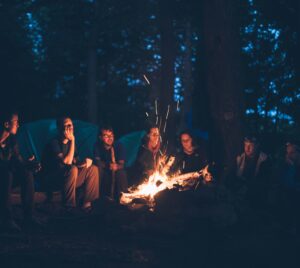 Sharing Truth in the Dark

A missionary was in a country where an armed conflict was taking place. He had the opportunity to share the Gospel and do some Bible teaching with a group of local people. However, because of the possibility of hostile fire from a rebel group in the region, they could not use lights of any kind. So, they were limited to sharing and teaching only what they could remember. The missionary shared with great excitement how effective his orality training was in that situation.

The Word in our Hearts

Another mission worker shared that a rebel group had stolen their Jesus film equipment. He went on to say that they had received orality training a few months earlier, so they were equipped to share the gospel using only Bible stories and oral methods.

A university professor in the United States attended an orality training workshop. A few months later he told me that he had begun using the orality methods in his classes at the university. He was amazed and encouraged by the enthusiastic response of his students.