Top Posts
Knowing the One Who Always Keeps His Word
Pregnancy Resource Centers Fight For Life Amidst Opposition
This World is Not Our Home
Lessons Learned From a Gingerbread House
Let There Be Peace on Earth
‘I Wanna Dance’ movie: Whitney Houston’s success and...
Fact Finding, Sight Seeing, and Prayer Walking
Kidney donation led to 8 life-saving surgeries
The Power of Curiosity
When Love Came Down at Christmas
Home Tags Posts tagged with "Beliefs" 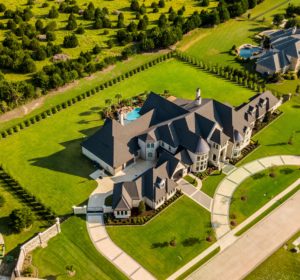 Houston, TX (ANS) – In 1964, just before joining the United States Air Force, a retired Army colonel shared some valuable advice with me. He told me that if I got stationed overseas, rather than taking leave time to return to the States, that I should use my leave time to travel in the surrounding countries where I was stationed.  As a result of his advice, I traveled to more than 30 countries during my four years in the service.  Another piece of advice that the colonel gave me was to always work a little harder and strive to do more than anyone else among my peers.

Concepts and Principles of Success

During my college years I was blessed to have a summer job selling books door-to-door with The Southwestern Company (now Southwestern Advantage).  It was an accelerated learning journey and introduced me to many new concepts and principles of success.  A few of the important lessons I learned during those years included being teachable, following instructions, disciplined work habits, good communication skills, time management and many others.  With The Southwestern Company’s significant growth and diversification, it has become the Southwestern Family of Companies, led by some really amazing people. 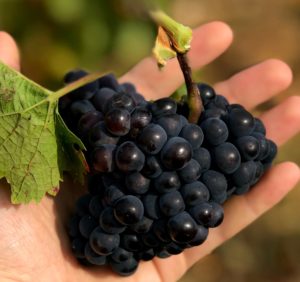 Those in Union with Christ will Bear Much Fruit (John 15:1-5)

It was during those years that I was exposed to a whole new world of ideas and belief systems. While the majority were beneficial, many were destructive and damaging.  Over time, I discovered that much of the success motivation and human potential movements were influenced by unbiblical Eastern mysticism, borderline occult and new age belief systems.

Fruit in its Season

Being well grounded in Scripture can help us discern between the popular views of success and good success.  Joshua 1:8 tells us that if we know, meditate on and obey the Word of God, the Lord will make our way prosperous and we’ll have good success.  The Psalmist tells us if we delight in and meditate on the law of the Lord, we’ll be like a tree, planted by rivers of water that brings forth fruit in its season, and whatever we do will prosper.

Many people have become very successful, by the world’s standards, by applying biblical principles.  In fact, several years ago a leading success motivation professional admitted that the primary concepts and principles of success that they charge huge amounts of money for what can actually be found in the Bible. Having been involved in, benefited from, and observed the success motivation and human potential industry for more than 50 years, I have gained a few helpful insights into the movement.  Because there is such a mixture of worldviews and belief systems today, it is easy for some people to be drawn into these unbiblical beliefs. 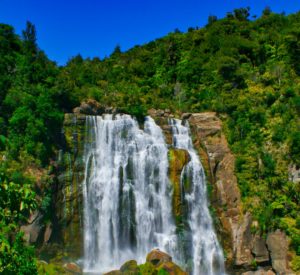 Those who Believe in Jesus will have Rivers of Living Water flowing from within them (John 7:38)

While in college in the early 1970s, one of my professors introduced me to the Maharishi Mahesh Yogi and the Transcendental Meditation movement.  Thinking it was just another self-improvement and personal development methodology, my wife and I were initiated into the Students International Meditation Society.  Thankfully, our TM journey was short lived, but turned out to be a valuable learning experience.  In retrospect, it gave us some insight and discernment we may not have gotten otherwise.

The Lord has used those experiences to better equip us for witness and ministry opportunities to those being introduced to various unbiblical belief systems.  One of my spiritual mentors years ago told me that there is nothing wasted with the Lord. Certainly, the Lord uses all of our experiences, both positive and negative, for our good and His glory.  He brings light out of darkness.  He turns curses into blessing and is faithful to redeem us from all our bad decisions, sin and self-centeredness.

One of my friends and mentors was the late Charlie “Tremendous” Jones, an internationally known speaker and author.  He received numerous awards and recognitions in his lifetime.  He tells the story about how a fire that destroyed many of his trophies, awards, recognitions, and photos.  As he was lamenting the loss, he said the Lord seemed to say to him, “It’s okay Charlie, I was going to destroy all of them anyway.”  In reality, all the material awards we accumulate here on earth will one day be destroyed.  The only things that last forever are the Word of God and people.  That realization should help us prioritize our time and resources.  There are a very few things we can do here on earth that will last for eternity.