Top Posts
Pregnancy Resource Centers Fight For Life Amidst Opposition
This World is Not Our Home
Lessons Learned From a Gingerbread House
Let There Be Peace on Earth
‘I Wanna Dance’ movie: Whitney Houston’s success and...
Fact Finding, Sight Seeing, and Prayer Walking
Kidney donation led to 8 life-saving surgeries
The Power of Curiosity
When Love Came Down at Christmas
A Walk of Faith Begins with a Step...
Home Tags Posts tagged with "Bob Dylan and the Bible"

Bob Dylan and the Bible

In Bob Dylan’s recent Albuquerque concert (March 6), he performed two of his overt Christian songs,  “Gotta Serve Somebody” and “Every Grain of Sand,” not to mention the multitude of songs referencing or alluding to the Bible. Anyone familiar with Dylan’s corpus of music knows he is “Tangled Up in the Bible,” as Michael J. Gilmour reminds us. 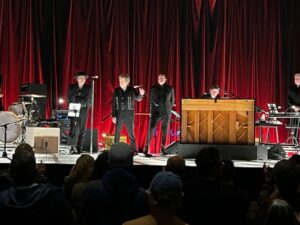 During the concert I spoke to a friend.  He mentioned that he wished Dylan performed more of his overt Biblical songs (aka music from “Slow Train Coming,” “Saved,” and “Shot of Love”).  I said he did perform Biblical-influenced songs; we just need ears to hear.  The Bible is everywhere in Dylan’s world.

People can see—first-hand—the lyrical integration and masterful ways in which Dylan weaves the Bible—and other motifs—in his lyrics, giving as NPR notes, “the stories behind the music.” 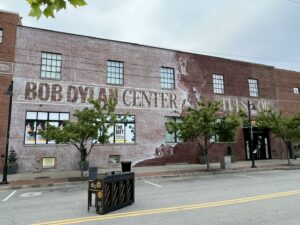 The Bob Dylan Center opened this month, prior to Dylan’s 81st birthday on May 24th.  Working in conjunction with Tulsa University for Bob Dylan Studies, it will become the premier home for Dylan scholarship.  Tulsa University, along with the Kaiser Foundation, purchased the 6,000 items, which include lyrics, photos, film, and other personal items in 2016. The museum already has slated a symposium on “Dylan and The Beats” scheduled for June 3-5.  I’m sure there will be a Bob and the Bible symposium in the future; there must be—Dylan’s use of the Bible is, well, Biblical in proportions.

And beyond the Bible, Dylan’s plain or passive reference to God is even more telling.  As he told Steve Turner for The Guardian, “I can see God in a daisy. I can see God at night in the wind and rain. I see Creation just about everywhere. The highest form of song is prayer. King David’s, Solomon’s, the wailing of a coyote, the rumble of the earth. It must be wonderful to be God. There’s so much going on out there that you can’t get to it all. It would take longer than for ever.” 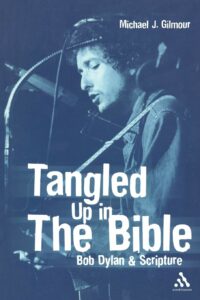 Tangled Up in The Bible, Michael Gilmour

All said and done, Dylan has a deep Biblical imagination.  As Pascal Emmanuel Gorby writes for The Week, “Dylan is a profoundly spiritual poet, and his spirituality is profoundly shaped by the Christian Bible.”

The Center boasts it will “offer unprecedented access to the creative life of one of America’s most important and influential artists.”

I know I’ll be going to Tulsa soon, Bible in hand, with Bob on the radio.