Top Posts
Knowing the One Who Always Keeps His Word
Pregnancy Resource Centers Fight For Life Amidst Opposition
This World is Not Our Home
Lessons Learned From a Gingerbread House
Let There Be Peace on Earth
‘I Wanna Dance’ movie: Whitney Houston’s success and...
Fact Finding, Sight Seeing, and Prayer Walking
Kidney donation led to 8 life-saving surgeries
The Power of Curiosity
When Love Came Down at Christmas
Home Tags Posts tagged with "Bob Fu"

The authorities demanded the church to cease its activities immediately and read out an official document formally banning the church, according to International Christian Concern (ICC), which said the raid occurred on Saturday, March 23, at around 1:50 p.m. 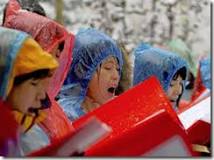 ICC says authorities also demanded Pastor Zhang Xiaofeng sign and keep a document claiming that the church ‘has conducted activities as a social organization without registration, which is in violation of Regulations of Religious Affairs and Regulations on the Registration and Management of Social Organizations.’

All of the students who were in attendance were taken to a nearby school and questioned by authorities. Several other Christians from another location affiliated with Shouwang were also detained, brought to the school, and interrogated. All those detained were asked to sign a letter of guarantee that they will no longer attend Shouwang, to which they refused. The Christians were only sent homes hours later by local police offices.

In the meantime, the officials switched out the locks at the locations of both raids in order to prevent Shouwang Church members from returning.

Shouwang Church is one of the largest house churches in Beijing and is attended by more than 1,000 people. It was targeted and heavily persecuted for its refusal to join the state-sanctioned church in 2011. Its senior pastor, Jin Tian-ming, and two other pastors have been under house arrest ever since and its purchased property is still confiscated by the Chinese government.

The Shouwang Church is a Protestant house church in Beijing, China, and almost the biggest of about 3,000 of such congregations in the city. The word shouwang means “to keep watch” in Mandarin.

In response to the March 23 raid, Shouwang Church issued a statement to its members, saying that it does not accept the authorities’ decision to ban their church, reminding everyone that the legality of the church is not determined by any religious or administrative agencies. It will continue to meet and operate while adjusting its meeting venues and methods.

Victims from another heavily oppressed church, Sichuan’s Early Rain Covenant Church, expressed their faith and solidarity amid this persecution against the Church. They said: “When we heard that Shouwang Church is being persecuted again, […] and other churches facing various pressure from the government, we kneeled down to pray to give thanks and praises to our God, because we are delighted that the bride of Christ is closely following her husband.”

Pastor Bob Fu, President of ChinaAid, told ICC, “China’s oppression against house churches will not be loosened. A systematic, in-the-name-of-law crackdown will continue to take place.”

Gina Goh, ICC’s Regional Manager, said, “China’s disregard of religious freedom for its 1.4 billion citizens is deplorable. Christians outside of the state-sanctioned churches can no longer worship without fearing of harassment, detention, or even imprisonment. Even official churches face increasing pressure to exalt the Communist Party over God. The international community should continue to press China over its human rights abuses until it is willing to make positive change.”