Top Posts
Pregnancy Resource Centers Fight For Life Amidst Opposition
This World is Not Our Home
Lessons Learned From a Gingerbread House
Let There Be Peace on Earth
‘I Wanna Dance’ movie: Whitney Houston’s success and...
Fact Finding, Sight Seeing, and Prayer Walking
Kidney donation led to 8 life-saving surgeries
The Power of Curiosity
When Love Came Down at Christmas
A Walk of Faith Begins with a Step...
Home Tags Posts tagged with "British Royalty Returns from ‘Exile’" 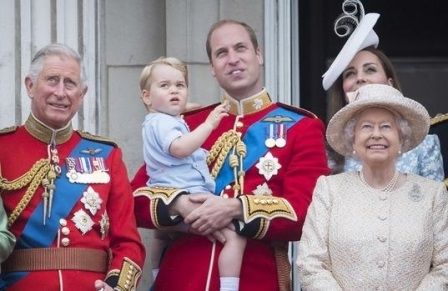 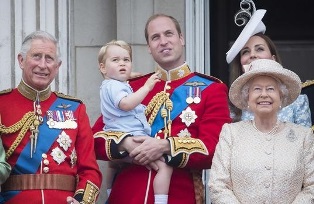 LONDON, ENGLAND (ANS – March 6, 2018) — No British royal has ever yet made an official visit to Israel. But now that “exile” is about to end, appropriately enough, after 70 years — the period spent in Babylon by the Jews of old.

Prince William, the Queen’s grandson and second in line to the throne, will arrive in the country shortly after the celebrations of the Jewish state’s 70th anniversary, which is expected to coincide with the controversial U.S. Embassy move from Tel Aviv to Jerusalem.

The historic visit will also take in Jordan and the Palestinian territories.

The long exile from the modern Jewish state by British royalty is perhaps complex, but seems to reflect Foreign Office policy, which generally amounts to appeasement of the surrounding Arab nations.

Last year a rumoured visit by Prince Charles, heir to the throne, was reportedly cancelled by the Royal Visits Committee on the grounds that it would “upset Arab nations in the region who regularly host UK royals”.1

The Royal family has historically always rejected Israeli invitations for official state visits, although individual members have visited the country in a personal capacity.2

Although the Queen has travelled the world more than most, she has never set foot in Israel, the land which gave birth to the Christian faith she so devoutly follows.

Prince Philip’s only trip was in 1994 to attend a ceremony commemorating his mother, Princess Alice, who is buried on Jerusalem’s Mount of Olives.

Prince Charles has visited twice to pay respects at state funerals as well as fulfilling a longstanding wish to visit his grandmother’s grave, but these were not considered official tours.3

It will be the most high-profile and politically sensitive trip yet for the 35-year-old Duke of Cambridge, and I suspect he too will want to visit the grave of his great-grandmother, recognised by Jerusalem’s Yad Vashem Holocaust Museum as “righteous among the nations” for saving a Jewish family during the war.

As Princess of Greece, she hid Jewish widow Rachel Cohen and two of her five children in her home. Rachel’s husband had in 1913 helped King George I of Greece, in return for which the king offered him any service he could perform, should he ever need it.

When the Nazi threat emerged, his son recalled this promise and appealed to the Princess, who duly honoured her father’s pledge.

No doubt it was effectively out of her hands for the Queen to visit the Jewish state, but she has done even better than that by remaining a loyal, consistent and outstanding ambassador for the Jewish Messiah, whom she worships with undying devotion.

That said, now that the exile of official British royal visits to the Holy Land is finally over, I pray that our political, diplomatic and spiritual relationship with Israel will reach new heights of understanding and support, and thus bring blessing back on our own beleaguered land, plagued with infighting over Brexit along with threats to our freedom from the hard left and extreme right. 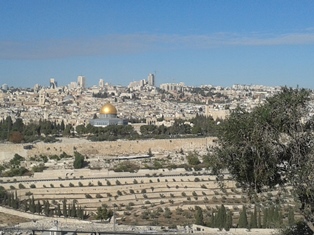 We have betrayed Israel in her hour of need for long enough. A hundred years ago we were granted the great privilege of restoring Jews to their ancient land through an international treaty (at San Remo in 1920) that recognised their right to such territory.

But in the face of Arab opposition, boosted by riots and massacres, we backed down and thus failed to fully carry out our noble calling. To this day we have kept appeasing those who made the most noise and threats, so that we have even allowed ourselves to be taken in by United Nations-backed Palestinian propaganda downplaying Jewish links to Jerusalem, and the Promised Land as a whole.

So, shamefully, we refused to follow President Trump’s lead in recognising Jerusalem as Israel’s capital — it’s been part of Jewish history for 3,500 years while the Palestinians were not even recognised as a people until recent decades.

In fact, there was a time not long ago when Arabs refused to be known as Palestinians. When 30,000 Jews, along with a few hundred Arabs, volunteered to serve with the British forces during World War II, they were permitted to wear a ‘Palestine’ shoulder patch. But the Arabs wouldn’t wear it: “We are not Palestinians; we are Arabs,” they responded.4

The celebrations marking seventy years since Israel’s re-birth on May 14, 1948, are particularly significant as 70 is a number holding great importance in the Bible, of which the exile in Babylon was just one example.

On the other hand, it also has some experts worried as, despite its long history in the land, Israel has only been a united fully sovereign state (not occupied by foreign armies, for example) on three occasions, lasting an average of 70 years so far!5

But the fact that the big birthday will coincide with the U.S. Embassy move to Jerusalem, followed by an official visit from British royalty, is both intriguing and encouraging.

I realise that we now live in a secular-humanist environment, but politicians and diplomats would do well to consider the Bible’s recording of God’s word to Abraham: “I will bless those who bless you, and whoever curses you I will curse…” (Genesis 12.3, Numbers 24.9)

Even more alarming is the stern warning from Isaiah: “For the nation or kingdom that will not serve you will perish; it will be utterly ruined.” (Isa 60.12)

The responsibility for Britain’s fortune or failure will inevitably have much to do with how we treat Israel.

We stand at the crossroads with a great opportunity to bless the Jews – to work with them towards a peaceful future in the Middle East or to work against them in appeasement of their enemies as we have done for much of the last century.

Which road will we take? Will we step out in faith — honouring the God of Israel – or succumb to fear of the repercussions?