Top Posts
Colorado football coach Sanders’ unabashed faith
There’s A Light That Enters Houses With No...
Knowing the One Who Always Keeps His Word
Pregnancy Resource Centers Fight For Life Amidst Opposition
This World is Not Our Home
Lessons Learned From a Gingerbread House
Let There Be Peace on Earth
‘I Wanna Dance’ movie: Whitney Houston’s success and...
Fact Finding, Sight Seeing, and Prayer Walking
Kidney donation led to 8 life-saving surgeries
Home Tags Posts tagged with "Broadway debut" 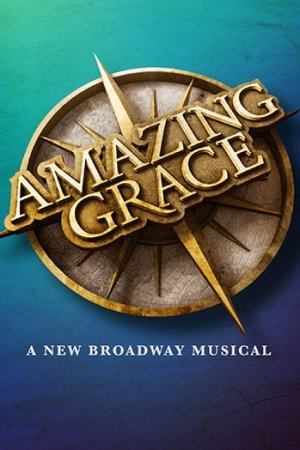 NEW YORK (ANS, May 19, 2015) – A captivating tale of romance, rebellion and redemption, Amazing Grace follows one man whose incredible journey ignited a historic wave of change.

John Newton (Tony Award® nominee Josh Young), a willful and musically talented young Englishman, faces a future as uncertain as the turning tide. Coming of age as Britain sits atop an international empire of slavery, he finds himself torn between following in the footsteps of his father – a slave trader – or embracing the more compassionate views of his childhood sweetheart (Erin Mackey). Accompanied by his slave, Thomas (Tony Award winner Chuck Cooper), John embarks on a perilous voyage on the high seas. When that journey finds John in his darkest hour, a transformative moment of redemption inspires a blazing anthem of hope that will finally guide him home.A media release says that, “Brimming with emotion and adventure, Amazing Grace is an unforgettable musical saga that captures the spirit of history’s sweetest and most powerful sound: freedom.”

Following an acclaimed, sold-out world premiere in Chicago, the faith-based musical is thrilled to announce the full 31-member company returns for the Broadway engagement. 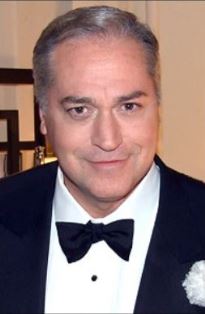 Based on the awe-inspiring true story behind the world’s most beloved song, Amazing Grace will play Broadway’s Nederlander Theatre with performances beginning Thursday, June 25 for a Thursday, July 16 opening night.

“I knew that whatever else I had to do in my life, I had to tell this story to the most people I possibly could,” said Smith. “What a blessing to see many years of passion, hard-work and faith play out through the talents of these remarkable performers, on a renowned stage.”

The production premiered last October in Chicago and was embraced by theatre critics and played to sold-out houses.

“Amazing Grace the musical is the sort of cultural triumph people have hoped for and prayed for for years–a sumptuous top-flight Broadway entertainment with a gloriously redemptive storyline that will inspire anyone and everyone. When it’s over, you’ll want to shout both Bravo! and Hallelujah!” said Eric Metaxas, New York Times bestselling author of “Bonhoeffer” and “Miracles.”

“Hearing ‘Amazing Grace’ sung by this cast makes for an undeniably stirring theatrical moment; it brought tears to my eyes. Amazing Grace features stirring, romantic music and lyrics by Smith with catchy, accessible melodies and is vividly staged…” says Chris Jones, writing for the The Chicago Tribune.

Christopher Smith (Book, Music, Lyrics). Amazing Grace is Chris’ first work of professional writing. He is the concept creator, composer, lyricist, and co-author of the book. Chris is entirely self-taught. The show was born while Chris was working as a police officer and Youth Outreach and Education Director in Montgomery County, PA.

Carolyn Rossi Copeland (Executive Producer). Carolyn Rossi Copeland founded the Award-winning Lambs Theatre in 1978 where she was Producing Director until 1997. She was VP of Creative Affairs Radio City Entertainment/MSG, where she oversaw the Broadway reincarnation of The Scarlet Pimpernel, The Wizard of Oz tour and A Christmas Carol. She returned to reopen The Lambs after 9/11 until it was sold in 2006. She produced the hit Freud’s Last Session that played NYC for 2 years, and Chicago. Amazing Grace has been in development since 2007.

Tickets for Amazing Grace are on sale now via Ticketmaster.com or by calling 877-250-2929.

About the writer: Michael Ireland is a Senior Correspondent for the ASSIST News Service, as well as a volunteer Internet Journalist and Ordained Minister who has served with ASSIST Ministries and ASSIST News Service since its beginning in 1989. He has reported for ANS from Jamaica, Mexico, Nicaragua, Israel, Jordan, China, and Russia. Click http://paper.li/Michael_ASSIST/1410485204  to see a daily digest of Michael’s stories for ANS.